The Bitcoin SV team said it has been suffering a huge 51% attack since Tuesday 3rd August at around 11:45 am. This type of attack is unfortunately huge in scale and hard to see coming, and could spell colossal losses for BSV. Let’s dive into this hack! 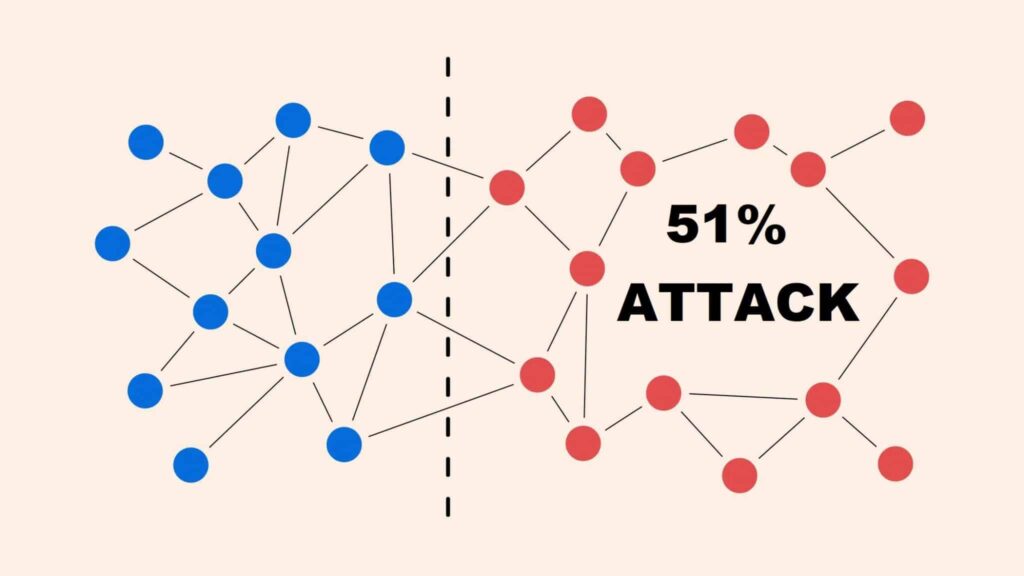 The point of entry

“After an attempted attack yesterday, some serious hashing power was unleashed today at 11:46 am and attackers are succeeding,” Lucas Nuzzi of Coin Metrics said.

Coin Metrics yesterday confirmed, using their FARUM tool, the ongoing attack on the BSV network. This so-called 51% attack is harmful to the network and can have dramatic consequences. The analyst at Coin Metrics added on Twitter that “Someone is seriously trying to destroy BSV”.

We will not go into the technical details of this type of attack, especially since we have already addressed the topic. We will simply return to the basic concepts of this kind of hack.

In a 51% attack, hackers will block users’ transactions by creating a chain parallel to the active chain. Their goal is to modify the history of the blockchain and therefore, to repeat transactions that have already taken place. In other words, they can spend their funds twice. A bit like if you went to the shop for a bottle of milk, you paid £2 and someone came up behind you, took this money from the worker’s hands and paid for their milk with it too! Not good!

Lucas Nuzzi from Coin Metrics, indicated that a dozen blocks had been reorganised and three versions of the chain mined simultaneously across different pools. This type of attack is common on Proof of Work protocols, which require a lot of computing power, but are almost impossible with Proof of Stake algorithms.

Consequences and the future of this type of attack

Since the announcement, the BSV token has lost about 6.5% of its value. In addition, user confidence in the project is likely to be weakened. Let’s talk about the project! Bitcoin SV was born out of confusion about the Bitcoin blockchain. A first hard fork on the main chain created Bitcoin Cash (BCH) in 2017, and a second gave birth to Bitcoin SV the following year. The people behind the project want to keep the vision of Satoshi Nakamoto. No updates have been made to the project since the attack, but the Bitcoin Association has been encouraging node operators to choose the ‘valid’ chain that avoids the attack.

The attack is currently under control and the necessary measures will be taken to better monitor the activity of miners on the blockchain. It seems that in the future, Proof of Work blockchains will gradually give way to Proof of Stake blockchains for security and ecological reasons, making these kinds of attacks almost impossible.