Interoperability Protocol PolyNetwork has fallen victim to an exploit, resulting in the loss of various cryptocurrencies worth around $600 million (~£433 million), the platform’s developers said today. 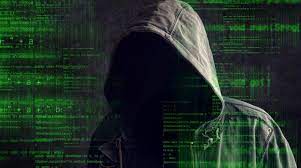 The announcement of the hack

“We are sorry to announce that #PolyNetwork was attacked on @BinanceChain @ethereum and @0xPolygon,” the developers also stated in PolyNetwork’s Telegram channel. “We call on miners of affected blockchain and crypto exchanges to blacklist tokens coming from the above addresses.”

The project’s development team said that the assets stored on Binance Smart Chain, Ethereum and Polygon were transferred to addresses that supposedly belong to the hackers.

Thus, it could be the largest hack in cryptocurrency history to date. The previous “record” was set by the Coincheck exchange, which lost around $530 million (~£383 million) in January 2018.

Moreover, since PolyNetwork is an interoperability solution, this means that other projects using PolyNetwork could be affected by this hack as well. On the protocol’s website, you can find all the crypto projects it is integrated with. Currently, there are several dozens of such projects.

The team in charge of the protocol has promised to “take legal action” and asked the hackers to return the stolen funds.

Despite the suddenness of the hack, there were already some preconditions for it. Earlier in August, PolyNetwork announced on its Twitter account that a security breach had been detected. Let’s see how the company will cope with this situation and improve its security to a new level.