One of the greatest advantages of blockchain and cryptocurrencies is that each transaction users make is a unique exchange between two parties. This allows for privacy of financial history and protection from the threat of account or identity theft. However, there are always exceptions to all rules. 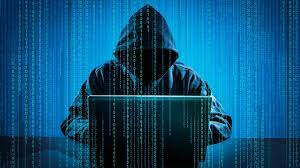 Yet another kidnapping for crypto ransom happened on 6th November. According to the police of Hong Kong, the case involves at least seven kidnappers who showed up when the 39-year-old victim went to meet a buyer to sell Tether (USDT).

The victim was lured into Kowloon Bay industrial unit to carry out the transaction. Instead the gang reportedly beat the investor with hammers and metal chairs, later forcing him to give up all of his possessions, including his phone, as well as passwords for his online banking and trading platform accounts. Trader’s relatives also got a call – the kidnappers were asking for a $3.85 million (~£2.87 million) ransom.

The family called the police only three days later, on 9th November. Three more days passed before the victim managed to escape from his attackers which resulted in police arresting two people in the area on the very same day and five more people in the next two days.

Officers announced that they are currently looking for the rest of the gang – about eight of them, all believed to be members of a Sun Yee On triad faction, including the suspected division boss. The victim is recovering from multiple serious leg and hand fractures in hospital.

Make sure to stay careful

There are multiple risks to trading cryptocurrencies, however, scamming remains the most dangerous one. Almost 7,000 people lost upwards of $80 million (~£59.6 million) in crypto scams from October 2020 through March 2021, according to the Federal Trade Commission (FTC).

Most kidnappings are very similar – the captors were able to competently exploit open source information to identify individuals famous for profitting from their crypto investment portfolios and seek them out for kidnapping.

The anonymity of blockchain and cryptocurrencies continues to grab the attention of organised criminal groups. For example, a cryptocurrency trader was kidnapped by suspected triad members: his captors tried to extract a $3.85 million (~£2.87 million) ransom from his family. Luckily, they were caught.