The Federal Reserve chairman Jerome Powell spoke in front of the Senate committee, saying that “it is appropriate, I think, for us to discuss at our next meeting, whether it will be appropriate to wrap up our purchases a few months earlier.” After Powell’s speech, the crypto market plummeted. 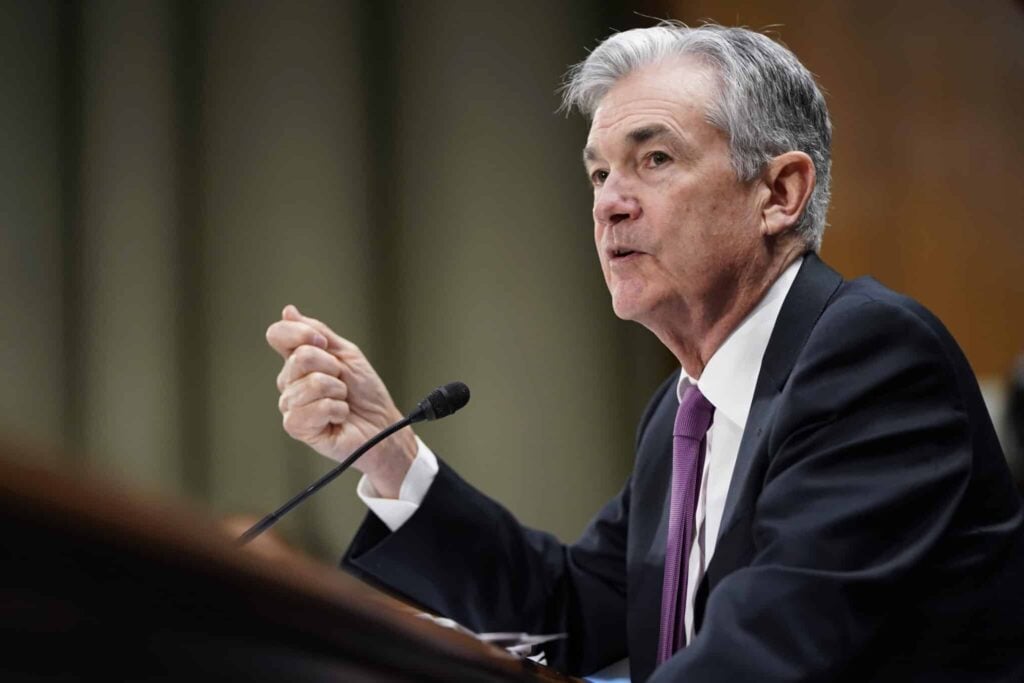 The Fed Chairman’s statement bears particular significance for investors all over the world. For months, they have been waiting for him to acknowledge that inflation pressures persist. According to Powell, inflation will only begin to decline in the second half of 2022.  “I expect that we will discuss that at our upcoming meeting,” he said, referring to the Fed’s policy meeting on 14th-15th December.

The reason for the Fed’s change of heart was the increase in the consumer price index (CPI) hitting its 30-year high (6.2% in annual terms) in October 2021. Earlier, Powell and his colleagues insisted that the surge was “transitory”.

“I think it’s — it’s probably a good time to retire that word [“transitory”] and try to explain more clearly what we mean,” Powell stated. He also said the Fed will use “its full range of tools to support the US economy in this challenging time.”

The initial tapering schedule would have seen bond purchases wrap up around June. But if the committee chooses to accelerate, that could mean a close earlier in the spring, giving the Fed leeway to raise interest rates anytime thereafter.

Bitcoin’s price slides down after the news

The change in the Fed’s rhetoric caused the dollar to strengthen, while the US stock market sentiment deteriorated, the S&P 500 index ending 30th November with a drop of 1.9%. The crypto market’s recovery was also interrupted by Powell’s speech. Bitcoin (BTC) dipped from $59,000 to $57,000 within two hours and remains there as of this writing, according to CoinGecko. Ethereum also hit $4,520, but subsequently returned to the $4,700 area.

Many investors see Bitcoin as a hedge against inflation, its supply tightly controlled by software embedded in the blockchain. This contradicts the monetary policy of the Federal Reserve System, which has ballooned its balance sheet to about $8.7 trillion, a two-fold increase since the beginning of 2020.

Yesterday, Glassnode analysts still doubted whether a correction wave would hit Bitcoin, pointing to a high share of “profitable” coins and a balanced situation in the crypto derivatives market.