Bitcoin (BTC) outlook: cloudy, with a chance of FUD

The world’s biggest central banks despise Bitcoin as an escape route from their system of inflationary indebtment and global enslavement. The powerful will do whatever it takes to prevent anything from getting in the way of their currency monopoly. 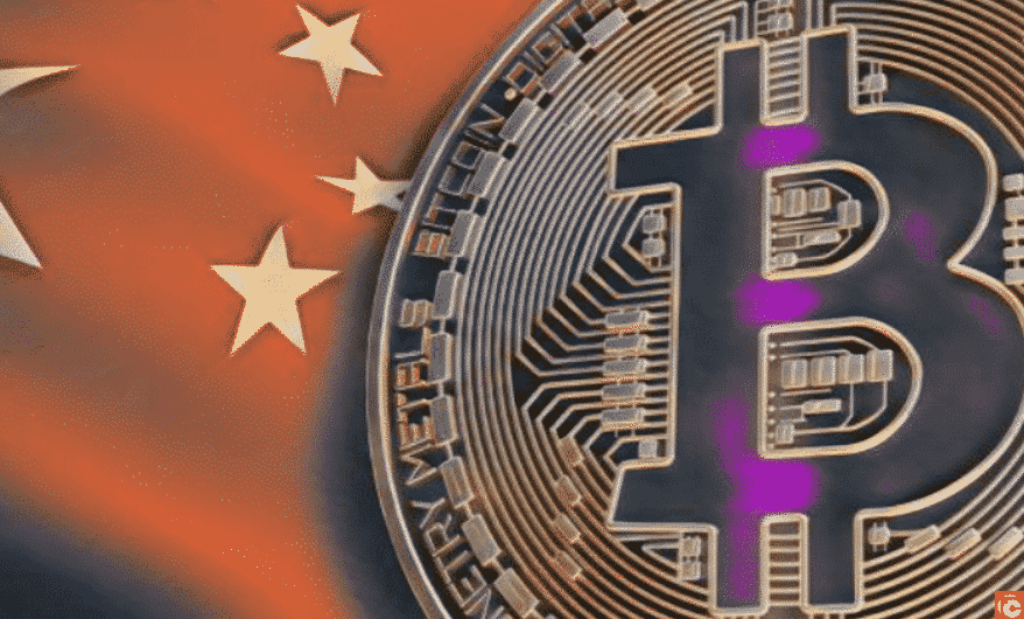 The news that China had banned mining, which was blown out of all proportion, came from a press release following a meeting of the Chinese Financial Stability and Development Committee, the most powerful administrative authority in the country.

In the press release, we can indeed read that the committee has called for a “crackdown on Bitcoin mining”.

While it is not a lie, it is hardly a scoop. China had already banned Bitcoin mining in Inner Mongolia over environmental concerns: Inner Mongolia’s electricity is primarily generated from coal. Subsequently, Chinese miners relocated to Xinjiang. However, electricity in this region is equally as carbon heavy, and this was the reason for the latest warning shots from the Chinese government.

Earlier this year, Mustafa Yilham, the owner of Bixin Group, wrote on twitter: “Since Inner Mongolia is shut down & its dry season. According to our knowledge on the ground, >80% of the mining farms in China are all located in Xinjiang as of last week.”

Therefore, this latest press release is the state council further increasing pressure on miners to capture genuinely wasted energy, including during the dry season.

China has not ‘banned Bitcoin mining’. In fact, is this not precisely what the doomsayers wanted to hear, those who repeatedly complain that ‘Bitcoin is controlled by the Chinese Communist Party’?

Elsewhere, what are the consequences of the announcement for Bitcoin? Initially, we are looking at a temporary decrease of the hash rate of around 30%. Transactions will slow down for a week or so until the mining difficulty adjusts and transaction speeds return to normal.

In the longer term, given that China is busy implementing a social credit dystopia and the end of physical currency, we can expect Bitcoin to continue to grow in popularity on the other side of the Great Wall, undercover, if necessary.

Reading the above tweet, it is hard not to believe that instructions were passed around the mercenaries in the docile corporate press. Mass media was almost unanimous in its delight after Elon Musk acted as if he had just discovered that Bitcoin consumed electricity.

On this subject, be sure to read our in-depth analysis on Bitcoin’s energy credentials?

Out of the blue, journalists at Bloomberg, Reuters, IndiaTimes, Fortune, FX Empire and more decided to use the term “gyration”, meaning ‘circular movement’. It would appear that these pseudo-journalists, the official mouthpieces of power, intended to use this particular word to describe Bitcoin’s volatility. It is a perfect demonstration of their role in brainwashing the general public by endlessly repeating lies that eventually become the word of the gospel by force of repetition alone.

Speaking of the gospel, we also saw the Pope himself get involved in the FUD. His Holiness chose the perfect moment to get involved and berate the use of fossil fuels:

HFSP Pontifex. Remember that throughout history, the Catholic Church has tried its utmost to proscribe books that contradict the religion’s principles. Ironically, publishers have been known to use this list of proscribed literature to print the most highly sought after books to sell to the public. Will the same happen to Bitcoin?

The shamelessness of those who criticise Bitcoin shows just how difficult it is for the cryptocurrency’s detractors to tarnish its name. There is not a single fair argument that can successfully compete with a veritable technological jewel that serves as both a stateless currency and a shield against inflation, as well as being indestructible.

It is essential we do not allow the media circus to distract us from what is really at stake here: inflation is spiralling out of control. Prices are currently rising by 4.2% per year in the United States and 3% per year in Europe (although if house prices were to be included the true figures are far higher).

Bitcoin is gradually going to become an inevitability as fiat currencies collapse due to lack of growth. In reality, the pious whining of CO2 emissions by the Pope and the overlords of the Great Reset will not stop until there is a decrease in energy consumption, and therefore, a decrease in growth. This will cause a chain reaction in which debt, and therefore the value of fiat currency, will eventually come crashing down.

Whatever happens, ‘peak oil’ promises us degrowth on the horizon, whether you agree with the World Economic Forum or not. The ‘elites’ are well aware of this, and they are busy accumulating the currency that is always legal tender, even in times of war: gold. From now on, they are also accumulating Bitcoin.

What we are currently witnessing is an effort to frighten smaller investors and extract their bitcoin (BTC) from them on the cheap. It really is as simple as that.

We will end this analysis of Bitcoin by citing Ross Stevens of NYDIG, the company that is going to allow every bank in the United States to invest in Bitcoin:

“Saturday, I talked with heads of three of the largest central banks in the world about U.S inflation and Bitcoin. I would guess there is a 50/50 chance a central bank declares Bitcoin either legal tender or the reserve within 12 months.”

In fact, Iran’s central bank has already done it. Hold!