Autographia and HODL Token have announced that they are auctioning off Elon Musk’s own autographed Tesla, alongside its NFT version. 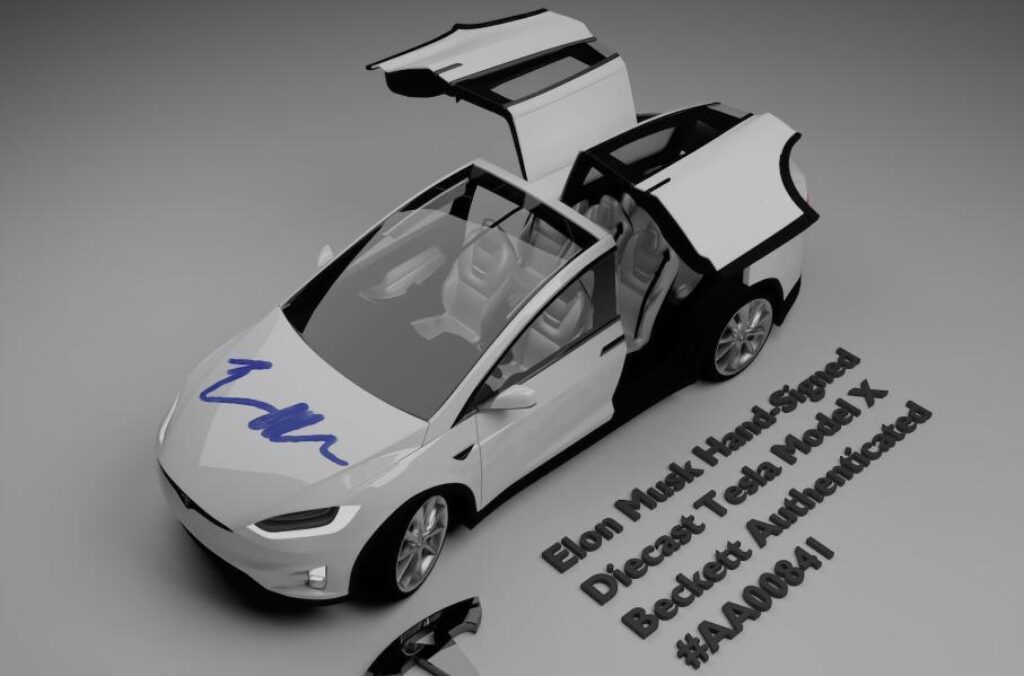 Both parties are really excited about the auction

Along with the Beckett-authenticated physical Tesla itself, the buyer will get its exact NFT replication.

The auction is something all three sides have been looking forward to for a while now. Elon Musk has been known for his soft sport for all things crypto, and Autographia has always been keen to partner with influential new figures.

Jim Martin, Autographia Vice President of Fan Experience, shared his thoughts on the auction: “It is with great excitement that we launch this new venture – an opportunity that has not been seen before in the memorabilia landscape with someone as influential as Elon Musk.”

He also commented on working with HODL Tokens: “HODL is comprised of smart, cutting edge crypto buyers, and we greatly look forward to introducing our memorabilia to new sets of eyes that value NFTs and can show the value that memorabilia brings as an investment over the short and long term.”

The NFT segment is evolving at a breathtaking pace. A few years ago, crypto enthusiasts worldwide could only dream of this level of engagement on the side of companies and users not directly associated with this field.

Nowadays, NFT has become nothing short of an obsession that has the world’s corporate and tech giants jumping onto the bandwagon en masse.

Among them are the likes of DC and Marvel with their recent superhero-themed NFT series, along with Coca-Cola, Lionel Messi, and even Visa, who is among the most recent names to have joined in on the trend.

As for the automobile industry, this isn’t the first time a prominent car manufacturer has sold physical its cars alongside their NFT equivalents.

RubiX, for instance, has auctioned off one of the ten replicas of the Lykan HyperSport featured in Fast & Furious 7. And even before, Polestar implemented a similar scheme to trade its Hybrids for digital art.

The trend seems to be taking off, and it’s very inspiring to see how the world’s fascination with NFT is bringing digital art to a whole new level. Hopefully, we’ll be seeing more and more companies contribute to the development of the NFT phenomenon, blurring the line between the physical and the digital, and allowing people to focus on what really matters: art.