Automatic Reinvestment: The Secret to Exploding Your Crypto Wealth

From cryptography to decentralised finance, the crypto industry is fond of exotic, innovative and often unprecedented ideas. But when it comes to investing, there is often no need to reinvent the wheel. As such, the concept of compound interest, which dates back for millennia, is one of the most powerful tools for anyone who wishes to grow their capital in a simple and efficient way. 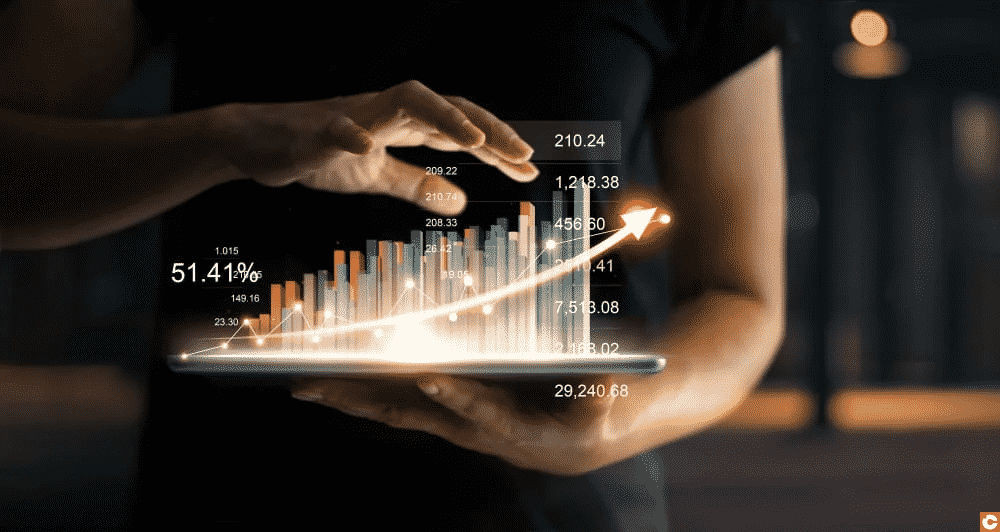 Whether we are talking about the equity market, the traditional savings market or crypto assets, compound interest will apply with the same rules and the same efficiency. Overall, your wealth grows exponentially, without forcing you to take constant (and usually counterproductive) trade-offs.

Feel Mining, the French company specialising in Bitcoin and crypto mining, has just revealed a new feature that will allow its community to benefit from the power of compound interest: automatic reinvestment. We will explain all in today’s Mining Column article.

Warning: This sponsored article is brought to you in partnership with Feel Mining. Crypto investments are risky by nature, do your own research and invest only within your financial capacity. This article does not constitute an incentive for investment.

To make even bigger profits, enjoy 5% off all Feel Mining services (including machines!) with code TCT  (Excluding special offers and staking).

What is compound interest?

According to legend, Albert Einstein, a little-known 20th century physicist, said that compound interest constitutes “the eighth wonder of the world.”

Even if the quotation itself may not be real (however brilliant he was, Einstein may have had other topics to tackle and the curvature of space-time to explain), the quotation is still no less striking and sums up a well-established principle: the mechanics of compound interest are of unparalleled power when looking for the best ways to grow wealth, whatever its nature.

The essence of the process is confusingly simple: it consists of systematically re-investing the interest generated by your investment back into the initial capital. This capital grows, and generates even more interest, which again is re-invested, etc.

The whole process feeds a virtuous loop whose effects can be maximised through leverage as time passes. The two key takeaways are:

The mechanics perfectly illustrate the principle that ‘pennies make pounds’.

The human factor is excluded from the equation. Just like when dollar cost averaging (investing an X-sum at regular intervals, regardless of the state of the market), setting up a loop of reinvestment of compound interest saves you all the tactical errors in investment psychology that 95% of rookie traders make.

Warning: Here, we need to emphasise a simple but essential principle in order to calmly invest in the crypto space: do not focus on the fiat value of the cryptocurrency (dollars or pounds) at a moment. Cryptocurrencies are experiencing large variations in prices, both up and down.

We will use the NRG token a lot today to illustrate the principle of compound interest. £1000 of NRG invested today could easily equate to £1100 tomorrow and £850 the day after tomorrow. What is important in this demonstration is to see how the overall number of NRG grows thanks to compound interest (and if at the same time the NRG price increases, it’s a double win, if it decreases, the dividends recovered will compensate for all or part of your losses).

In our example, we will look at the performance of Energi masternodes, whose dividends currently amount to about 45% (source: Masternode Online).

Now imagine today investing in the purchase of a full Energi masternode, or 1000 NRG tokens (for a benchmark amount of around £1100). You decide to activate the automatic reinvestment function on the Feel Mining website, so that your dividends are automatically added back into the original collateral. Over three years, you generate the following:

In three years (December 2023), your capital will have increased from 1,000 to 3,048 NRG, a growth of 300%. In addition to the substantial gains generated, the process requires no micromanagement: once implemented, the compound interest system produces its effects indefinitely. Investment legend Warren Buffett is quoted as follows:

“My wealth has come from a combination of living in America, some lucky genes and compound interest.”

The powerful qualities of compound interest have been well known for a long time in the world of traditional investment, where their effectiveness is no longer seen. However, the process is not yet widespread in crypto investment, something that the Feel Mining is starting to solve!

How do I set up Masternode automatic reinvestment with Feel Mining?

Let’s continue the following example: you are the lucky holder of a masternode (or part of Masternode) for NRG. If you don’t know about the Energi project and its NRG token yet, this article is just waiting for you.

Since your initial investment, your NRG collateral will pay out dividends daily, which increases your capital in NRG, and can be controlled at any time.

As you probably know – or will have deducted – the dividends generated by Feel Mining’s masternodes are withdrawable at any time (if you wish to move them to a personal wallet, for example) or convertable at your leisure and at any time into Bitcoin, Ethereum or many other cryptocurrencies, including VeraOne (VRO). Speaking of VRO, did you know that investing in Feel Mining can earn you cashback in gold?

The regulars will have immediately noticed that a new tool called “Automation” has recently joined these functions. Despite its modest appearance, this new feature can make all the difference and radically boost your initial investment!

When switching on this feature, you have two choices: setting an automatic withdrawal rule (which will allow you to trigger a transfer once a certain dividend threshold is reached, a feature that has been around for a long time) and our topic of the day: automatic re-investment.

Clicking bravely on this little button will take you to the following window:

A progress gauge allows you to clearly see the number of tokens you will need to accumulate in order to unlock automatic reinvestment. In the example above, it will be accessible as soon as approximately 37 additional NRG tokens have been generated by the Masternode. In this case, with an estimated dividend of about 2.35 NRG/day (based on a collateral of 1400 NRG), this will be reached in 16 days based on our example.

Automatic reinvestment is possible on the Energi masternode after earning 106.55 NRG. This is precisely the ticket to subscribe to a share of Masternode shared Energi including the commission.

Feel Mining doesn’t just offer goods and services related to Bitcoin mining and Masternodes. The Grenoble company also excels in staking and offers several of the flagship projects in the industry such as COSMOS, Algorand, AVAX or Tezos.

Even though the product differs, automatic reinvestment is still available through Feel Mining’s staking services. Here is an example with COSMOS is its ATOM token (a decentralised finance project that you can discover better here):

The path is similar to that for the NRG masternode. Nice surprise: in this example, the threshold for automatic reinvestment is already reached (21 ATOM).

The transactions are perfectly self-explanatory: enter your password, tick a box to confirm that you have fully understood that your dividends will be used to establish a new staking contract.

New notifications appear on your dashboard, confirming the creation of a new contract and the validation of automatic reinvestment. In addition, you are sent an email for your records.

To turn a profit even faster, enjoy 5% off all Feel Mining services (including machines!) code TCT  (Excluding special offers and staking).

Whether an expert, professional trader and investor or simply aspiring to become one, remember this key idea: simple solutions are often the most effective! As such, don’t miss out on the power and ease of automatic reinvestment, including in your crypto investments.