Bitcoin (BTC) Overview: Another Monday, another attempt for Bitcoin (BTC) to break the $50,000 resistance. Technically, it has already reached it, so we have to see it take proper hold above this level. 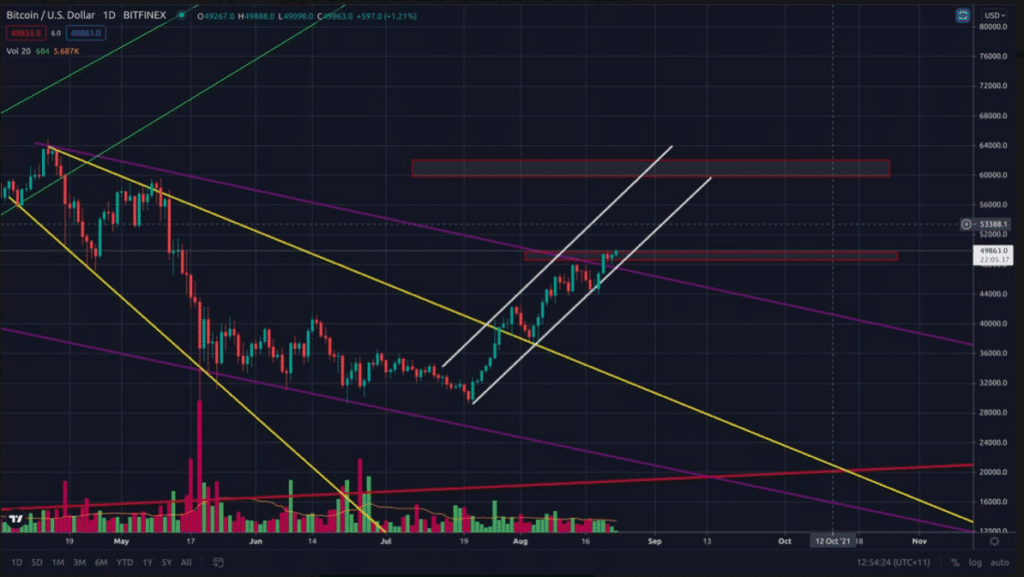 If we forget about the $55,000 psychological level, $60,000 is gradually becoming the next resistance that the cryptocurrency will have to break.

Users should expect a consolidation above $50,000.

Ethereum (ETH) Overview: Ethereum (ETH) isn’t doing so hot right now. Despite the fact that the cryptocurrency is keeping up with Bitcoin, ETH is trading at the convergence of two resistance lines. That might lead to its inevitable fall.

On the other hand, new bullish candles usually show a strong buyer presence and help to break resistance levels.

Altcoins Overview: The top-10 split in two with some assets going down a little, while others are following Bitcoin’s lead. Cardano (ADA) has gained a lot of traction by going up 10% since the start of the day.

Telcoin (TEL) is especially standing out among others — it has brought a 30% profit for its investors today.

And we might see even more impressive results if there’s another pump and the price goes above the price channel.

AVAX is another altcoin that has been performing better than others. The coin might even reach its all time high since it has gone up by 20% in the last 24 hours and by 170% in the last week alone.

The popular Bitcoin fear and greed index has gone into the “Extreme greed” territory. It’s unclear what will transpire next. However, the majority is ready to buy, although it’s worth noticing that major liquidations usually happen when the index goes into the extreme zone. Don’t forget about risk management!