Gary Gensler: SEC has no intention to ban cryptocurrencies 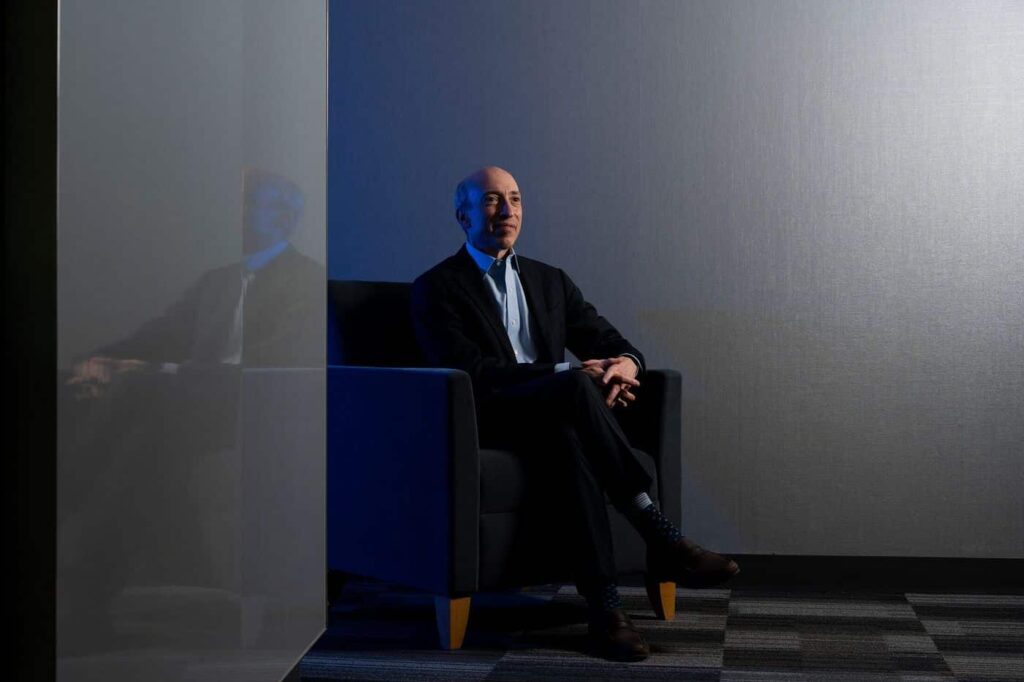 According to Gensler, the SEC’s approach to crypto regulation is a lot different from China’s one. Chairman’s remarks on barring cryptocurrencies mirror his previous ones, including the requirement for digital asset firms, crypto exchanges and decentralised exchanges to register with the Commission.

“There are a number of financial stability problems that stablecoins could raise as well,” Gensler said. “All bans will be up to Congress. Many of these tokens are actually securities, so we need stronger regulation. Since there are approximately $125 billion (~£92 billion) of stablecoins, if the market continues to grow this could present systemic wide risks.”

During Tuesday’s four-hour hearing, Gensler answered many other questions on cryptocurrencies, stablecoins, and the regulation of exchanges and decentralised finance (DeFi).

“Even in decentralised platforms – so-called DeFi platforms – there is a centralised protocol. And though they don’t take custody in the same way as centralised exchanges, I think those are the places that we can get the maximum amount of public policy,” he added.

China has been getting quite serious about its crypto ban. Crypto transactions and crypto services of all kinds are now banned in the country. According to Henri Arslanian, leader of the crypto department PricewaterhouseCoopers (PwC), one of the biggest audit companies in the world, this will also impact all global crypto exchanges. He isn’t sure the current status of cryptocurrencies as property will remain the same in the future.

China’s regulators have also declared that Bitcoin (BTC), Ethereum (ETH), and other crypto assets cannot be equated to fiat currencies. China’s central bank digital currency (CBDC) roll out has been discontinued as well.

Gensler’s remarks seem to have helped BTC to climb almost 5% over the past 24 hours. At the moment of writing, Bitcoin is showing bullish growth and changing hands at around $51,800.

Ted Budd, a longtime crypto supporter and member of the Congressional Blockchain Caucus, asked the SEC chairman if the agency plans to ban cryptocurrencies in order to roll out a central bank digital currency. Gensler doesn’t seem to be a fan of such an idea.