Gary Gensler: stock tokens issuers must report to the SEC

Securities and Exchange Commission Chairman Gary Gensler announced that a number of creative token-based securities are required to report to the SEC. 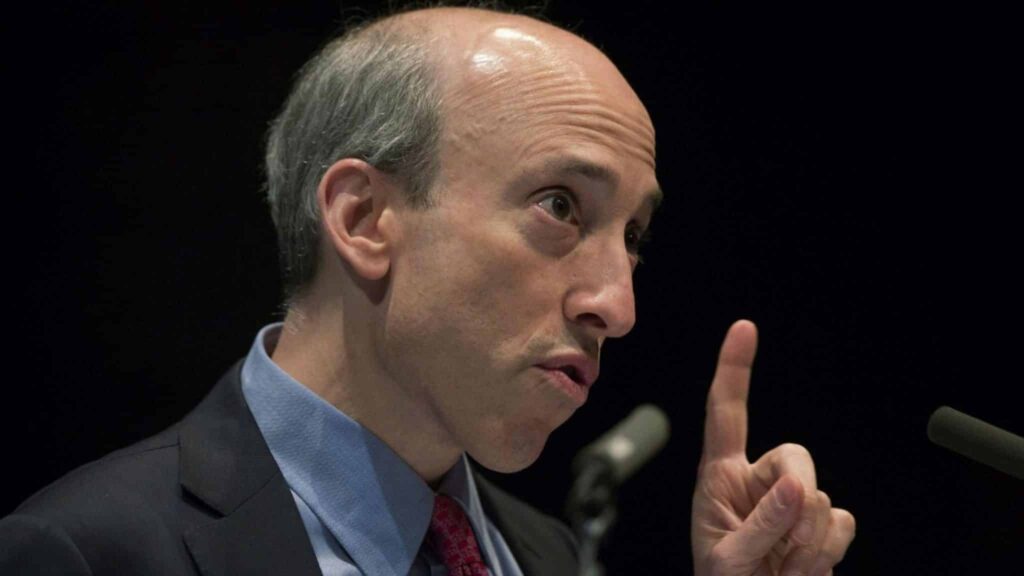 The key topic of Gensler’s speech were security-based swaps (SBS), whose regulation rules had drastically changed due to the Dodd-Frank Act. It was adopted during the time when Gary Gensler was chairing the Commodity Futures Trading Commission (CFTC).

Gensler explained that such regulations would also be applied to those issuers whose basic assets were security-based swaps.

“There are initiatives by a number of platforms to offer crypto tokens or other products that are priced off of the value of securities and operate like derivatives. It doesn’t matter whether it’s a stock token, a stable value token backed by securities, or any other virtual product that provides synthetic exposure to underlying securities. These platforms — whether in the decentralized or centralized finance space — are implicated by the securities laws and must work within our securities regime.”

In his speech, Gensler mentioned the Commission’s inability to trace all the offers and react to them in a timely manner, as well as promised to take more firm action to protect investors.

In July 2020, the SEC and CFTC fined Abra for conducting unregistered security-based swap transactions. As the regulators explained, from December 2017 to October 2019 the firm’s American and overseas customers were entering into illegal “off-exchange swaps in digital assets and foreign currency”.

In July 2021, Binance announced it would cease support for stock tokens. The customers from European Economic Area (EEA) and Switzerland are still able to transfer their assets to the CM-Equity AG platform.

According to the Financial Times, Binance has sparked interest from a number of European oversight bodies, resulting in an investigation into its compliance with local laws by regulators in the UK and Germany. Later, BaFin warned investors about Binance’s alleged listing violations.

More regulations regarding swap transactions are likely to come into force soon in order to supervise the crypto market operations. Some platforms like Abra and Binance have already faced the consequences of carrying out unregistered activity. Only time will tell whether the regulators will further tighten their restrictions.