President Joe Biden signed into law the $1.2 trillion bipartisan infrastructure bill, which contains a controversial cryptocurrency tax reporting requirement. From now on, organisations working with digital assets must notify the tax service of transactions over $10,000. 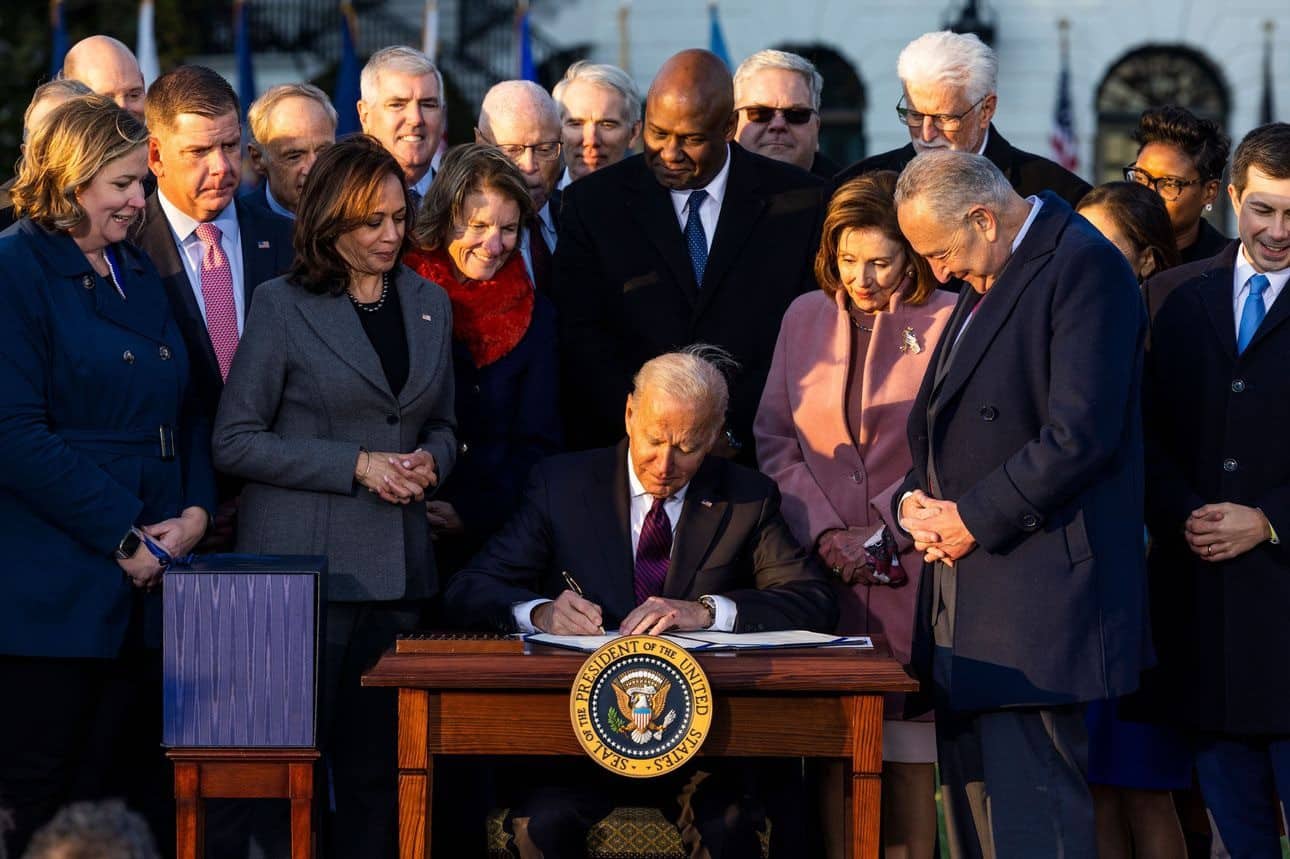 The President finally signs the bill into law

On Monday, 15th November, US President Joe Biden signed a $1 trillion infrastructure bill. According to the adopted law, market participants will be required to report crypto transactions over $10,000 to verify the sender’s personal information and record their Social Security number, the nature of the transaction, and report the transaction to the government within 15 days.

Joe Biden thanked Senators Kyrsten Sinema and Rob Portman, as well as Mitch McConnell, for helping to pass the bill through the Senate. “Here in Washington, we’ve heard countless speeches and promises, and white papers from experts. But today, we’re finally getting this done. So my message to the American people is this — America is moving again. And your life is going to change for the better,” he said.

Conflict over amendments to the bill

In August, the Senate passed the bipartisan bill H.R. 3684 with a broad definition of “broker” to target cryptocurrency information reporting to the IRS. Later, a group of senators proposed a compromise amendment that would exempt software developers, proof of stake validators, and node operators from falling under this definition.

Before the bill was signed by the US President, Senator Cynthia Lummis had repeatedly tried to clarify that validators, node operators, and software developers will not be considered brokers. However, the bill couldn’t be amended before being signed by the President.

The requirements of the bill in this form are technically unworkable, which is why the document has been repeatedly criticised by the crypto community, Elon Musk and Jack Dorsey included.

At the same time as Biden signed the infrastructure plan, Senators Ron Wyden and Cynthia Lummis have once again suggested narrowing the scope of the law’s crypto broker clause with a separate bill. Bloomberg explained that it remains to be seen when the document will be submitted for consideration and whether it’s possible to include it in other initiatives before the end of the year.

After the bill was signed into law, Bitcoin’s price has fallen by $6,000 to a ten-day low of $60,200. Over the past 24 hours, the largest cryptocurrency has lost 7.6% in price. According to CoinGecko, BTC’s market capitalisation decreased to $1.15 trillion, with daily trading volumes of $39.7 billion.