While Bitcoin (BTC) price seems to have reached cruising speed in these recent weeks, almost making itself forgotten by the general public, there is still a certain event nobody really makes a secret of – the talk between Elon Musk and Jack Dorsey which is to take place on 21th July on the occasion of The B Word event co-launched by Ark Investment, Square, and Paradigm. Special guests are expected at the event which aims to demystify Bitcoin and show the world and businesses in particular, why turn to Bitcoin – the only currency to persist, according to its supporters. 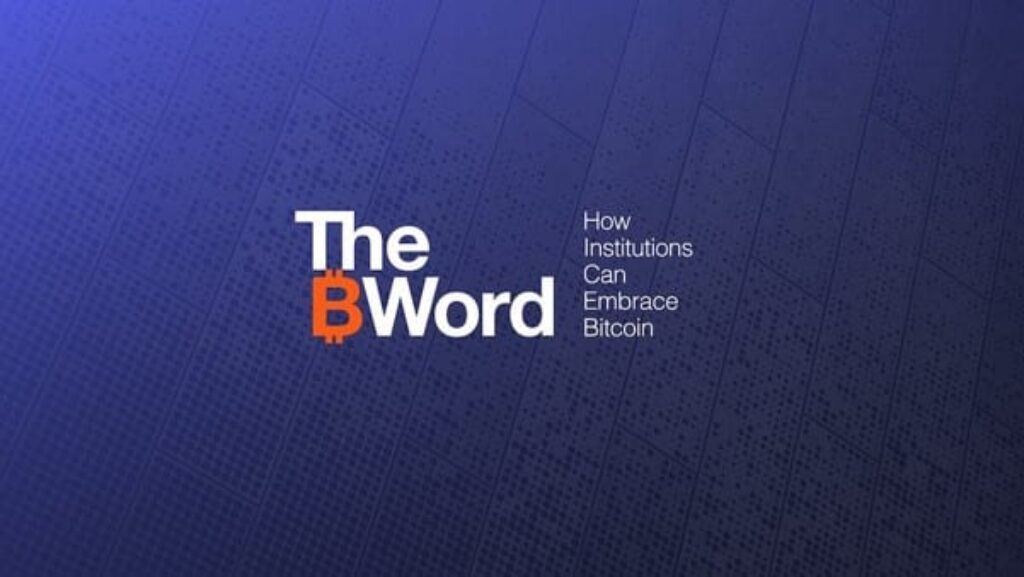 Since the talks promise to be interesting, and influential participants are expected to attend the conference, Cointribune has focused on the clash of the titans and the potential Bitcoin price movement that will possibly follow.

Let’s move to the analysis now.

The B Word event, a day to become familiar with Bitcoin

As you may have seen in the recent news, Jack Dorsey launches The B Word event in order to dispel the false myths that surround Bitcoin.

This is not a real-time event, but rather a series of recorded talks with the key figures of the Bitcoin scene who are expected to talk on certain characteristics of the first cryptocurrency.

The official website reads that The B Word is scheduled to take place on 21st July 2021. The countdown is on!

To cut it short, the project aims to “demystify and destigmatize mainstream narratives about Bitcoin and raise awareness around areas of the network that need support,” according to Jack Dorsey.

Starting 21st July, a content library designed to raise awareness among investors about how businesses from all over the world can benefit from Bitcoin will become available.

The event will also feature the following well-known speakers:

There will also be a live session “Bitcoin as a tool for Economic Empowerment”.

The project was initially launched by the Crypto Council for Innovation (CCI), and its official website features the logos of Ark Invest, Square, and Paradigm. The CCI describes itself as a “global alliance of crypto industry leaders with a mission to demonstrate the transformational promise of crypto and communicate its benefits to policymakers, regulators, and people around the globe.”

The event once again illustrates the close partnership between Square and Ark Invest and is a signal (if such a signal was needed) that it is time to convince the rest of the world, and Elon Musk in particular, of the utility of Bitcoin.

Clash of the titans. Elon Musk and Jack Dorsey meet to talk Bitcoin.

The two billionaires are meeting on 21st July to talk about Bitcoin’s future and utility.

The story could seem believable, and the crypto community is waiting for statements and for the discussion to take place, ears to the ground.

On the one side, Jack Dorsey, the famous CEO of Twitter and Square, the initiator of The B Word. A Bitcoin maximalist, as they say.

On the other side, Elon Musk, CEO of Tesla and Space X, who has proven to be a divisive character for causing ups and downs to Bitcoin and Dogecoin.

But what do they disagree on? They perceive Bitcoin differently. For Dorsey, Bitcoin embodies the future of money. For Musk, it is (as of now) a polluting asset. Yet, despite their differences, there was a time when they were equally vocal in their criticism, one of them much more publicly visible than the other.

“Let’s have THE talk” said Jack Dorsey to Elon Musk in a tweet on The B Word event organised by Dorsey.

While the two billionaires were having fun with their back-and-forth on Twitter, Cathie Wood, dubbed the female Buffett, got particularly excited about the talks, sending the crypto community buzzing with excitement, which is now anticipating every word and trend that might come out of this summit.

The B Word is going to be a very interesting event for the entire crypto community, and the Musk-Dorsey talk is the icing on the cake, given that their companies hold Bitcoin and they personally have committed to the ecosystem. In April, the Tesla CEO agreed with Dorsey that Bitcoin encouraged renewable energy, but then reversed course less than a month later when he suspended Tesla’s accepting Bitcoin out of environmental concerns.

The controversial nature of Musk’s statements about Bitcoin has earned him some criticism, especially given that his company greatly depends on environmentally-unfriendly Lithium batteries, which means his harsh attacks can be debunked. He has also participated in the first closed session of the Bitcoin Mining Council, which made him budge from his previous stance on Bitcoin.

Dorsey, in his turn, has been a Bitcoin supporter for a long time. In 2018, he claimed that Bitcoin would be the world’s only currency within 10 years. Recently, he has addressed topics related to censorship and inclusion, in addition to financing the development of Bitcoin. His company, Square, is spearheading an initiative to support the development of a Bitcoin-focused open-source platform.

How will Bitcoin react?

Although certain analysts tend to claim Bitcoin will print new highs in the coming months, everybody anticipates The B Word event to spur a spike in Bitcoin price.

But what will really happen?

We now know the extent of Musk’s influence on cryptocurrency prices and on general trends in the field. And we do remember the months of euphoria following his incredible outbursts on Twitter that had thrust Bitcoin price upwards. Bitcoin has suffered a number of setbacks thanks to Elon Musk, which has been gradually poisoning his reputation with hodlers.

On 29th January, for example, Musk managed to boost Bitcoin’s price by 13% by simply changing his Twitter bio. Then, he made Bitcoin post a new all-time-high by announcing that Tesla had bought $1.5 billion in Bitcoin.

A market rebound can also be easily imagined following this event as well as other ones scheduled for this summer, but also following possible announcements that might be made by Bitcoin supporters. Dorsey’s influence may seem less obvious than Musk’s, but he is a no less important figure in the world of business and crypto.

Let’s look at how The B Word can change the world beyond the conference. By founding a platform aimed at promoting Bitcoin to businesses, Jack Dorsey earns a lot of points with the crypto crowd, but is this really surprising given that he is the CEO of one of today’s most prominent social media platforms?

Other high-profile individuals are also expected at the conference, and important organisations are involved in the project. This could give more credibility to Bitcoin and help its adoption by businesses and companies.

While The B Word event is the one to be followed closely, the spotlight definitely will be on the Musk-Dorsey talk. It promises to be a colourful discussion and may help trace the trajectory Bitcoin will go this autumn.

See you on 21th July so that we don’t miss anything.