MicroStrategy CEO Michael Saylor predicted that Bitcoin will replace gold this decade during an interview with CNBC on Friday, 19th November. According to the businessman, the asset will grow 100 times from where it is right now. 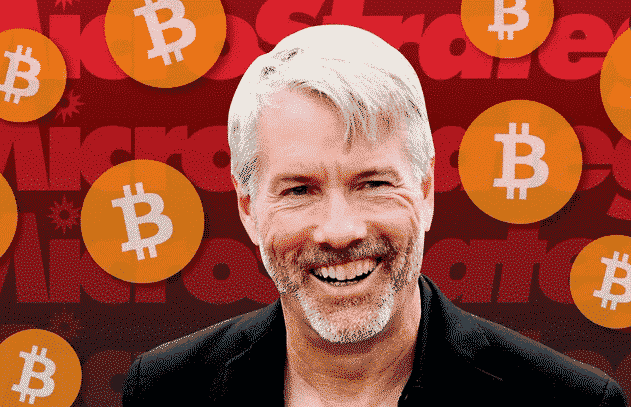 MicroStrategy holds more than 114,000 Bitcoin on its balance sheet; it looks like the company will continue to stack the cryptocurrency forever. Saylor plans to take full advantage of the situation as the market drives the BTC price higher and higher.

The Bitcoin bull expects BTC to flip gold at the end of the current decade, also flipping monetary indexes as well as some bonds, real estate and equity before emerging as a $100 trillion (~£743 billion) asset class. He added that as the price continues to grow, the volatility will go down.

When asked about the crypto regulation being discussed by authorities, Saylor answered that he is “not at all troubled with the regulations that’s going on right now. The safe haven for institutions is to use Bitcoin as a store of value. Bitcoin is the only ethical, technical, and legal safe haven in the entire crypto ecosystem. Regulation will have an impact on security tokens, decentralised finance (DeFI) exchanges, crypto exchanges, all the other use cases of crypto that are not Bitcoin.”

Saylor also stated that at some point BTC will comprise 5-7% of the US economy and will replace up to 150 currencies, only leaving the US dollar, euro and the CNY standing.

What does the future hold?

“The communist countries, such as North Korea, will not give you property rights and will not let you own anything. They will probably ban it,” he said. “Countries with weak currencies will have capital controls. They will let you own it but they don’t want you to exchange it or trade it. It’s not illegal to own Bitcoin in China. They just don’t want you to move billions of dollars out of their economy.”

According to the MicroStrategy CEO, western nations with strong currencies will have crypto traders pay even more taxes but nothing more than that.

The businessman argued that there has been a clear call in the financial system for a digital asset that provides a store of value, a role he believes Bitcoin will successfully fill.

The MicroStrategy CEO stated that there is a war going on between gold and Bitcoin for the “non-sovereign bearer instrument store-of-value” title. And he is sure that BTC will win.