Trump: crypto will lead the world to disaster

Donald Trump, the former US president, shared his opinion on cryptocurrencies. In his view, the fraudulent nature of digital assets can lead to the collapse of the global economy. 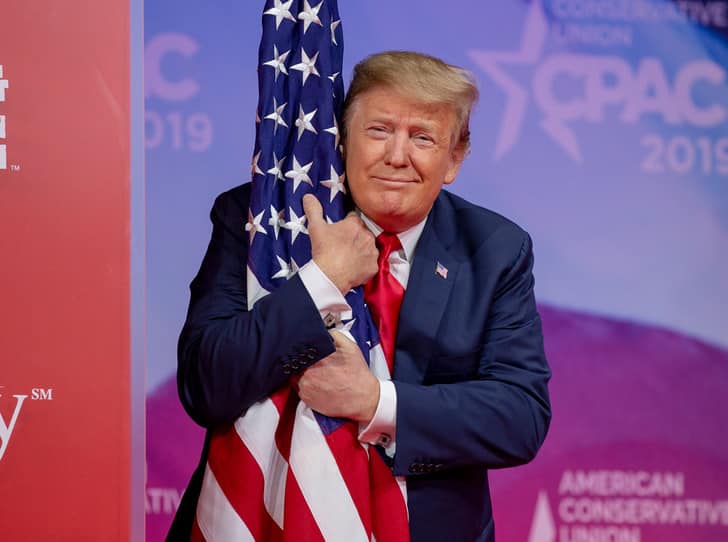 The currency of this world

The former US president has never been a supporter of cryptographic assets. It’s no wonder since the dollar is the unit of account in most international financial transactions, and Donald Trump used to be the head of the country issuing it.

“I like the currency of the United States,” Trump told Fox Business. Investing in crypto assets is “potentially a disaster waiting to happen,” he added.

According to Cryptopotato, the former US president also believes that cryptographic assets “hurt the United States currency” and urged the viewers to invest in the dollar. Remarkably, back in June, Donald Trump said that Bitcoin is a fraud and publicly accused it of weakening the state currency:

“The currency of this world should be the dollar. And I don’t think we should have all of the Bitcoins of the world out there. I think they should regulate them very, very high. It takes the edge off of the dollar and the importance of the dollar.”

Is the dollar that perfect?

It shall be noted that being so harsh on crypto, the former US president dropped the fact that even his favourite dollar is infinitely far from stability and can also be considered a time bomb that can trigger an economic catastrophe. Since the beginning of the COVID-19 pandemic, the Federal Reserve System (FRS) issued trillions of new banknotes for stimulus packages and quantitative easing, lowering the value of the dollar with each printed banknote. Doubt that this speaks in favour of the dollar.

Yet, seems like the Biden administration holds the opposite view on this issue. The US government is actively working on the crypto legislation, and the States has been recently called the “most crypto-ready country”.