Those who have had their breakthroughs in the crypto world and more specifically in blockchain, know full well that comparing Ethereum with Bitcoin is a difficult task. Not only that but it makes no sense because their functions are fundamentally different. At a time when the price of bitcoin (BTC) is ranging between £25,000 and £29,000 the age-old argument is resurfacing. Could Ethereum turn the tide on who is the most valuable cryptocurrency by market capitalisation? 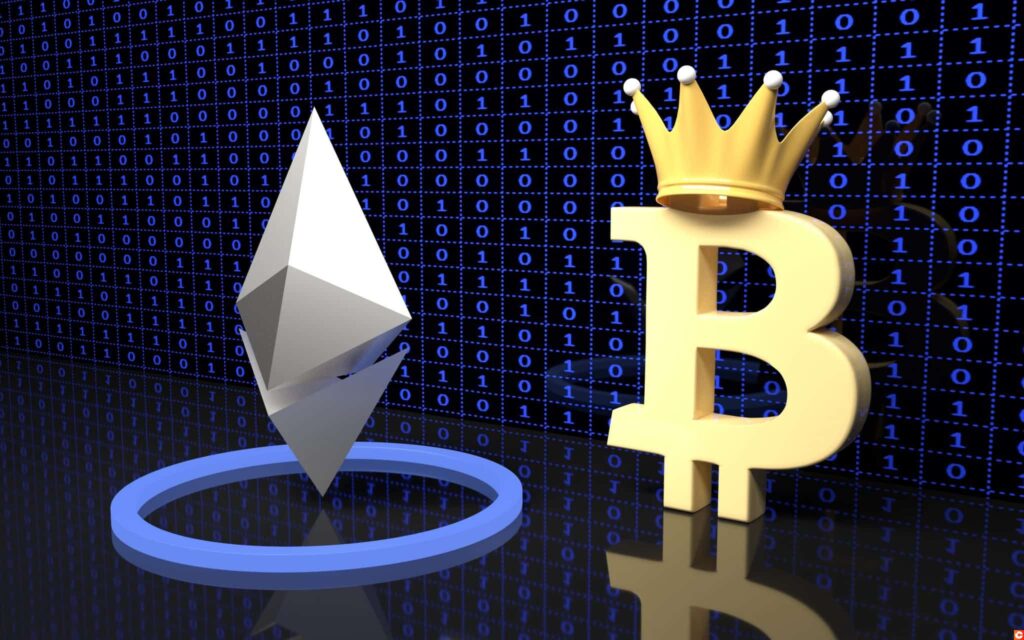 Is ‘the flippening’ upon us?

According to a report by Bloomberg, Tegan Kline, co-founder of the company Edge & Node (blockchain software) commented how she thought Ethereum was likely to overtake Bitcoin (in market cap) at some point in the future. This was because she believed Ethereum would end up being superior in terms of interest and innovation for developers.

The argument has been heard practically since Ethereum was launched, but is this the right time? Regardless, one thing is certain, only time will tell. In the meantime, Ethereum should have some good days ahead if all goes well (with the arrival of Eth2). Additionally, Ethereum has been outperforming Bitcoin since 3rd February 2020 reversing the previous downtrend. Outperforming it by over 250%. Ethereum also maintained key support levels as Bitcoin broke the 20-21 weekly average (depending on how you like to see it).

These levels had always served as a support/resistance for Bitcoin during corrections in the middle of bull runs. Ethereum on the other hand has been holding on stronger than Bitcoin at the moment, whether we compare it in an ETH/USDT or ETH/BTC pair. If we compare their all-time highs (ATHs), at the time of writing BTC has barely recovered over 20% while ETH is almost up by 50%.

Bitcoin still has its supporters

From a different perspective, in an exchange with ‘The Hustle’ last week, billionaire Stanley Druckenmiller, who is recognised for his vast investment experience and abilities, said, “I think Bitcoin has won the store of value game because it is:

Or maybe a better analogy is Yahoo before Google came along. Google wasn’t that much faster than Yahoo, but it didn’t need to be. All it needed to be was a little bit faster and the rest is history.”

Let’s not take these statements at face value, the context is not comparable because there are already blockchains much faster than Ethereum. That being said, we will have to take a look at any new blockchains that are developed in order to see their potential for toppling Ethereum.

Druckenmiller recounts an interesting strategy he used when he was managing an investment fund. They would try to track the paths of the top graduates from Standford, MIT and Brown to find out which projects they were going to develop and thus be able to invest with a high rate of success. The same logic can be applied to Ethereum. Right now, which blockchain are the most developers working on? That’s right – Ethereum, perhaps this shows us where the future lies. Or is it that theses developers are banking on Eth2 to bring about the change that Ethereum so desperately needs.

Either way, we do not know what tomorrow holds. Let us take a step back and marvel at the evolution of this incredible technology. I, for one, am extremely excited to see what the future will offer.