The Race to Own One Whole Bitcoin Has Already Started

2020 is set to be a special year for Bitcoin, with the third halving prediction for May. A very strong bull market is expected as a result, just like the ones experienced in 2012 and 2016 after their respective halvings. Bitcoin started 2020 with a price of £5,425 and went on to experience a fairly exceptional first month of the year, which saw its price increase by around 30%. By the end of January it stood at £7,266. 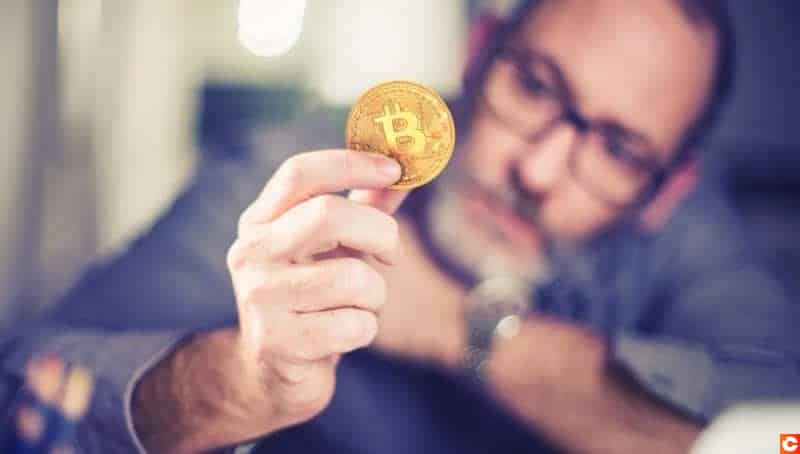 The impending halving, along with certain unexpected world events, such as the imminent risk of a war between the United States and Iran, or even more recently the COVID-19 crisis, justify this historic month of January 2020 for Bitcoin. For many, Bitcoin has now entered a new bullish phase and once its price breaks the $10, 000 (~£7,700) barrier again, it will be hard to stop its ascent.

Given Bitcoin’s scarcity, many are starting to realise that owning one whole bitcoin could make them extremely wealthy in the future. Therefore the race to own one BTC is now underway and time is running out for you to hop on the Bitcoin train.

There will only ever be 21 million bitcoins

Satoshi Nakamoto designed Bitcoin to be comparable to a commodity like gold. Bitcoin therefore exists in a finite quantity limited to 21 million units.

The production of new bitcoins slows down over time as a result of pre-calculated events called halvings.

Currently, 12.5 BTC are created and offered as a reward to miners who successfully validate transactions on the Bitcoin blockchain (approximately every ten minutes).

By May 2020, the amount of this reward will decrease to 6.25 BTC. This event is written in the source code of Bitcoin and by 2140 all bitcoins will have been mined.

When all bitcoins have been mined, we will have reached the maximum supply of 21 million and no more will be available for the world’s population to acquire.

In reality, there is even a risk that there will be even fewer, since it is estimated that almost three million bitcoins have already been permanently lost.

This would only further reinforce the rarity of Bitcoin and the importance of having at least one.

Estimates do not go as far as 2140, but the world’s population will likely be even larger at that time.

Therefore, by taking the published reference of the UN’s world population estimate of the year 2100, this would give us a maximum of 21 million Bitcoin for 11.2 billion inhabitants.

There will be a maximum of 1 Bitcoin for every 533 individuals.

Assuming you equally divided up the total Bitcoin allocation between every inhabitant of the Earth, they would each own 0.001875 BTC.

In addition to these calculations, Bitcoin is already establishing itself as a store of global value.

Phase two of its adoption began with merchant support for transactions, which will be further developed in the years to come.

If Bitcoin reaches phase three of mass adoption by becoming a unit of account, we would be at the beginning of the world’s ‘hyperbitcoinisation’, the very scenario that Bitcoiners have wet dreams about.

In other words, those who do own one whole bitcoin will have a significant advantage over the majority who do not.

Less than one million people own at least one bitcoin

Owning one whole copy of something that is likely to become as in demand as Bitcoin will in the future, in my opinion, is invaluable.

I don’t know if Bitcoin will succeed in its revolution or not. However, I don’t want to take the risk of missing out on this revolution if the Bitcoin prophecy comes true.

If you are a sensible person, I also do not imagine that you will want to miss such an opportunity to secure your future. As we enter the month of February (2020), I find it interesting to look in detail at the distribution of bitcoins by address:

After analysing this distribution, you may already see that only 631,814 addresses have at least one BTC. Don’t forget, not too long ago we wrote about how Bitcoin had, in 10 years, ‘manufactured’ 17,000 millionaires.

Of course, it is important to remember that it is possible to have several BTC addresses, and therefore there could be those who have several addresses with amounts less than one BTC but whose cumulative amount exceeds one bitcoin.

Nevertheless, it is reasonable to expect that less than one million people have at least one BTC globally.

By making the decision to buy one whole bitcoin, you will de facto be among the 2.18% richest Bitcoin addresses.

“For better or worse, I think owning a whole bitcoin is only going to get more and more important. Only 21 million will be produced and some people already own far more than one.”

With a full bitcoin in your possession, you will therefore hold a phenomenal advantage over the majority of inhabitants on Earth if Bitcoin is adopted en masse and global ‘hyperbitcoinisation’ occurs.

Many make the mistake of only paying attention to the highest price reached by Bitcoin year after year since its creation in 2009. They thus observe that the Bitcoin price has no longer managed to reach its historic record of almost £15,000 ($20,000) way back in December 2017.

Many therefore have the impression that since the end of 2017, the price of Bitcoin has yet to advance.

In reality, the number that actually counts for Bitcoin is its lowest annual price. It is in this area, where the price of Bitcoin has been increasing consistently since 2010:

The graph shows us that the evolution of Bitcoin’s yearly low follows an overall and pretty consistent upward trend.

The evolution of the price of Bitcoin is cyclical, with each cycle lasting four years, each time starting with a halving.

In the year of each of the past halvings, a bull market for Bitcoin has commenced, the strongest of which is concentrated in year N+1.

In the years N+2 and N+3 following a halving, we generally see a correction in the price of Bitcoin but the lowest price still remains above what it was previously.

Buying bitcoin at this price therefore remains clearly affordable given the sharp increase that is expected in the coming months.

The last year to buy one whole bitcoin

The strong bull market that awaits Bitcoin in the coming months may well see its price range between 15 and 25,000 pounds by the end of the year. As previously explained, the strongest price rises generally take place in year N+1 of a halving.

No one can predict the future, including me, but all of these numbers regarding the price of Bitcoin are assumptions that should be taken seriously.

If the price of Bitcoin were to reach such a price, it would become impossible for ordinary people to own a whole Bitcoin.

2020 therefore could be the last year to buy one whole Bitcoin.

After 2020, it will be too late to aim to own a whole Bitcoin, since its price will be unattainable. The more reasonable target will then be to target the possession of one-tenth of a bitcoin.

With Bitcoin’s current distribution, owning 0.1 BTC places you among the two million richest addresses on the network, i.e. in the top seven percent.

This too is interesting, but not as interesting as having one whole bitcoin. You still have a choice of what you want to do with Bitcoin for your future and it’s a real luxury considering what lies ahead.  It’s up to you to make the best decision based on your future needs.