To paraphrase the French poet and novelist Victor Hugo: God only made water, but man made APWine. As you might have guessed, this article is not going to discuss viticulture in the traditional sense of the word. Instead, it will focus on DeFi, a sector that loves to pay tribute to the agricultural world by using terms such as ‘yield farming’ when talking about different DeFi protocols. With APWine, you can now tokenise your future yields. Specifically, the project makes it possible to tokenise unrealised yields during a defined period of time. Keep reading to find out more! 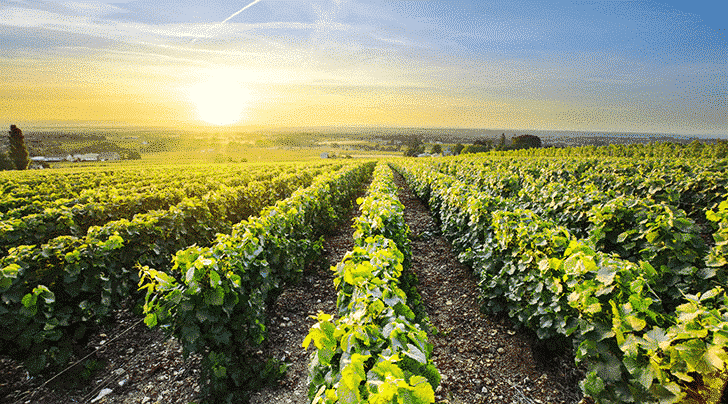 To start with, let us take a look at how the APWine protocol works, and in particular, how you can benefit from this, to tokenise your future DeFi yields. The first step is to deposit funds on the APWine platform. For example, if you farm Dai (DAI) yields via the Aave protocol, you will be able to deposit your aDAI on APWine. With the funds deposited, you will be able to lock them on the APWine platform for a specific time period. APWine lets you choose whether this time period automatically renews on a weekly or monthly basis. Once the operation has been successfully completed, your aDAI will be locked on the platform until the chosen time period has expired.

Once the deposit and locking stages are done, the APWine protocol comes into its own. You will now be able to tokenise your future yields that are currently unrealised. The tokens use the ERC-20 Ethereum standard, and you will be able to trade them on any DEX of your choosing. APWine has also developed a dedicated exchange for trading these tokens representing future yields.

On the APWine platform, you will find that you can follow the realisation of your yields in real time throughout the time period defined in the first stage. Once this period has expired, you will be able to access your yields directly, as they are now realised. In exchange, the future yield token is destroyed.

For the time being, there are three pools available on APWine’s platform. However, this is expected to increase rapidly in the future, as are the possibilities for the platform’s users. In the meantime, yields from the Aave, Yearn Finance and Harvest Finance protocols can be deposited on APWine.

To get an idea of a project’s health, it is always a good idea to take a look at how it advances through important developmental stages. For APWine, this is all light work. The project is on the march, breezing past successive milestones at a consistent pace. For example, the beta version of the platform was launched in February 2021. Just one month later, the company was already reaching the end of a seed round worth $1 million (~£704,000).

In fact, it is worth taking an even closer look at this initial fundraising effort to get a better idea of who is backing the project. Not only do we see the Delphi Digital and Spartan Group investment funds; we also see titans of the DeFi sector such as Aave’s Marc Zeller, Maker Foundation’s Doo Wan Nam and Gustav Arentoft, as well as ADAN’s former president Simon Polrot, who is also the founder of Ethereum France. Another big investor is Julien Bouteloup, the current president of Stake Capital, which supported APWine’s initial launch as a business angel.

The first seed round saw three million APW tokens distributed to different investors, who now share 6% of the total token supply. Each was valued at $0.33 (~£0.23), making for an initial project valuation of more than $16.5 million (~£11.6 million).

This marked an important milestone for APWine. At the same time, it saw the ranks of the core team bolstered by the arrival of two full-time developers. They will be in charge of the smart contracts’ technical development in addition to developing the platform’s UI. To top it off, the APWine team is completed by a new community leader. They will be in charge of making a growing APWine community a fun and engaging place to be.

No discussion of APWine would be complete without mentioning its APW token. Aside from being cleverly integrated into the project’s name, the token is set to play a key role in its future development.

The tokens’ usefulness and importance go beyond the project’s governance. APW holders will benefit from a portion of the 5% gas fees collected by APWine on the assortment of yields that are deposited and tokenised on the platform. The idea is that a percentage of the gas fees collected from swaps will be distributed among holders of APW tokens. The percentage of the fees distributed to holders may change based on decisions made by the decentralised autonomous organisation (DAO).

In total, exactly 50 million APW tokens will be issued. They are set to be issued progressively over the course of a number of years. According to information provided by the APWine team, 32 million tokens will be issued in the first two years after the project is launched. This makes the APW token unique in its class, as it is guaranteed to hold its value in the long term.

The majority of APW tokens, around 56%, will be released straight into the community through events designed to stimulate the project’s ecosystem, but they will also be issued via airdrops and a liquidity-mining programme that will reward the project’s early adopters and those who hold trading pairs on DEX. Elsewhere, investors and advisors will receive a share of 8.5% of the total token supply, the project team will receive 28%, and finally, the investors who participated in the Initial Dex Offering (IDO) will receive a share of 7% of the total supply.

The last time we spoke about the APWine project on CoinTribune was to talk about its IDO, which took place between 19th and 21st May 2021. If you have been following the cryptocurrency industry lately, between Elon Musk’s tweets and the huge market correction that followed, you might remember the timing of this IDO was not exactly ideal for APWine. Despite the storm battering the cryptocurrency markets, the IDO allowed APWine to distribute tokens worth a total of $5 million (~£3.51 million), more than enough to keep those digital grapes growing healthily. As the gas fees were so high for the majority of those who participated in the IDO, APWine is pushing for an immediate airdrop for the project’s 851 contributors, all of whom share in the honour of being among the first members of the general public to hold APW tokens.

After successfully passing this stage of its development, APWine now finds itself in a crucial auditing phase to ensure the protocol’s security. As we are all well aware, security is the name of the game when it comes to DeFi projects, and APWine certainly does not want to be the next victim in a long line of security breaches that have already hit protocols across the sector.

The world is APWine’s oyster

The APWine project is exactly the kind of thing we love at CoinTribune: an innovative DeFi protocol, an ambitious development team and influential backers providing the project with the legitimacy it deserves. If you were not aware of the IDO and feel like you might have missed out on a good opportunity, remember that readers of CoinTribune, the number-one crypto media outlet, have been able to follow this project from its earliest developmental stages. Looking ahead, a little bird tells us that this will not be the last time we talk about digital viticulturists in the DeFi sector. For the time being, count on us to continue to monitor APWine’s progress after its successful IDO, where it is now entering a new phase, including a potential listing on the well-known DEX SushiSwap with the trading pair APW/ETH. Let’s raise a glass of the good stuff to APWine!