According to anonymous reports, Joe Biden is considering an executive order on cryptocurrencies. The news has rocked the community again. 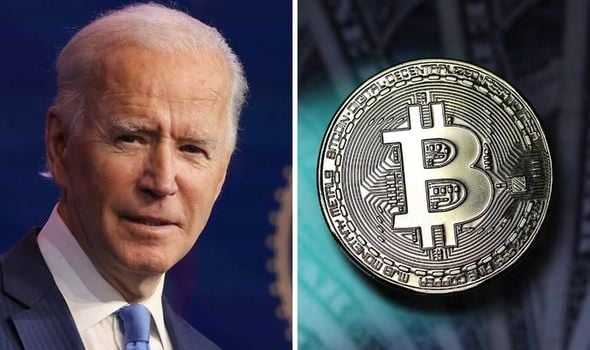 It seems as though total regulation is Biden’s main agenda, and in particular, he has his sights set on cryptocurrencies. Apparently, the US President is seriously preparing to issue an order on cryptocurrencies to regulate the situation and better control the digital asset industry.

The news was originally reported by Bloomberg. Many ecosystem experts were anticipating the move, given previous statements from some of the members of Biden’s executive cabinet, Cryptopotato reports.

Since Biden lacks the ability to effectively legislate cryptocurrencies, the executive order is essentially a political move by a Democratic president trying to establish his own terms. According to Bloomberg, the executive order will initially instruct a wide range of government agencies to issue recommendations pertaining to their areas of expertise.

Wendy Benjaminson, who works for the US government news department at Bloomberg News, provided a list of agencies that will play a part in this executive order. They are The Treasury Department, The Commerce Department, The National Science Foundation, The Commodity Futures Trading Commission, The Internal Revenue Service, The National Security Council

The idea is that these agencies are to inform the White House about their approach to crypto regulation. The Biden administration will then look for ways to coordinate all of their visions and competencies.

The blowback from the community

It’s no surprise that the topic of regulation in the cryptocurrency space is one of the most controversial among blockchain enthusiasts.

On the one hand, there are proponents of anarcho-capitalism and privacy like Roger Ver or Elon Musk, who argue that cryptocurrencies do not need regulation and the government’s sole goal is to monitor the system, taking freedom away from the user.

On the other hand, there are more pragmatic investors like Michael Saylor, Brad Garlinghouse or influential politicians, who argue that clear regulation will provide the greater legal security necessary for the general public to feel confident enough to invest in crypto.

On Twitter, the reaction from both sides was unambiguous and quick.

For example, David Hochstein, founder of the PAC Protocol, said that Biden’s move could bring clarity to the ecosystem and foster innovation:

Others, such as Rick McCracken of the Cardano Live Podcast, have called to speak out and act against the move, comparing it to the 1933 gold confiscation order.

The US has been relentlessly calling for tougher cryptocurrency regulation. However, as you can see, the country does not yet have a clear plan. And perhaps Biden’s efforts will lead to fair and transparent regulation, which, in turn, could make cryptocurrencies more attractive to the public.