“What is going on?” is, genuinely, the question we can’t seem to stop asking ourselves these days. Given the various economic and public health policies implemented in response to the pandemic, the time of both inflation and all kinds of shortages is right around the corner. People wonder why this crisis was so hard to predict despite our extensive experience as a civilisation. We would like to take a moment to sum up everything that is going on at the moment and find potential solutions to remedy the crisis. 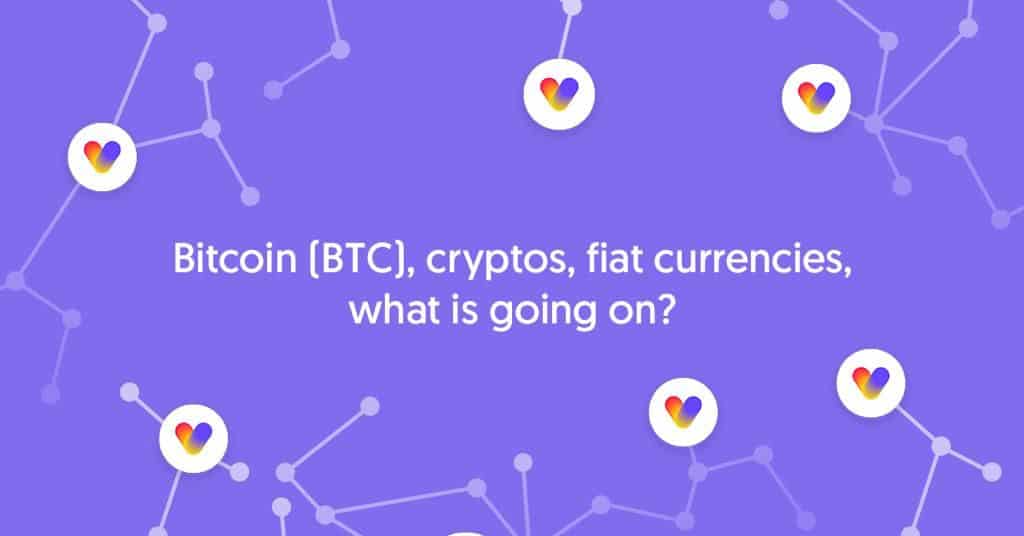 The problem of centralisation

Presently, both political and financial authorities have reached an unprecedented level of centralisation, and this issue has manifested almost uniformly across the entire world. If there is one problem that the Covid-19 crisis has revealed, it is how centralised the world’s political and economic decisions are.

From the perspective of politics, it was a seemingly unified global power behind the major decisions concerning the spread of the virus: its containment, the subsequent vaccination of the population and the “health pass” system, shattering the last remnants of the illusion that is democracy. With that said, it is now becoming more and more difficult to tell reality from conspiracy theory.

From the economic perspective, the only measure to overcome an unprecedented economic crisis was the decision by central banks to implement the helicopter money policy. Thus, the economy was saved and governments were proud of the recovery, but at what cost? The economic policy put in place resulted in money printing to the tune of trillions of dollars. With these trillions injected into the economy, the financial markets were the first to benefit, and are now reaching historic highs. This situation, however, has raised some concerns about the 2008 scenario repeating.

The inflation as a consequence of these centralised decisions can already be felt. Prices of everyday items, petrol and electricity are going through the roof. Then there are electrical component shortages across a number of industries, and the situation with international shipping is no better. Yet, on the other hand, the massive cash injections by central banks have been detrimental to the value of national currencies. So, what is going on? Has the democratic capitalist world reached its limits caused by centralisation?

Finance and economics: between corruption and manipulation

To understand what is going on, we need to take a step back from the current economic system. Indeed, today everything hinges on governments and central banks that control the money supply and regulate the economic system. The authorities may be trying to find a balance, but in the meantime, the people are told to put their trust in the government almost blindly, and accept potentially policies and  practices being implemented. The proliferation of whistleblower cases of Edward Snowden, the Panama Papers, and the more recent Pandora Papers is quite telling. There have been plenty of signals telling us that the system is broken.

One of the watershed moments in the history of finance happened when Bretton Woods agreements were broken by Richard Nixon in 1971. What it meant was the end of the gold standard for the US dollar. From that moment on, the value of the American currency was no longer backed by anything other than the confidence of the citizens in the United States as a country.

In Europe, a more familiar case for us, the sovereign debt crisis has shown that the debt system is a self-perpetuating monster that can be used to make money. To pay down a debt, all you have to do is create some more debt. Keep in mind the fact that the US, unlike Europe, doesn’t borrow for just 20 years at a time, but 100 years or more. How far into the future can this go?

Bitcoin as a symbol of resistance

In 2008, following the events of the financial crisis and the fall of the Lehman Brothers bank that revealed the subprime crisis, Satoshi Nakamoto created Bitcoin.

A decentralised computer network based on blockchain technology that aims to create a currency with a completely decentralised coin emission system, programmed to resist any interference from anyone, even institutions like governments and central banks.

After being launched as a small project stemming from the cypherpunk and libertarian ideals of its time, more than 12 years later Bitcoin is the symbol of resistance to the centralisation of political and economic decisions. It offers a monetary alternative to fiat currencies as we enter a new phase of adoption, way beyond the early adopter stage. This time, big banks and even entire nations are adopting Bitcoin as a national currency, with El Salvador leading the pack, and Ukraine, Brazil and Paraguay potentially joining the movement.

Like any alternative measure to the matter, Bitcoin is not perfect and has some flaws that are often attacked by institutional representatives like Christine Lagard who, in her recent interview, stated that Bitcoin was not a currency. Of course, its price volatility has also made it an asset sought by financial investors and some also denounce the Bitcoin network for its insufficient decentralisation. The adoption is in progress, but you need to understand that some questions remain unanswered when we talk about Bitcoin. The risk is that Bitcoin will quickly be taken over by institutions and that Satoshi Nakamoto’s entire vision will be replicated by another decentralised system. An interesting parallel in this respect is the one that can be made with the internet. It is true that the internet started as a fairly decentralised space with thousands and even millions of websites — like a real spider’s web. Today, as you may have noticed, the internet is only getting more centralised among the technology giants — the GAFA, which command most of online traffic today.

In order to address several issues of digital assets such as Bitcoin and other crypto, stablecoins seem to be a great solution, offering a beautiful promise of an efficient and all-around accessible economic system of true decentralisation.

When it comes to stablecoin projects, we would particularly like to mention the Vow project as a comparison. Its approach stays most true to the real world. The project allows any trader on the planet to issue fixed value tokens pegged to the value of their local fiat currency. These tokens  are issued by merchants who may decide to offer rewards to their customers when they make purchases with their bank cards. The customer enjoys a vow denominated reward, and the merchant gets to keep the entire purchase price. The only requirement for the merchant is to honour discounts from customers, up to the same value of Vow currencies they originally emitted. In this way the v dollars, v euros, or v pounds emitted by merchants end up being backed by nothing more than a decentralised promise of acceptance against goods and services.

Widespread adoption is made possible by a win-win system for both consumers and merchants. Decentralisation increases with the number of distribution points  and backstops who enable Vow currencies.

The Vow project and the teams behind it have the ambition to use this concept to develop an international initiative that aims to truly change the world. The plans are to shift the perception of the monetary system, to transfer the power of emission from centralised systems to decentralised ones, and show that a monetary system often benefits the world of finance more than the real economy. With the Vow project, merchants are at the heart of the system and can make profits while benefiting their customers!

If you would like to know more about the Vow project, we strongly advise you to take a look at the article we have previously dedicated to it, where the proposed solution and the project’s mode of operation are explained in detail.

In conclusion, let us quickly return to our initial question: what is going on? As you have probably understood, these days the system is being undermined as never before, and centralised decision-making authorities no longer respond to the problems that arise. With an economic situation being on the brink of collapse, Bitcoin serves as the rallying point of an ever larger community that wishes to see a decentralised economic alternative. By the same token, the Vow project offers a solution that can be implemented quickly, thanks to its stability and a network of merchants that can take the system to a global level and thus decentralise the issuance  of money. It is often during the worst crises that the best solutions are born. Stay tuned!