You must have seen it: in yet another tweet about the world’s biggest cryptocurrency, the eccentric multi-billionaire Elon Musk suddenly turned his back on Bitcoin (BTC). Remember, this is the same man who previously caused a media frenzy by purchasing $1.5 billion (~£1.06 billion) of it through Tesla earlier this year, subsequently announcing that his company would accept Bitcoin as payment method for its electric vehicles. So, what explains his sudden change of heart? The Bitcoin network’s high energy consumption, of course. Musk now believes that nasty, polluting Bitcoin is incompatible with clean, green Tesla. After an initial tweet that more closely resembled a press release from the Tesla PR department, Musk really hammered the point home by posting a graph of the Bitcoin network’s energy consumption. The announcement, which immediately resulted in a sharp drop in Bitcoin’s value, is the perfect opportunity to conduct a detailed review of the energy consumption argument repeatedly advanced by Bitcoin sceptics over the years. Is Bitcoin’s energy consumption really so disastrous for human society? Let’s jump right into an electrifying dive inside the Bitcoin network. 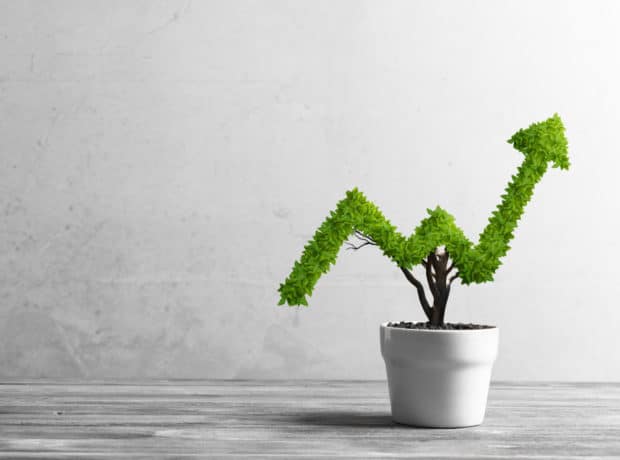 There is little point in denying the facts: the Bitcoin network uses energy. The main source of this energy consumption are the validation protocols for transactions carried out on the network. Effectively, the network’s miners, who are tasked with validating transactions, do this by solving a mathematical equation that only the most powerful computers are capable of tackling. This process is known as ‘proof-of-work’ (PoW) and is what guarantees the security of the transactions carried out on the decentralised Bitcoin network. The success of this procedure speaks for itself: Bitcoin has never been hacked. In exchange for the computing power allocated to the network, miners are allowed to participate in a race to validate blocks that might result in them ‘winning’ new Bitcoins. Thanks to this process, new bitcoins are issued and can begin to circulate on the market.

In its early days, the Bitcoin network described in the white paper written by the mysterious Satoshi Nakamoto in 2008 was intended to operate in precisely this way, with miners lending the computing power of either their computer or their smartphone to the network to solve a mathematical equation. This would thereby make it possible to validate transactions on the network and ensure that they were legitimate. Over the years, as Bitcoin’s price continued to rise, mining operations progressively resulted in rewards of 50, 25, 12.5 and 6.25 bitcoins (current reward) for each validated block of transactions. The decreasing rewards followed the latest ‘halving’, a feature of the network that halves the numbers of bitcoins issued when a block is validated at the same time as it increases the computing power required to obtain the precious bitcoins that reward miners for their essential work in powering the decentralised network.

The increasing difficulty of Bitcoin mining has given rise to a phenomenon known as ‘mining farms’, which are most commonly found in vast warehouses. They are companies that specialise in the extremely lucrative business of validating blocks on the Bitcoin network. It is no longer enough to plug in your computer and use it to validate blocks; instead, you need to invest into specially designed mining equipment. Scores of companies have sprung up that sell this equipment, which they supply to miners around the world. This is one of the activities of the French company Just Mining, launched by Owen Simonin, who is more commonly known by his French pseudonym, Hasheur.

Once we have understood that Bitcoin consumes energy, it ceases to be a dangerous myth and instead becomes an objective fact. “The first incarnation of a new technology bears the sum total of its imperfections. Bitcoin is the perfect illustration of this in the cryptocurrency world”. Using this statement as the starting point, two solutions subsequently present themselves: the first would be to simply stop there and abandon Bitcoin, the biggest cryptocurrency on the market, which has demonstrated its efficiency and achieved a valuation of more than $2 trillion (~£1.4 trillion) in 2021. The second solution is the one proposed by this article. It involves understanding which types of energy are used by the Bitcoin miners distributed around the world to power their mining equipment.

To maximise profits from their Bitcoin mining operations, miners must necessarily minimise the electricity costs associated with supplying electricity to their machines. This economic imperative leads miners to set up where energy prices are the lowest. Therefore, the majority of mining firms can be found in the vicinity of hydroelectric dams in China, but they are also located near geothermal energy sources in Norway or Iceland. Following a study carried out by Coinshares into the energy consumption linked to Bitcoin mining, it emerged that 74% of mining activities at any given point used a renewable energy source, with an estimated overall figure of 39% renewables usage.

As we all know, the Bitcoin network consumes a not insignificant amount of energy; nevertheless, when we take a closer look, we see that the energy used mostly comes from renewable energy sources and is almost always energy that would not have been used for any other purpose. These observations allow us to gain some perspective on the figures proclaiming that the Bitcoin network uses as much energy as an entire country, such as Ireland. While the claim is not entirely false, it does not automatically mean that Bitcoin’s energy footprint is the same as a country such as Ireland, since nearly half of the energy used comes from renewable sources. It is even less an indication that it would have been possible to power an entire country with the energy consumed by Bitcoin, as the energy it uses almost always comes from energy that would not otherwise be used, and therefore, wasted.

We shall end the discussion on the energy impact of Bitcoin transactions by talking about the Lightning Network. The Lightning Network is a recent development of the Bitcoin network first rolled out in 2008. It introduces the concept of the “sidechain”, that is, chains that run parallel to the main blockchain where transactions can be carried out, thereby reducing the number of transactions carried out on the primary chain. In turn, this reduces the network’s energy costs per transaction. Elsewhere, the French startup Keeex has highlighted that its Bitcoin-based document verification technology consumes less than a third of the energy associated with sending an email. These developments fly in the face of the accusations that depict the Bitcoin network as an energy-consuming monster.

Is this a phony debate?

Due to its decentralised and transparent system based on blockchain technology, Bitcoin is an easy target for its detractors. In contrast to an opaque international banking system, Bitcoin is transparent, we know how many transactions are being carried out at any moment and we know how difficult mining is. The list goes on.

As we previously discussed, yes, Bitcoin consumes energy. Nevertheless, the significance of this high energy consumption becomes unclear when estimations show that it represents less than 10% of the international banking system’s energy consumption, a system which has to power its servers, offices around the world and ATMs. These are all things that the Bitcoin network is able to bypass due to its decentralised structure.

Meanwhile, Bitcoin is not the only network based on PoW, the principal source of its energy consumption. Until Eth2 arrives, with its transition to proof-of-stake (PoS), the Ethereum (ETH) blockchain is also using the same PoW validation method. Even more ironically, Dogecoin, which Elon Musk continues to promote on Twitter, also uses proof-of-work to issue new digital currency into circulation.

All this leaves us with serious questions about the reasons for Musk’s ignorance of the operating methods used by different blockchain networks. The most likely explanation for his recent tweets is either the Tesla marketing department’s desire to distance itself from the image of an energy-guzzling Bitcoin, widespread among the network’s fiercest critics, or it might simply be a way for Musk’s and Tesla’s accountants to manipulate the cryptocurrency’s price downwards to then buy it back at a 10% discount. This is by no means an insignificant gain given that their first Bitcoin purchase was to the tune of $1.5 billion dollars (~£1.06 billion).

Bitcoin (BTC) is both the symbol of a technological revolution and a pioneer among cryptocurrencies. This status has brought certain disadvantages with it, such as a significant energy consumption. Nevertheless, with an equally significant proportion of this energy consumption coming from renewable sources, plus a level of consumption that is comparable to other activities using high-tech infrastructure and a number of developments allowing its energy footprint to be reduced, directly accusing Bitcoin of being a serial polluter would mean doing the same to Tesla on account of it not respecting the environment either. Tesla’s electric vehicle production has a significant impact on the environment, especially when considering the batteries’ voracious appetite for precious metals, the extraction of which releases extremely toxic pollution. Is it not better to consume controlled and predominantly renewable energy that gives us the chance to participate in a technological revolution rather than continuing to rely on oil, whose environmental impact is no longer even measured? Would you like to go back to using ink and paper instead of your computer because the latter consumes electricity? Would you like to know how much energy the entire international banking system consumes? To accuse Bitcoin mining of being too energy-intensive is to open the door to a litany of unanswered questions that quickly become a demonstration ad absurdum of how defining the Bitcoin network by its energy consumption will never be the best way to argue against it by far.