Today is Thursday, 11th November, and this is Cointribune’s Crypto analytics. You will learn about everything that’s been going on in the market, as well as what to expect next in our new article! If you’d like to read the previous instalment, please follow the link. Off we go! 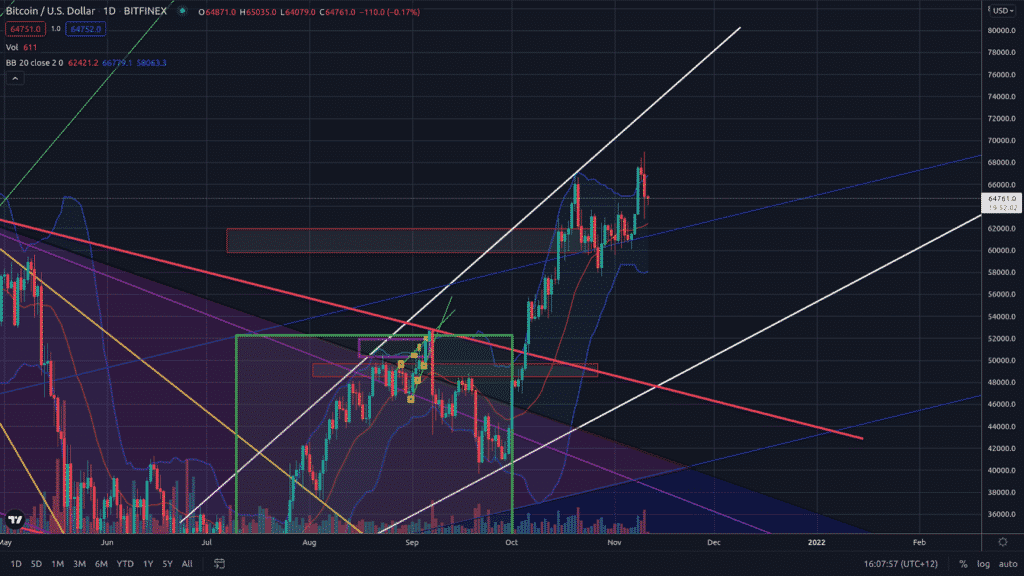 The bulls brought BTC close to $70,000, but close doesn’t cut it.  It’s too early to declare them the winners. The bears suppressed the buyers and as a result, we’re back at where we started. Will Bitcoin manage to top its ATH? The answer directly depends on whether the bull run will continue.

If BTC doesn’t muster the strength for a new breakout, the return to $60,000 is the next best thing to expect. From there, everything depends on the retest of this area. If the price goes below $60,000, we are in for a correction around $50,000.

BTC’s collapse seriously affected Ethereum. The largest altcoin is trading at around $4,600, and even touched $4,400 for a moment, marking one of the largest local ETH falls lately.

As I mentioned earlier, separating Ethereum from BTC doesn’t make any sense right now. Even though the largest altcoin doesn’t completely copy BTC’s moves, Ethereum is definitely quick to react to them, while remaining within its own ascending trading range.

Sooner or later, this movement will end with significant momentum. And some even believe that by the end of the year, we can expect ETH to reach $8,000-$10,000.  I wouldn’t be so sure about that.

Bitcoin can go below $60,000 at any given time. And although there’s a good chance that this fall will be immediately bought off, stay alert, and don’t forget about stop losses.