Today is Thursday, 18th November, and this is Cointribune’s Crypto analytics. You will learn about what’s been going on in the market, as well as what to expect next in our new article! Make sure to have a look at the previous instalment. Off we go! 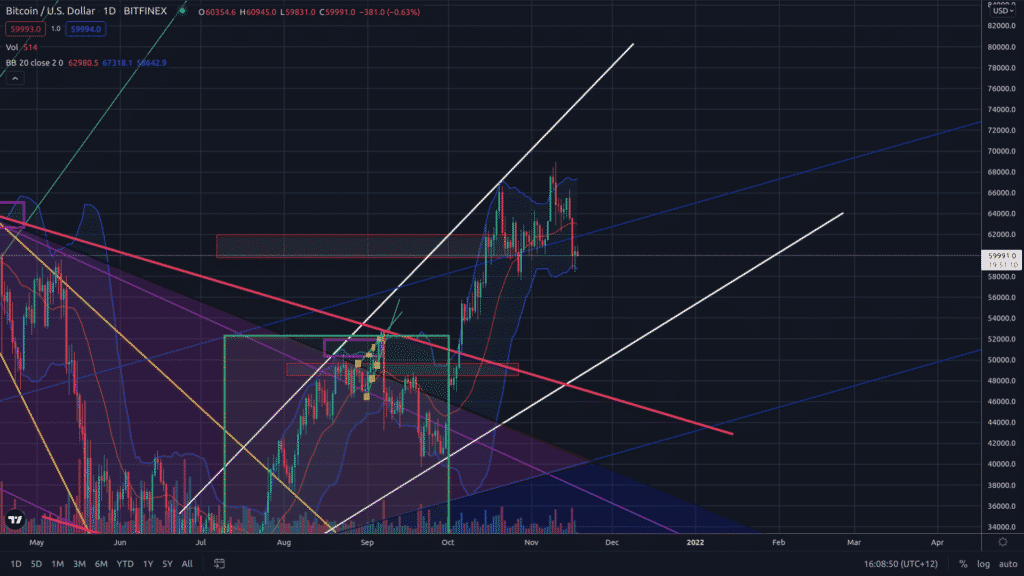 Over the past day, things have been shaping up for Bitcoin. Having dipped below $58,500 at one point, the BTC finally gave up the $60,000 zone to the bears, which might be reason enough to assume that it’ll continue to fall. At the time of this writing, the first cryptocurrency is trading around $59,800.

At the beginning of the day, BTC tried its hardest to recoup the losses it had suffered the day before. However, already then, it was long past the key psychological level, meaning that what’s happening at this point is no longer a battle for the ability to keep its head above support but a desperate attempt to break through the suddenly-emerged resistance.

Over the past day, Ethereum managed to touch down on support in the vicinity of $4000. However, fearing to fall even lower, the largest altcoin got its act together and bounced back to the current $4250.

However, it doesn’t look like buyers will want to rush towards ETH at this point. There’s still a high chance that we’re about to face a second attempt to retest support (and possibly a full-on collapse).

Don’t forget about risk management, and don’t neglect stop-losses. Right now, this advice is more relevant than ever.