Today is Monday, 19th October, and this is Cointribune’s Crypto analytics. You will learn about everything that’s been going on in the market, as well as what to expect next in our new article! If you’d like to read the previous instalment, please follow the link. Off we go! 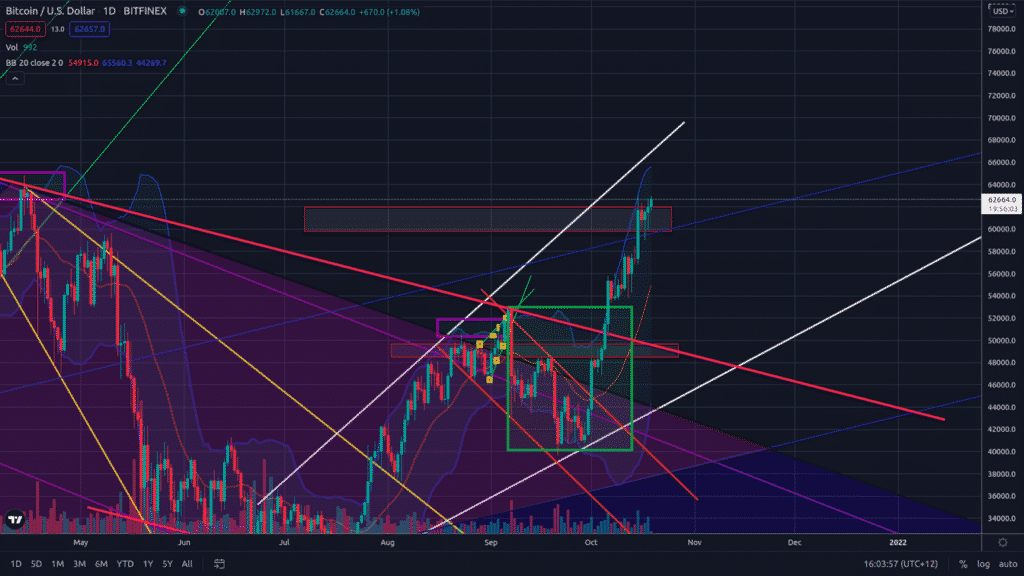 Bitcoin continues to prepare for a breakout, and possibly a decisive one — for a new ATH. Even though a correction seems long overdue (no significant pullbacks after gaining $20,000 in 19 days), BTC still looks bullish. What does that tell you? You should be very cautious when trading BTC in this climate. The situation can change in the blink of an eye.

Bitcoin’s growth cycles tend to follow a certain scenario: first, the coin is pumped through positive news or by large liquidity injections. After some time, the growth slows down, and Bitcoin starts ranging closer and closer to its local high. A few days later, when most buyers and sellers expect a correction, the market pumps, flipping the resistance line and making it act as the new support. This pattern repeats itself until most market participants identify it and believe that the next move is a sure thing.

If we consider this model to be true, then the next move is likely to be another pump, which will help us break through the resistance around $63,000. However, this price movement can no longer be called organic. This is pure manipulation, which, at any moment, can turn into a collapse.

Yet, now, while retail players are cautious, whales will not destroy the market and provoke the sell-off at least until they achieve a state of euphoria among the players. Most likely, they will try to raise the price way beyond the current ATH. 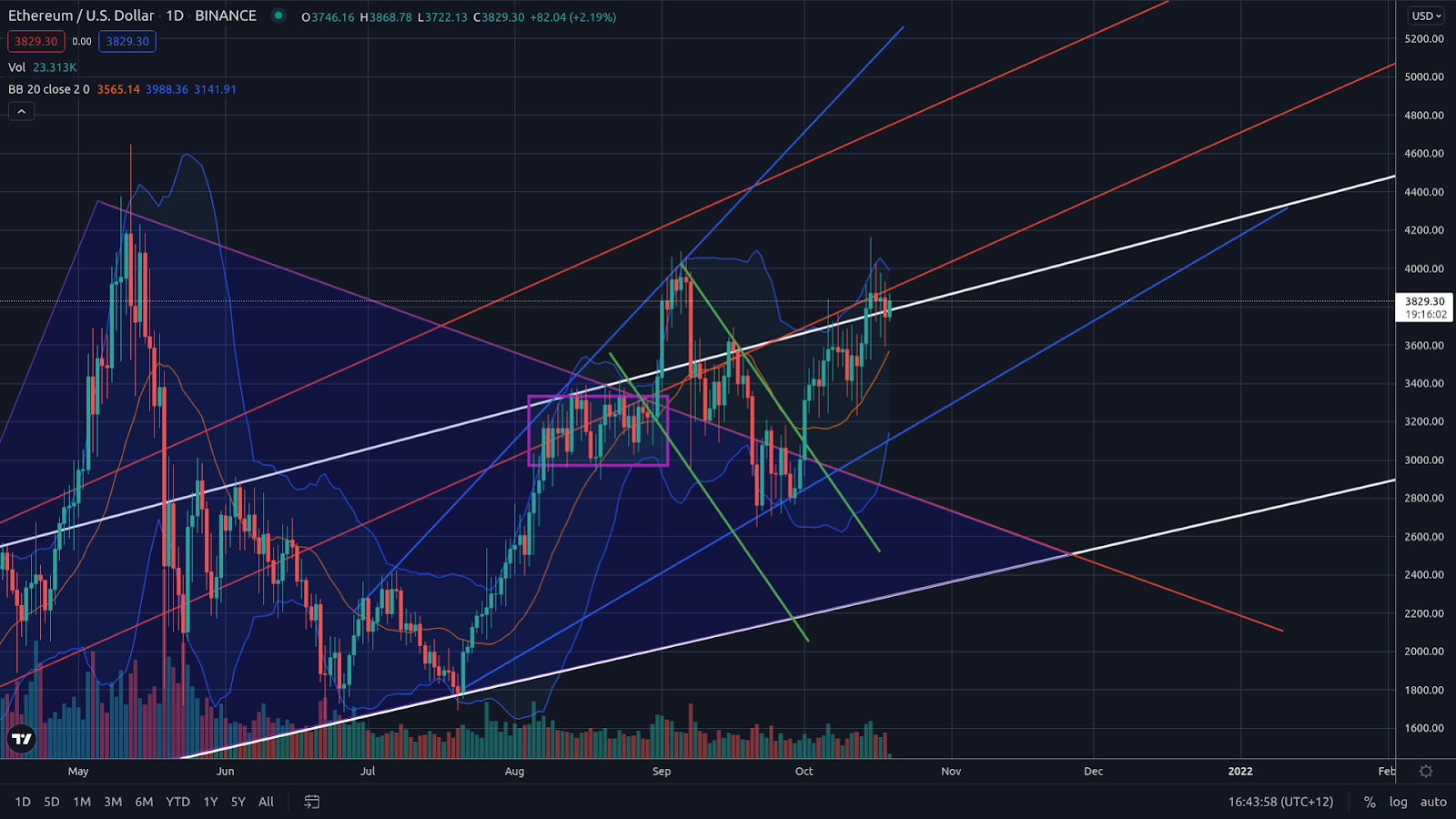 Ethereum is still trending downwards. The fate of the second most capitalised cryptocurrency strongly depends on Bitcoin, which currently dominates the market. Even despite the positive market sentiment, ETH is still only making attempts to climb higher that are then negated by the increasing BTC dominance. As of this writing, the price of Ethereum is $3,820.

ProShares ETF trading has just started. So, even despite the positive sentiment in the cryptomarket, it is still impossible to be completely confident in the subsequent growth. The ETF news, of course, proved to be a boon for the entire cryptosphere. However, there is still a possibility that we will see the 2017 scenario with CME futures played out again. So, now is not the time to relax. The bull run hasn’t been cancelled. However, the rules of the market say that the overleveraged must be flushed out, and the whales must scoop up more coins for cheap before moving further up, so the market needs a correction.