Today is Monday, 6th December, and this is Cointribune’s Crypto analytics. You will learn about what’s been going on in the market, as well as what to expect next in our new article! Make sure to have a look at the previous instalment. Off we go! 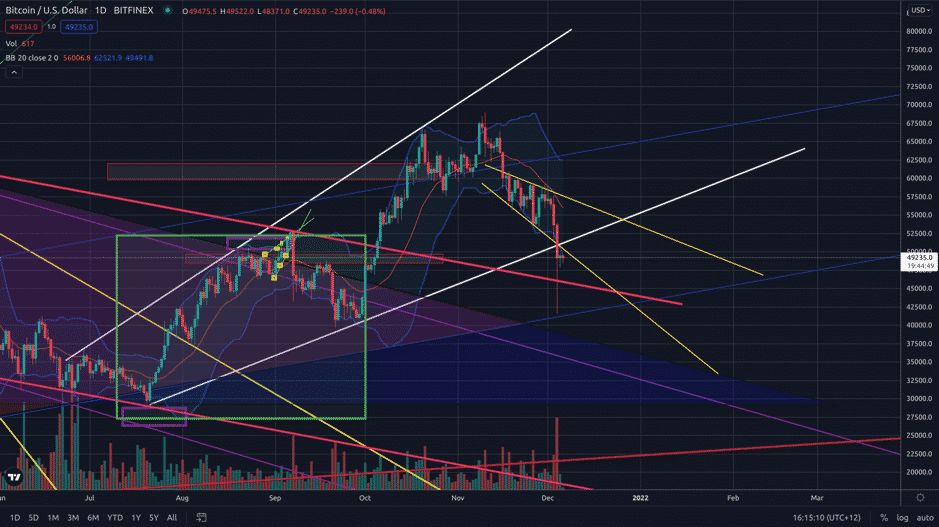 The recent market dump has revealed how over-inflated the market was. As a result, we saw Bitcoin try to retest the $50,000 resistance level several times before giving up and retreating to the $47,000 – $49,000 range.

The cryptocurrency is changing hands at around $47,600. I personally don’t think that the dump is over. Unless BTC manages to gain a foothold above $50,000 in the near future, we are likely to see it decline even further.

Both bears and bulls can’t decide on their next move so the cryptocurrency will stay relatively stable in the next few days.

Ethereum has followed Bitcoin’s lead by declining to the $4,200 level.

In case we see another leg down, ETH is likely to retreat to $3,000. The decline will allow investors to see both assets’ real price. However, if BTC remains relatively stable for the next few days, there is a good chance that Ethereum will attempt to take over the $4,500 resistance.