Satoshi Nakamoto launched Bitcoin during the subprime crisis. The Genesis Block contains the famous title of the Times: “Chancellor on brink of a second bailout for banks”. If we are to answer the question whether a remake of Lehman Brothers would bode well for BTC, the answer is yes. 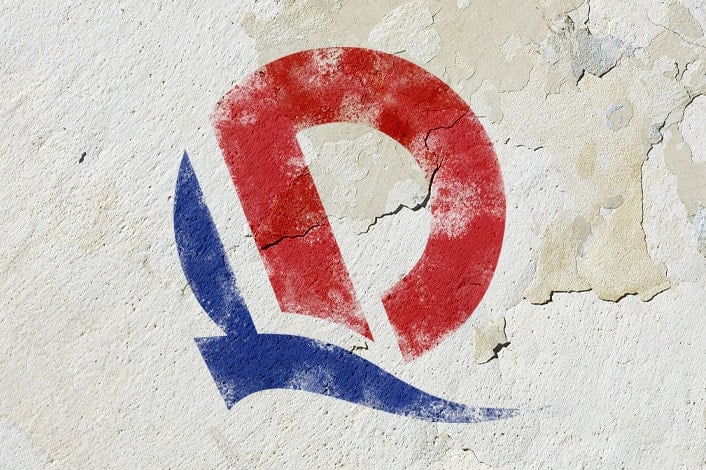 Lehman and the subprime crisis

Those who are under the age of 35 now might not quite remember how we had to change the paradigm in 2008. That year, the price of a barrel of oil reached $150 compared to todays’ $74 and Wall Street was blown up by the Lehman Brothers bankruptcy news.

On Monday, 15th September 2008, the AAA-rated Lehman Brothers filed an application for bankruptcy in the New York court. The fourth-largest investment bank in the United States with 164 years of history triggered the largest financial crisis since the Great Depression of 1929.

This was caused by the defaults of American households on their real estate loans. There were two reasons for that. First, the rise of the Fed interest rates to unsustainable levels that caught Americans with variable-rate mortgages off guard.

In fact, US bankers swindled a low rate to borrowers by failing to specify that the rate would increase from 1% to 5% as soon as the Fed raised its key rate. As soon as this rate hit its 2007 all-time high, real estate deals quickly became unprofitable. Millions of Americans lost their money.

However, it wasn’t only about increased rates. The substantial part of the problem was that the price per barrel of oil had reached 150 dollars that year! We have built a thermo-industrial civilization with its growth necessarily proportional to the amount of oil injected into the economy.

In this system, there is a cause-effect pattern whereby the absence of oil leads to economic stagnation, which leads to trade drying up, slowing GDP growth and ultimately cascading to debt repayments stopping.

It’s that simple. Oil is always the reason for economic crises. Companies are forced to lay off workers when the energy bill gets in the way of margins. Rising unemployment leads to repayment defaults.

How could an investment bank go bankrupt since this kind of bank does not make real estate loans?

That’s a good question. To answer it, let’s talk about “securitisation”. Don’t worry, it’s not complicated.

If we compare real estate loans to apples, securitisation would be the process of making large jars of applesauce labelled “high quality” with a lot of rotten apples. These bad apples are loans obtained by people who can easily lose their jobs in the event of an economic or energy shock.

By changing the nature of the loans, securitising them, banks can get rid of these big pots of applesauce on the “financial markets” when it is impossible to do it apple by apple. The aim of this securitised loan is to remove these bad loans from their balance sheets so that they can lend more and more.

Being under pressure, the rating agencies will eventually realise that these products were beyond repair. As a result, the rating of these securitised financial products deteriorated. To give the metaphor, the label suddenly changed to indicate that the product was, in fact, garbage. Unfortunately, the disastrous Lehman Brothers bank had bought much of the rotten goods and was the one to suffer from it.

Wall Street banks then used this financial fiasco as an excuse to stop dealing with each other. The result was a “freeze” on the banking system that the Fed will use to justify its “accommodative” monetary policies.

In other words, securitisation is a criminal financial technique that allows the risk to be pooled in a systematic way. This amounts to taking the whole society hostage in order to socialise losses via debt and inflation.

This was one of the fraudulent aims of this financial crisis: to give carte blanche to the Fed to play the arsonist fireman by pouring floods of central currency into the banking system.

“(The Great Depression of 1929) was not accidental. It was a carefully contrived occurrence.”

Louis McFadden, chairman of the Banking and Monetary Commission of the American Parliament from 1920 to 1931

Has securitisation been banned? No. It’s now student loan bubbles and car loans that are securitised…

Can we compare Evergrande’s bankruptcy with that of Lehman Brothers?

Nevertheless, shale oil will allow the US economy to get back on track. The United States has become the world’s largest producer of oil and gas! The question now is how long this respite will last. What we know for sure is that we have already passed the peak of shale oil after just a decade…

To sum up, in 2008, bad loans amounted to about $1.3 trillion. Lehman Brothers was exposed to $150 billion. AIG, which weighed four times as much as Lehman, was exposed to $500 billion and was finally bailed out to avoid an even more serious crisis. In total, just over $600 billion were spent to bail out the banks.

Evergrande is going bankrupt with a debt of over $300 billion on its hands. The real estate giant has sold more than a million housing units that have not yet been built…

Barron’s, the investor’s bible, assures, however, that Evergrande will not cause the same shock wave as Lehman Brothers.

“No, the probably pending China Evergrande Group bankruptcy is not Beijing’s Lehman Brothers, as some headline writers suggest. Yes, it does mark a turning point for perhaps the hottest property market in history, and developers will struggle with longer-term shifts.”

It is true that the markets have been in the state of levitation for a long time thanks to the printing press, so who knows what could happen?

The calm before the storm

Yours truly will be more careful than Barron’s Magazine since other major promoters, Sunac and Sinic, are already collapsing in the wake of Evergrande (90% of the stock market value of Evergrande went up in smoke). The Hong Kong stock market has lost 30% since the beginning of the year and the decline is escalating.

The price of iron is another telltale sign. The essential component in construction has melted more than 50% in a few weeks. Australia, China’s largest supplier of raw materials (coal, iron and gas), saw its national currency’s exchange rate against the US dollar decline by 8% since February.

The editor of the Global Times even thinks that Evergrande “is too big to fail”. And as you can see on the following chart, contagion is beginning to affect Chinese sovereign debt as the price of 5-year credit default swaps (CDS) has exploded.

In other words, the money will flow from the People’s Bank of China to close the loopholes. There is nothing to suppress Bitcoin.

Moreover, it is safe to say that the Chinese government has banned BTC exchanges in anticipation of the flight of capital that would trigger the fall of Evergrande as China closely controls the outflows of capital.

The important thing now is to know whether the bankruptcy of Evergrande will serve as an excuse for the Fed to continue to turn the money table. 36 out of 49 economists surveyed by Reuters now expect the Fed’s tapering announcement to occur in November instead of taking place a month earlier as it was previously estimated.

The central banks of Japan, Switzerland and England will also hold their monetary policy meeting this week. Are we at the dawn of a new fiat tsunami? This is, however, good news for the 21,000,000 BTC.