I am 35 years old. My parents are 65 years old. I represent Generation Y, while my parents proudly represent the generation of Baby Boomers. Between my parents and I, there is a real generation gap at a technological level. When the Internet arrived, my parents found it extremely difficult to embrace the web revolution. Nevertheless, little by little, they got there. Today, a major technological revolution is happening with Bitcoin. For Baby Boomers, it is very difficult to understand how Bitcoin works, and especially how it could be useful. 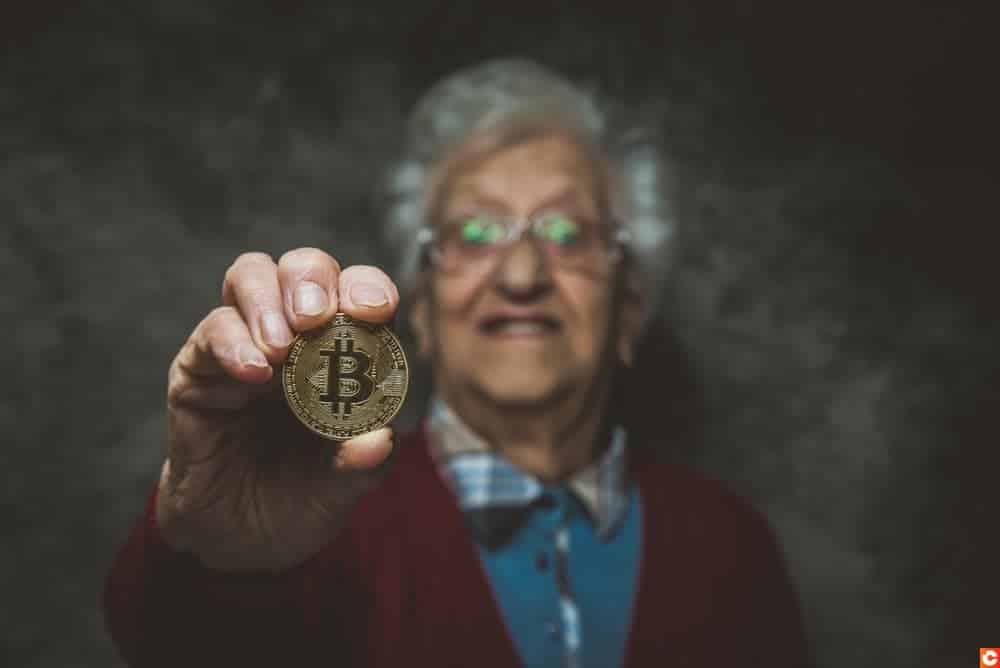 Beyond the simple fact that the current monetary and financial system seems to function perfectly for our parents, mainly because it is what has allowed them to accumulate significant wealth, they have a great deal of difficulty forming their own opinion on the subject thanks to the constant smear campaigns against Bitcoin by politicians and central bankers over the past few years.

If you are in the same situation as me, and you want your parents, and Baby Boomers in general, to stop considering Bitcoin as a project just for geeks, I advise you to follow the next three steps in order to explain what Bitcoin is.

By relying on what your parents already know, you will maximise the chances that they will understand how revolutionary Bitcoin is.

The generation of Baby Boomers represents people born between 1946 and 1964. Being 65 my parents came into the world at a time when the Bretton Woods system still prevailed.

The Bretton Woods agreement was the system that outlined the world’s international financial system after the Second World War.

From the middle of 1944, the world monetary system was organised around the American dollar, but with a nominal peg to gold.

This means my parents grew up at a time when the American dollar was becoming the all-powerful currency, but also when gold was still essential. Gold has been a safe haven for many centuries and Baby Boomers have mastered the benefits of gold very well.

When you want to discuss Bitcoin with your parents, the first thing to do is to make a comparison to gold.

Baby Boomers know full well that the supply of gold on Earth is finite. They also know very well that it is getting harder and harder to find new gold deposits.

Bitcoin was designed to simulate the behaviour of a finite commodity such as gold.

It is for this reason, Bitcoin also only has a limited quantity, just like gold. There will only ever be 21 million units of bitcoin in circulation.

In addition, like gold, it is becoming increasingly difficult to create (mine) new bitcoin. The more time that passes, the harder it gets to create new bitcoin and in turn the scarcer it becomes.

New bitcoin is created when a block (of transactions) is validated.

Originally, each validated block was rewarded with 50 BTC, however, every 210,000 valiated blocks, the reward is halved during an event known as the halving.

This will continue to take place until around 2140, when all of the bitcoin will have been created and put into circulation.

Unlike gold, however, the inflation of the amount of BTC available is predictable.

The advantage of gold over the US dollar is that it is very difficult to forge, and that the methods of proving its authenticity are now very reliable.

These properties of gold have allowed it to establish itself as a store of value throughout history. Baby Boomers love gold for that reason.

Bitcoin is based on a cryptographic mechanism which makes counterfeiting impossible. No one can create bitcoin out of nothing. The bitcoin you own can be easily authenticated on the Bitcoin blockchain.

Bitcoin is often referred to as digital gold, so it’s clearly no coincidence.

Tell your parents and other Baby Boomers that you will try to convince them that they should not solely listen to the background of negative noise that surrounds Bitcoin and simply focus on the facts which have been expressed.

2. The Bitcoin system can be compared to the email system

Gold is a tremendous safe haven that has proven itself for many centuries. However, gold takes up space and furthermore, gold has quite a weight in large quantities.

Your parents, who are probably Baby Boomers, know perfectly well that storing gold in their homes is not safe. If your home gets broken into, you risk losing everything.

Therefore, many opt for storage in a bank vault, but by doing so, you run the risk that what you own is confiscated by some higher power.

Furthermore, If you want to move abroad, you’re going to have a lot of trouble trying to get through customs with any large amounts of gold.

Finally, highlight the following problem to your parents: how would you go about sending a certain amount of gold to family or friends, located on the other side of the world?

Of course it is possible, but it is very, very difficult, and above all very expensive. Baby Boomers will generally be able to understand this complexity.

At this point, it is advisable to present the example of emails. Even though it was difficult for them in the beginning, most Baby Boomers got online.

Before emails, they sent letters which took days to reach their respective destinations – sometimes even longer if the destination was international. The costs of sending these letters was also extremely high.

With emails, everything became instant. Now, Baby Boomers communicate with their friends on the other side of the world for just the cost of their monthly broadband connection.

Making a transaction on the Bitcoin network is similar to sending an email.

You can tell your parents that they can send Bitcoin in any quantity to the other side of the world at a much lower cost, not to mention, almost in an instant.

Better still: nobody will be able to control the transaction in any form. Without any third party meddling in your affairs, the anonymity of the transaction is preserved. Likewise, no one can censor their Bitcoin transaction.

Notwithstanding, the day your parents want to retire abroad, they can easily take all their Bitcoin with them.

3. Bitcoin combines the properties of gold and the functionality of emails

So now you have the above two points out of the way, Baby Boomers will be on the same wavelength as you. Gold and emails are two things they understand well and have experienced the benefits of.

The next step is to explain that Bitcoin combines the properties of gold while offering a functionality similar to that of emails.

In Bitcoin, they would have a tremendous safe haven, a digital gold, at their immediate disposal. Bitcoin is the rarest thing created by humans which can be used in a completely decentralised way, without a need for any leader.

Bitcoin that Baby Boomers buy will be theirs. No one can stop them from using it how they wish.

While the gold that Baby Boomers own cannot be easily sent to others globally, sending bitcoin to someone on the other side of the world couldn’t be any easier.

Bitcoin is therefore both a safe haven and a future source of value thanks to its scarcity. That, coupled with a formidable and almost instant means of exchange almost at low cost, makes Bitcoin so revolutionary.

With this is mind, Bitcoin only has benefits, even for Baby Boomers, as long you stick to the facts.

Due to the fact that Baby Boomers have been big beneficiaries of the various monetary and financial systems that have been in place since their birth, they are not likely to question the current system. From their point of view, Bitcoin is more of a risk rather than an opportunity.

They listen to Bitcoin’s critics and believe that Bitcoin is dangerous because it promotes illicit activities.

This is, of course, not true and in order to make them understand what Bitcoin is, and why they too can benefit from it, you have to rely on things they know and trust.

By proving that Bitcoin has the properties of both gold and emails, you will maximise your chances of making them aware of what Bitcoin can offer and why they can benefit from the digital currency.

If you do, like I did with my parents, you will be surprised to find that there is a good chance that they will consider embracing the Bitcoin revolution.