Newegg, an online retailer of items including computer hardware and consumer electronics, has announced that its customers will be able to pay for goods in Shiba Inu. 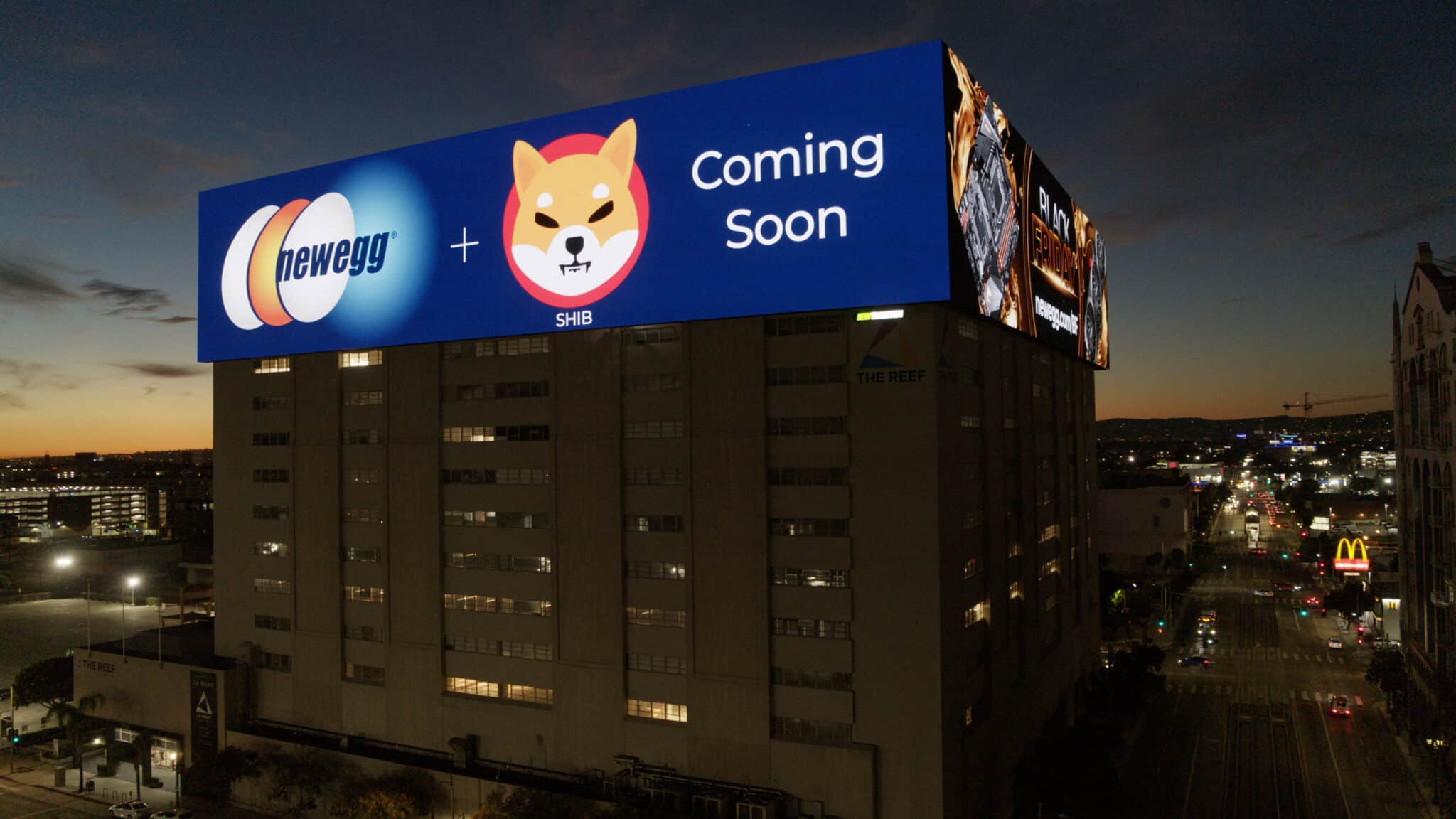 SHIB is taking over the world

The e-commerce giant took it to Twitter to make the announcement; the company has also rolled out a massive digital out-of-home (DOOH) advertisement on The Reef, the largest DOOH billboard in North America – it wraps around the top three sides of a building’s façade in Los-Angeles, California.

This became possible due to the company’s partnership with Bitpay.

Newegg has always been a pioneer in the crypto space. The company was one of the first ones to start accepting Bitcoin (as early as 2014), as well as Dogecoin and Litecoin in 2021.

Andrew Choi, the director of brand marketing at Newegg, has also commented on the news. He said that the company does everything possible to promote innovative ways of shopping by offering their customers to pay with one of the widest range of cryptocurrencies on the market.

“Through our partnership with BitPay, we have the ability to move quickly and lead the market with flexible cryptocurrency payment options. To that end, we’re excited to offer SHIB as a payment option on Newegg.com,” he added.

The adoption of the meme coin has been increasing in the past couple of months. In November, cryptocurrency exchange Gemini added support for SHIB. Its supporters are currently petitioning on Change.org for Robinhood to start accepting the cryptocurrency. 540,000 signatures have been collected so far. However, Robinhood seems to be in no hurry to start listing any cryptocurrencies.

Newegg Commerce has announced that it will accept Shiba Inu (SHIB) as a form of payment on its platform before the holidays.