EvidenZ (BCDT): much more than a token, a solid financial model!

EvidenZ has been on CoinTribune’s radar for some time now. This ambitious French project looks to disrupt the entire system surrounding documentation and certification. Today, let’s take a look at BCDT’s tokenomics. 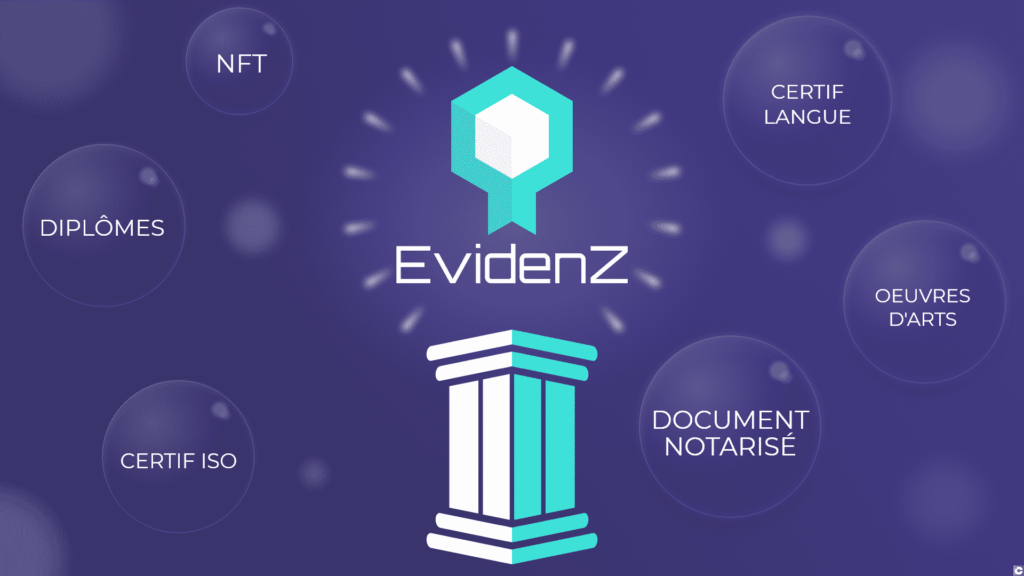 Disclaimer: This article is brought to you by EvidenZ. Crypto investments are risky by nature, do your own research and only invest within the limits of your financial capabilities. This article does not constitute an incentive to invest.

BCDT at a glance

EvidenZ uses the blockchain to ensure the authenticity of documents and qualifications. The project’s native token is the BCDT, the Blockchain Certified Data Token.

Launched in January 2018, BCDT has a total supply of 40,835,044 tokens. Granted, an odd number, but necessary for the team to accomplish the task set out before them.

Initially launched on Ethereum as an ERC-20 token, the token is also available on the Binance Smart Chain as a BEP-20.

A sensible token distribution is essential for any project with a long-term vision. If too many tokens are allocated to the community, you can be sure that it will be a flop. If too many tokens are given to the team, the project compromises on decentralisation and the risks of the team running away with the piggy bank increase.

If it is to have any staying power, EvidenZ must have a good distribution, which you can check for yourself here:

We can see that nearly 66.7% of the tokens were sold during the ICO, which validates the primary purpose of this token: to finance the start of the project. It is also a proof of decentralisation, because unlike other projects, the team does not have a large chunk of the supply. The team sits on only 3%, or about 1.2 million tokens.

Like the shares of a company, this amount encourages the team to improve the project and raise the price of its token, both for them and for their investors. This is a win-win situation for both sides, compounded by deflationary token economics.

Unlike many other cryptocurrencies, BCDT is not inflationary but deflationary. To date, more than 1.5 million tokens have been burned (permanently destroyed), that accounts for 3.67% of the total supply!

The reserve and community tokens are there to allow the company to forge strong partnerships at low cost or reward its most loyal supporters, such as liquidity providers on BSC or Ethereum.

I can hear the questions flooding in already: “The numbers are all well and good, but what exactly does BCDT do? And when do they burn tokens?”

Patience my dear reader, you’re about to find out.

Contracts, burns, companies and investors: how BCDT is used

A token to certify qualifications

If a company or school wants to publish a diploma (degree) on the blockchain, EvidenZ’s smart contract asks for tokens in exchange. Once these tokens have been paid, the network will in exchange give certification credits to the future issuer. When new documents are stored on the blockchain (either on Ark, Ethereum or Binance Smart Chain), these credits are consumed and the document becomes tamper-proof.

This gives everyone access to the proof that the diploma was issued, making the certificate unforgable.

A token designed for its users…

As you have probably realised, BCDT is a utility token. The fundamental difference with other projects is that its design takes into account its users.

The majority of projects with a utility token start from a simple principle: “to use my service you must pay a fixed number of tokens.” In this case, you need to buy tokens at the lowest possible price to minimise the cost of the service. These costs are also known as ‘gas’.

Although this logic holds up in theory, the practice is quite different.

Blockchains, and by extension cryptocurrencies, are still in their infancy. Firstly, you have to buy the token. Then, you have to buy ETH or BNB to pay gas fees to interact with the ecosystem. While this may seem easy for us, we can not expect businesses or organisations like universities to reason in this way.

By acting in this way, a project locks itself into a purely speculative play, because it restricts its market to connoisseurs of cryptocurrencies.

Other projects follow a hybrid logic: “you must pay a fixed amount in fiat (pounds/euros) but only in our token.” Although more realistic, this reasoning comes up against similar barriers: do companies actually want to buy the underlying asset? Do they even know how to do it? How can the transactions be declared for tax purposes?

EvidenZ takes into account these problems and offers a very simple solution. All costs are fiat denominated, say £2.50 per certificate, are paid in fiat to the team, who will then take care of buying the BCDT necessary to feed into the smart contract and produce the qualification.

Customers never have to touch cryptocurrencies, or even know that they are involved.

…and for its investors!

On the other hand, investors are aware of the existence of BCDT and can take advantage of it to make money. How? Simply by focusing on the large-scale adoption of the EvidenZ project. Remember, in order for a qualification to be created, the team must buy BCDT, which becomes rarer over time as they are burned.

Unlike other assets, the price of BCDT is therefore intrinsically linked to the product. More diplomas created means more BCDT bought and therefore more BCDT destroyed and… you get the idea.

But in a world that trends day after day towards hyperinflation, is this deflationary system sustainable?

A model designed to last

I know my readers are intelligent, I can hear the criticism already:

“According to Coinmarketcap, the token is currently at £0.081. So, knowing that there are still 39,326,998 BCDT in circulation, the team will only be able to create 413,968,400 qualifications! According to their site, the project only has one patent and another in progress. It won’t be a success! It’s clearly not viable!”

Calm down! First of all, well done for calculating that and for looking into the project’s patents. Secondly, I never said that all the BCDT needed would be burned.

In truth, only a percentage of the total amount is burned. From the £2.50 that a qualification costs, about £0.80 of BCDT are actually necessary, the rest is used, among other things, to pay different fees: gas, server, service, support and so on. In the end, only £0.20 of BCDT will be burned for each document submitted onto the blockchain.

“Ok, this adds more viability, but if tomorrow the company is used worldwide, in a few years the model will no longer be viable, regardless of whether it only 20p or not!”

This of course is true. However, the 20p is just an example. One element seems to have escaped you, dear reader. No matter the price of BCDT, the price of qualifications does not change! Even if over time the value of BCDT increases due to its scarcity, the number needed to pay for the order will be mathematically lower and lower. As a result, the amount burned will also be lower and lower.

We can find a similar pattern in the issuance of Bitcoin (BTC) via the halving mechanism, which tirelessly slows down the creation of new coins. So, although 18.71 million BTC, or nearly 90% of the supply has already been mined, we have to wait until 2140 to mine the last bitcoin.

Moving away from the blockchain, this concept can be found in the famous paradox of Achilles and the tortoise. Although Achilles runs faster than the tortoise, he can never catch up with it.

So, although the criticism that “there won’t be enough BCDT for the solution to work” exists, it will take an infinitely long time to get there.

Microsoft, Binance and 105 other institutions on board, yet the price seems like the tortoise…

Allow me to quickly remind you, this is not financial advice. However, let’s look at this project as an investor. If you’ve followed the approach so far, you will have noticed that the more the price increases, the more the number of destroyed tokens decreases. So, isn’t it better if you have a long-term vision, thanking the team for removing from circulation as many tokens as possible in the early stages of its existence? I’ll let you decide…

In just three years of existence, this French company has been able to take advantage of the capabilities of the blockchain. If you want to know more about the project roadmap, take a look at this small summary post and join the project’s Telegram group. Don’t forget, document forging is a big issue, and somebody has to put an end to it!