The cream of the Bitcoin crop will are meeting in Miami between 4th and 5th June 2021 for the biggest conference in Bitcoin history. Here is a summary of the first day for you! We’ll be watching the whole conference, so stay tuned to Cointribune for more updates: LIVESTREAM ALSO AVAILABLE. 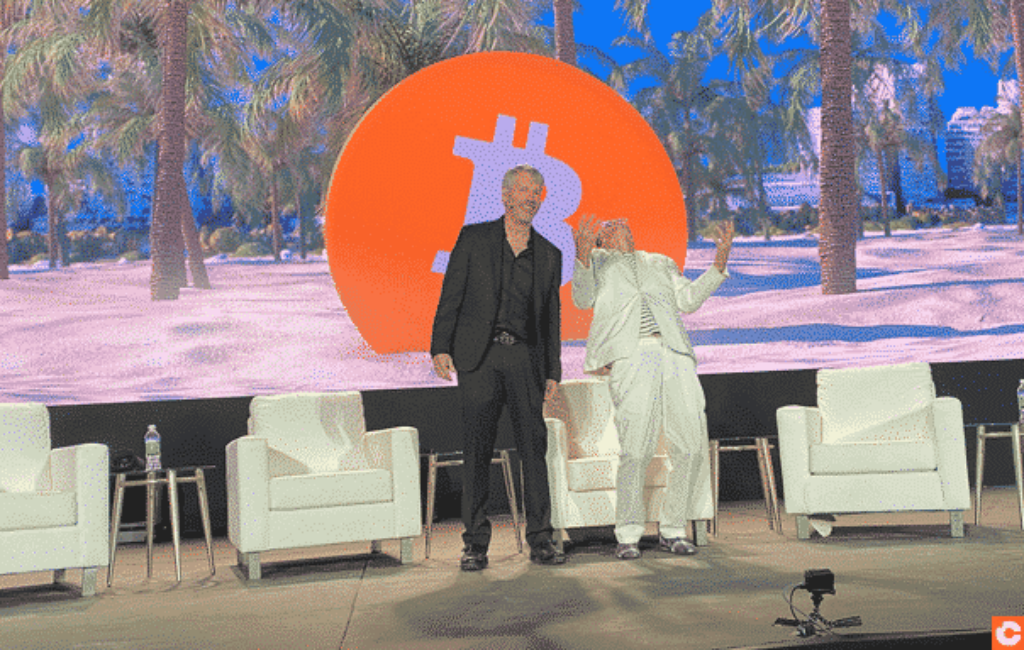 The Mayor of Miami delivered some big blows during his opening speech:

“The era of central bank printed money is drawing to a close.”

“We were the first to adopt Bitcoin. “

Senator Ron Paul then spoke to talk about freedom:

“A lot of money has been circulating lately, but it’s counterfeit.”

“What we need to do is get rid of the Federal Reserve… The FED is philosophically out of breath. They have no idea what they’re doing anymore.”

“If you don’t like the dollar, you should have the absolute right to use whatever currency you want.”

“The US national debt is $28 trillion… Grimly, things are going well for Bitcoin.”

“The people here [at Bitcoin 2021]… are much better informed than the people in Washington.”

“This pandemic is fabricated.”

Nick Szabo, the creator of Bit Gold, the ancestor of Bitcoin, spoke about the history of money:

“We are in the final stages of two radical experiments:
1) A worldwide monopoly of fiat currency.
2) Global digital centralisation”

“Good money must have intrinsic value.”

“Bitcoin has solved a lot of the problems with precious metals.”

“Since the end of Bretton Woods, the world has kept accumulating debt. The fiat currency encourages banks to lend more and more money.”

“Since the financial crisis, the downgrades of debt ratings by rating agencies have multiplied. Even the safest debt, the sovereign debt of governments, is no longer necessarily secure.”

Finally, the two stars of the day: Max Keizer (whose first words on stage were “Fuck Elon”) and Michael Saylor.

“We are not selling, Fuck Elon”

“When I discovered Bitcoin a year ago, I thought to myself that it was digital gold and its value would 100x, and that I should buy as much of it as possible.”

“That what does not kill Bitcoin, makes it stronger.”

“I think Bitcoin is the most efficient use of energy that mankind has ever invented.”

“I see Bitcoin as the most secure, the most reliable, the most certain thing in the entire economic world.”

“Bitcoin makes the whole financial system rational. Bitcoin gives back to the human race its freedom and property rights.”

“Bitcoin is hope for 8 billion people.”

“There is no reason why it [Bitcoin] cannot become a 200-300 trillion dollar creature.”