Socios and 76ers join forces to give more power to the fans!

On 17th June 2021, Socios announced its first contract with an NBA team. After conquering the world of high-level American football and e-sports, the Socios platform is jumping into the world of basketball. This way, fans and supporters will soon have the opportunity to take part in certain decisions affecting the club, simply by holding its Fan Token. 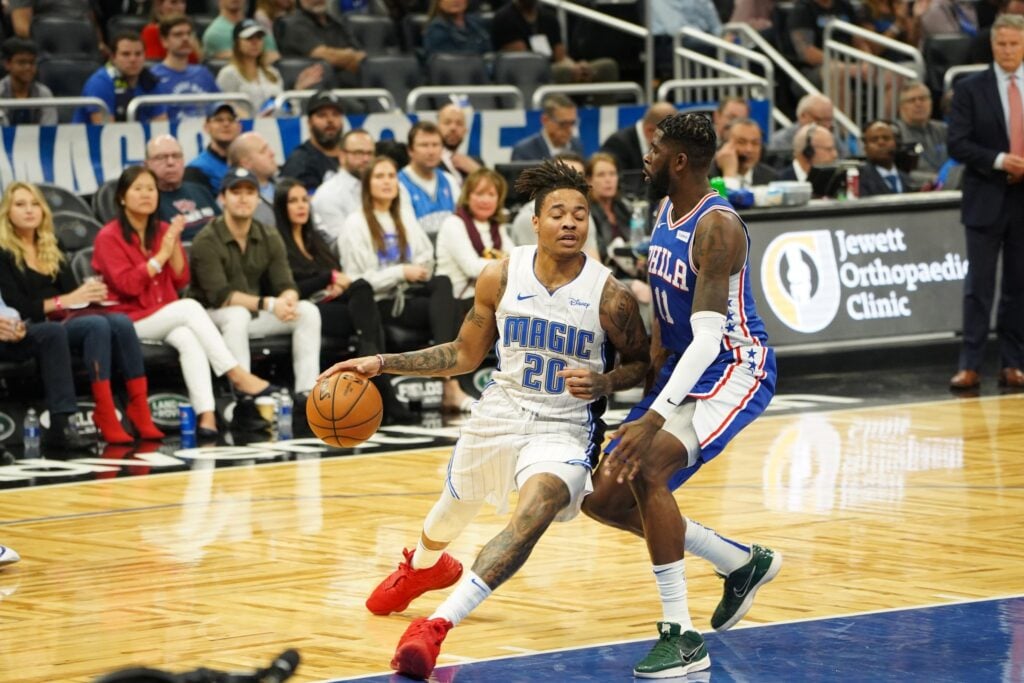 Socios: a platform that empowers the fans

Socios is a company, or rather a platform, that offers a unique solution. By teaming up with sports clubs, it offers their supporters the chance to buy Fan Tokens, digital tokens that bring certain benefits. A contract is signed between the platform and the club that lets token holders vote on key topics a certain number of times per year. This means that supporters can financially support their favourite club while taking part in decisions that bring them closer to their team. Juventus fan token holders have been able to choose the music played when the team scores a goal, for example.

A promising revenue stream for the team

Not only do these tokens connect clubs with their supporters, but on top of that, they can be quite profitable, too. Fan Tokens are a kind of cryptocurrency whose value is constantly fluctuating. You have to pay to buy it, and over time, the benefits awarded to token holders will undoubtedly evolve. For example, some clubs offer cashback on purchases in certain shops.

A partnership that benefits both the 76ers and Socios

This is the first time that Socios has launched a partnership with an NBA club. This opens up the platform to a whole new audience and type of advertising, as it will appear on the team’s site, on-screen during matches, as well as on its socials. Eventually, fans may be able to acquire 76ers Fan Tokens in order to become even more active!

Clubs are looking for new ways to communicate with their tech-savvy supporters and, above all, are trying to include them as much as possible in certain decisions. The blockchain is especially useful in such circumstances. Socios could mark an important turning point in the relations of clubs with their supporters.