Blockchain Applications in the World of Traceability

The lack of transparency about the origin of the goods we consume or produce is now having a knock-on effect. We are seeing a sharp increase in the number of preventable scandals. Examples include the contamination of the Lactalis group’s baby formula in 2018, the problems with the production of the Boeing 737 in 2019 due to the complexity of supply and logistics chains, and the Volkswagen Group’s misleading advertising with Dieselgate. 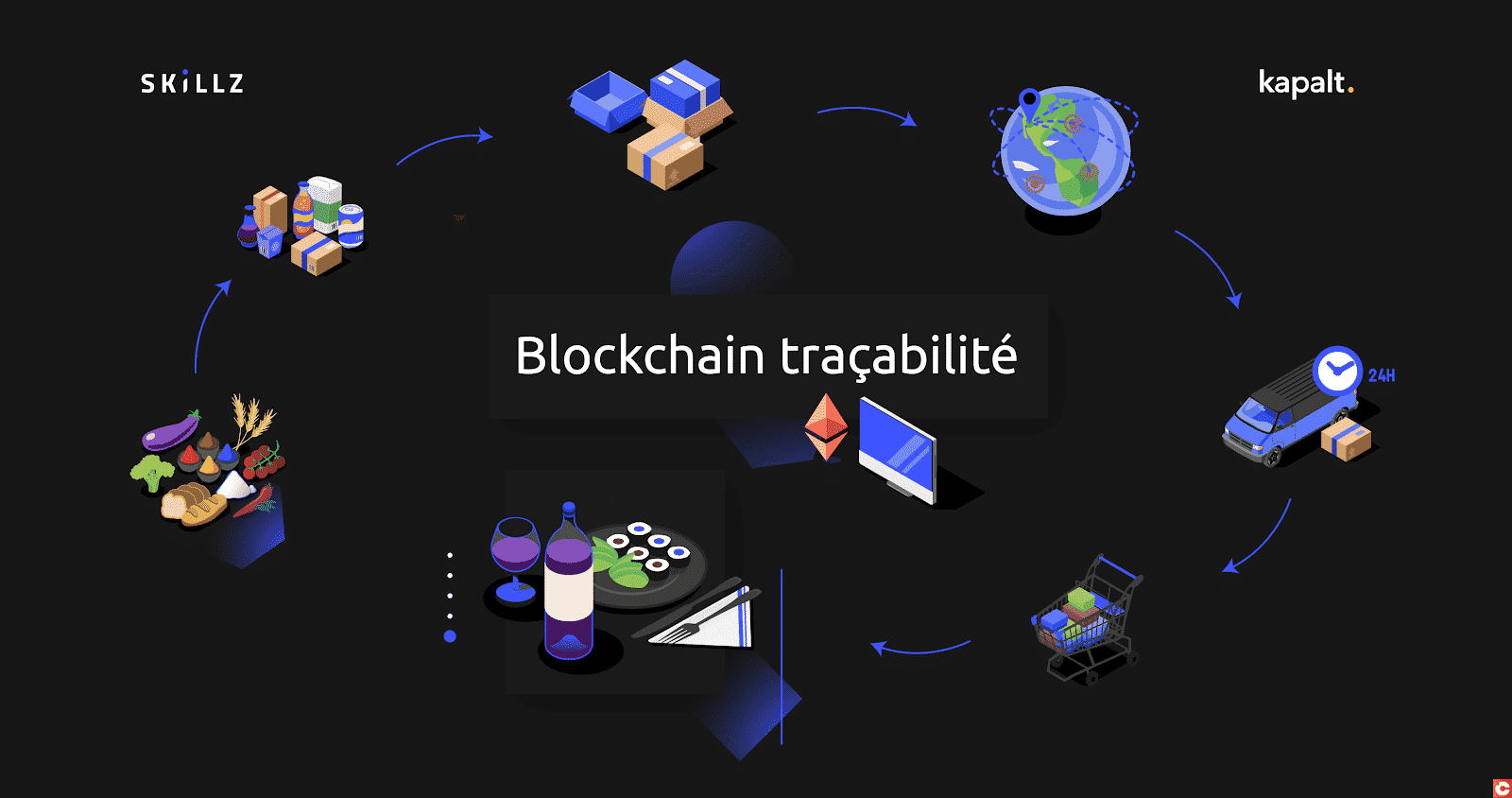 In this context, where value chains and ecosystems are becoming highly complex, it is crucial to regain consumer confidence. It is with this in mind that blockchain technology can intervene to bring a higher level of transparency.

Luxury sectors are poised to have real value added by this new technology. LVMH teamed up with ConsenSys and Microsoft recently to announce the launch of the Aura platform. This solution should address the never-ending problem of the group’s products being counterfeited. The start-up Everledger, founded in 2015, allows diamonds to be traced from mine to buyer, recording all movements and intermediaries. The aim of this solution is to combat fraud and to be able to guarantee authenticity in the diamond market.

Traceability issues are also rife in shipping. Maersk, with its TradeLens solution, a shared infrastructure that already unites over one hundred players (carriers, ports, customs, logistics companies, etc.), should enable better information flow and thus reduce transit and waiting times. In this case, the blockchain allows all players in the same value chain to have real-time access to the same facts about the state of a container.

The pharmaceutical industry also has many use cases and plenty of potential – especially in the fight against dangerous counterfeit medicines. Fraud is a market worth about $200 billion a year and is particularly prevalent on the African continent. Furthermore, according to the WHO, 700,000 lives a year could be saved by eradicating trafficking. Since 2016, Chronicled has been looking at the issue with its Cryptoseal project.

Other aeronautical projects are also under consideration, both in aircraft production lines and maintenance cycles.

The areas of intervention are cross-industry and have plenty of scope to improve transparency for the end consumer, driving operational excellence. This method of traceability is currently under development in the agrifood industry…

In early 2019, a perfect example of the need for food traceability hit headlines across Europe. 11 countries received shipments of meat taken from sick animals, slaughtered fraudulently at an abattoir in Poland.

In this context, the issues of transparency and traceability in food chains are back in the spotlight and are leading companies to step up their efforts to find innovative solutions to respond to image risks that may lead to a drop in customers.

As a result, they are increasingly turning to new technologies, particularly the blockchain. It is especially taking the retail sector by storm, where products are registered using this IT infrastructure, which guarantees transparency throughout the production chain. This will no doubt have a positive impact on their sales figures, directly related to the boost in customer confidence.

Let’s take a closer look at blockchains for business (so-called ‘permissioned blockchains’). They are a distributed and secure transactional database, built by consensus, combined with a system of self-executed contracts (a.k.a ‘smart contracts’) based on business logic.

This infrastructure has two major advantages over traditional centralised databases.

·        It ensures the integrity and real-time traceability of data, enabling effective and transparent collaboration between users.

·        It automates and secures processes through the efficient self-execution of contracts.

The blockchain offers competitive advantages by allowing partners and customers to work with databases more efficiently and transparently. Automating tasks and streamlining business processes while enriching relationships with third parties are critical goals for distributors.

This is the case for Walmart, which relies on the IBM Food Trust solution, developed on Hyperledger Fabric technology. This solution now includes suppliers such as Unilever and Nestlé as well as other distributors such as Carrefour.

In conclusion, Blockchain technology represents a real opportunity for businesses. Deploying new IT infrastructure would simplify procedures and reduce logistics costs while improving communication and coordination between businesses.

This article was co-written by Maxime Jeantet and Marc Durand from Kapalt, and Hugo Rakotoarisoa and Laszlo Szabo from SkillZ. Kapalt is a company that supports companies through the development of blockchain/distributed ledger technology (DLT) solutions. SkillZ looks to make blockchain technology accessible to business with its blockchain as a service (BaaS) solution.