Cara Delevingne to sell NFT video about her vagina

After Eminem, Emily Ratajkowski and many other celebrities, it’s Cara Delevingne’s turn to enter the NFT world. The popular 28-year-old British actor and model is about to auction off a nude video of herself talking about her anatomy to raise money for her foundation for women’s rights, the LGBT community and the fight against climate change. 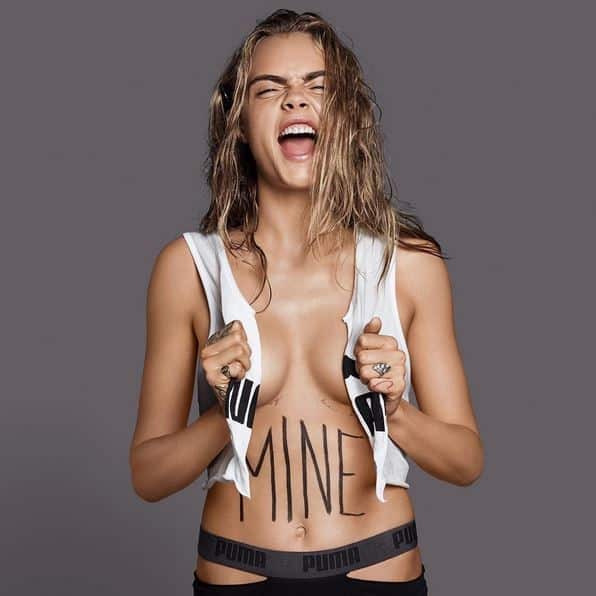 Cara Delevingne is a global celebrity with a huge Instagram following. She has a prestigious modelling career. At just 19 she became the face of Burberry and has modelled for several magazine covers, ad campaigns and fashion shows. Recently she made promising acting debuts in the film Suicide Squad and the series Carnival Row.

To make the token, the star teamed up with Chemical X, an anonymous artist who has already made designs for Fatboy Slim, Dave Stewart and Orbital. While most NFTs are mined on the Ethereum blockchain, this one is on Bitcoin. The NFT is being sold on ThisIsNumberOne, the first NFT platform to use Bitcoin to mine art.

The token contains a 30-second video of her in front of the sea, naked, without makeup, her arms covering her bare chest, in front of a sunset with a beach in the background, and talking about her vagina. The video is called “Mine”. The name seems to be quite meaningful for Delevingne who says “my first word was “mine”. For me, that means the thing that is the most mine. My vagina. It’s mine and no one else’s. I choose what I want to do with it, and no one can take that away from me”.

The aims of the video

With this video, Cara Delevingne said she wanted to “remind people how powerful they are, how beautiful their bodies are and to be proud of them”. The main aim of the video is to create a sense of self-acceptance, particularly of appearance.

The second aim is to generate profits from the sale of this NFT. They will be given to the Cara Delevingne Foundation, which campaigns for women’s rights, the LGBT community, mental health and environmental conservation.