China getting serious about the crypto ban

Chinese authorities have repeatedly tried to ban cryptocurrencies and everything crypto-related, but so far their attempts have been unsuccessful. It would be reasonable to think that everything is the same this time, but that’s not the case. 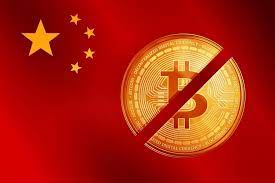 Unlike previous statements, this time the message of Chinese authorities came loud and clear, proving their tough stance towards digital assets. It’s worth mentioning that even after such actions, the Chinese government would have hardly been taken seriously unless Huobi, a popular offshore exchange founded in the country, didn’t stop registering new users with a mainland Chinese phone number.

And if yesterday could have been written off as a technical malfunction, today the company has officially announced that all mainland China user accounts will be deleted by the end of 2021.

According to Bloomberg, the Chinese government’s seriousness was also confirmed by Henri Arslanian, leader of the crypto department PricewaterhouseCoopers (PwC), one of the biggest audit companies in the world. “Crypto transactions and crypto services of all kind are banned in China. No room for discussion. No grey area,” he stated.

By banning cryptocurrencies, the People’s Bank of China (PBOC) along with nine other institutions, including the Supreme Court and the police, have also closed the only loophole allowing citizens to have accounts on offshore exchanges like Huobi. Moreover, foreign platforms are now prohibited from hiring Chinese employees for positions in marketing, technology and finance, thus also limiting the ability of crypto exchanges to provide customer service in China.

To make matters worse, China’s regulators have also declared that Bitcoin (BTC), Ethereum (ETH), and other crypto assets cannot be equated to fiat currencies. By the way, the digital yuan hasn’t been mentioned in any of the statements.

China continues its crackdown on miners

Finally, the Chinese authorities have begun to look into cases of abnormal energy consumption. They do so to track illegal miners and speed up the mining ban.

When mining was declared illegal in China, many crypto miners were quick to leave the country, causing the hash rate of the network to fall by 46% (approximately equal to the computing power consumed by Chinese miners at the time).

However, at the beginning of summer, this figure started to grow and soon returned to its previous values. This means that Chinese miners have gone back to work in other countries. But this also means that some of them now work underground, and the Chinese government is on to them.

At the moment, the only thing the Chinese can do with crypto is to store it, the authorities haven’t yet made it illegal. But even this doesn’t make everyone believe the watchdogs will be able to ban cryptocurrencies completely. For example, Bobby Lee, founder and CEO of Ballet Wallet said people can still make personal transactions.

While some still believe this ban won’t lead to anything, others expect the grip to tighten. For instance, Arslanian from PwC is no longer sure the current status of cryptocurrencies as property will remain the same in the future.

Henri also noted that Chinese digital assets users will have to look for new cryptocurrency exchanges if most of them follow in Huobi’s and Binance’s footsteps and forbid Chinese to create accounts. The leader of PwC’s crypto department also noted it will be interesting to watch if Chinese crypto users try to use any “alternative” ways to circumvent these restrictions. After all, it’s very difficult to restrict crypto trading given the confidentiality it provides.

Will the Chinese authorities manage to ban cryptocurrencies? Well, time will tell. In the meantime, it is obvious that the Chinese are already struggling with the restrictions imposed.