As the Amount of Dollars Multiplies, Bitcoin Keeps Getting Rarer

As the world plunges into an economic crisis stemming from the rapid global spread of the coronavirus, the Federal Reserve prides itself on being able to print the dollar at will. That’s what is currently taking place with the $6 TRILLION plan to support the American economy. This profusion of US dollars, which continues to decrease in value, highlights the scarcity of Bitcoin whose maximum supply will remain frozen at 21 million no matter what happens. It is hard to deny but the world economy finds itself at a turning point, in the midst of a pandemic with a magnitude not seen for decades. Most of the world’s population has experienced some form of lockdown to limit the spread of Covid-19. 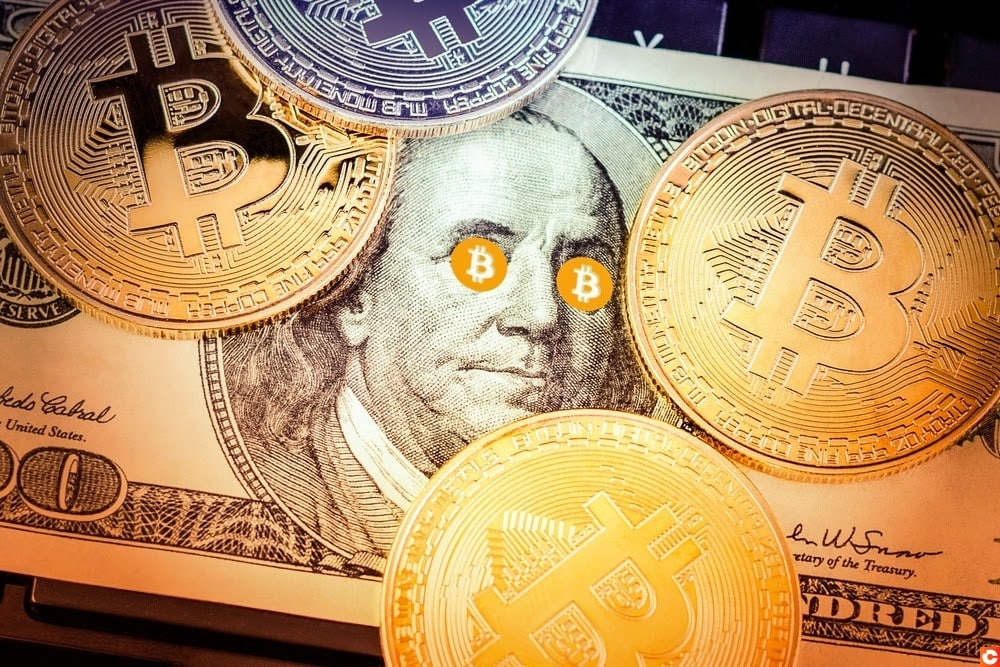 This forced shutdown of most of the world’s economies has had significant economic consequences. It has been a necessary evil, however the post-coronavirus crisis already promises to be very difficult with recessions likely in most of the world’s major economic powerhouses.

An economic crisis happening before our very eyes

As I write this, the American economy is not doing well. The financial markets have literally collapsed since the beginning of March and the latest unemployment figures are raising fears of the worst. In the past week alone, a record 3.3 million people have filed for unemployment benefits in the United States.

A catastrophic unemployment crisis has begun. In the weeks to come, unfortunately, it can only increase. Many are even beginning to fear that unemployment figures will reach the record levels of those seen during the Great Depression that hit the United States in the early 1930s.

To try to respond as best as possible to this emerging economic crisis, the Federal Reserve and the United States government have taken extraordinary measures. The latter of which was signing an agreement with the United States Senate for a package supposed to stimulate the American economy. At the heart of this package is a check for $1,200 which will be sent to each and every American.

The goal is to boost consumption in order to ultimately support American companies that have been hit hard by the slowdown in consumption.

The zero interest rate taboo has just been broken by the Fed.

A few days later, on 15th March, the Federal Reserve announced a $700 billion quantitative easing program by lowering the reserve rate requirement for banks to zero.

These measures, already out of the ordinary, were not enough to reassure Wall Street with the Dow Jones falling to below the 19,000 point threshold. Trading curbs (aka circuit breakers) became the norm throughout several consecutive sessions.

The Federal Reserve swaps a bazooka for a nuclear bomb

On 23rd March the Fed decided to change their weapon of choice from a bazooka to a nuclear bomb. No more limits on the injection of liquidity, the Fed unanimously voted for the immediate application of an unlimited quantitative easing programme. The message sent was clear:

The current monetary and financial system must be saved no matter what.

Following this announcement, Neel Kashkari, chairman of the Federal Reserve Bank of Minneapolis, was interviewed for the programme ‘60 Minutes’ on CBS. He then made an even more incredible statement:

Yes, you read that correctly. Kashkari boasted about the fact that the Federal Reserve can print an infinite amount of $$$.

Whatever the cost, the fiat system will be saved.

Unfortunately, he does not specify that this ability to produce endless cash from the Federal Reserve comes at the expense of what American citizens have.

Currently, the money supply in circulation, represented by the M2 Money Stock index, is close to $16 trillion. From 2010 to 2020, this money supply almost doubled. This sharp increase in just ten years obviously implies a sharp monetary devaluation of the US$.

The purchasing power of the average American citizen has therefore declined over the past ten years, and it’s exactly the same in Europe.

Many believe that in order to combat this economic crisis, the Fed will have to inject at least $6 trillion into the system. If it had taken M2 Money Stock ten years to increase by $8 trillion, it will only take a few weeks for it to increase by $6 trillion this time around.

While the Federal Reserve boasts about having an infinite amount of American dollars, Bitcoin continues to see its maximum supply set at 21 million which gives it incredible scarcity. Even better, this maximum offer was the same in its year of creation over 10 years ago and it will still be the case in 2030 and even 2050:

Bitcoin has a clear monetary policy that does not depend on any arbitrary human decision.

Its monetary policy is defined within the Bitcoin source code which is automatic and predictable. Whatever happens, there will only be a maximum supply of 21 million bitcoin. Likewise, the creation of new Bitcoin will continue to decrease every 210,000 blocks of validated transactions.

No matter what, the third Bitcoin Halving will take place after the 630,000th block, increasing its rarity.

The most incredible thing is that this long-awaited event comes at a time when the supply of US dollars is clearly described as infinite by the Federal Reserve. So, while Bitcoin will undergo a real supply shock in May 2020, which will play on its scarcity, the American dollar will continue to be devalued.

At best, the difference between the fiat and Bitcoin monetary systems will never have been clearer.

This scenario looks so perfectly coincidental for Bitcoin that it almost seems as if someone wrote it in advance to promote Satoshi Nakamoto’s creation. Its scarcity will further strengthen thanks to the devaluation of the American dollar (the supply of which has become infinite).

Bitcoin will therefore greatly benefit from this exposure in the coming months, showing that its rarity is an absolute force. I am still very optimistic that a very strong bull market will take place as planned in the 18 months following its third halving.

The coming months will be exciting for Bitcoin. In addition to its traditional role as a safe haven, Bitcoin will also take a stand against currency devaluation. As if things were written in stars, it has never been more evident that Bitcoin was created for precisely the situation we are about to experience.