Eight Hard Facts that Everyone Should Know About Bitcoin

In life, no matter how successful you are, there always comes a time when you need to go back to the basics. It allows you to become aware of the core principles that have made you who you are and what has helped you progress in life. Going back to basics is also important for a whole host of other things too. At a time when everyone is talking about Bitcoin’s third halving, the expectation of this event masks the anticipation of the possible beginning of a very strong bull market for Bitcoin in 2020 and beyond. 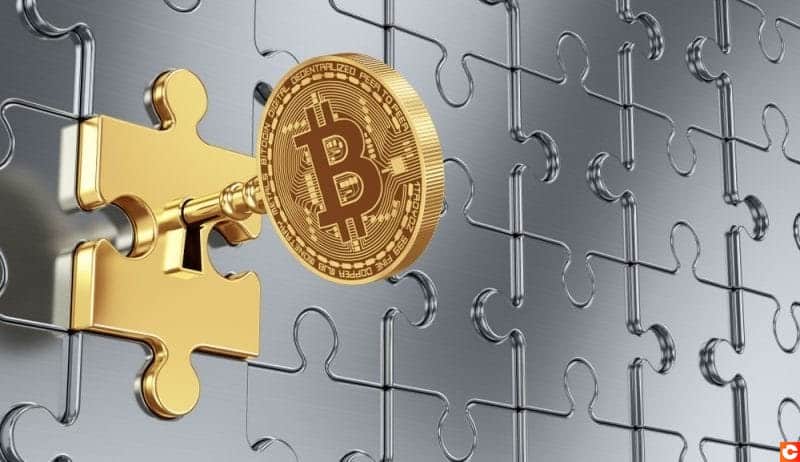 With all the questions relating to the current and future price of Bitcoin, we are almost forgetting the reasons why Bitcoin is so revolutionary in this promising future. In this article, allow me to offer a return to the basics with eight hard facts about Bitcoin which are imperative to this topic’s understanding.

There are 21 million bitcoins

When he created the Bitcoin blockchain, Satoshi Nakamoto decided to define a maximum number of bitcoin that was to be put into circulation via mining.

A maximum of 21 million bitcoin was set to be put into circulation.

Different hypotheses exist as to why Nakamoto chose to limit the number to 21 million, but no one really knows for certain why this specific figure was chosen. We do know, however, why Nakamoto set a maximum quantity for the number of bitcoin.

The idea was to turn Bitcoin into a commodity like gold.

Bitcoin had to exist in a finite quantity with increasing difficulty of finding (mining) new ones over time.

This second property is made possible by the unique Bitcoin event known as the halving (or halvening) which takes place at every 210,000 validated transaction blocks. A halving, as the name suggests, halves the amount of bitcoin rewarded to miners after a block is validated.

The Bitcoin halving aims to contain inflation by restricting the number of bitcoin in circulation.

The limit of 21 million will be reached in 2140 and from that moment onwards the Bitcoin blockchain will have to be secured via transaction fees only.

The inflationary policies pursued for decades by governments of western countries only devalues what you have over time.

The real value of the United States Dollar has steadily declined since 1980.

It’s the exact same problem with the pound, of course. The current monetary and financial system is not viable over the long term.

Conversely, Bitcoin offers you a guarantee which can easily be verified: a maximum of 21 million bitcoin will only ever exist.

Bitcoin therefore protects what you own better than the US dollar or pound has ever done or will ever do.

You don’t own Bitcoin but you do have cryptographic keys for your part of the blockchain.

As a user choosing to buy bitcoin, you don’t have to understand all of the inner workings of the Bitcoin blockchain. However, you need to understand some fundamentals.

Among the fundamentals you should bear in mind is the following fact:

You are not buying bitcoin directly but you do have the cryptographic (private) keys for a part of the Bitcoin blockchain.

This technicality may seem irrelevant.

However, it is a prerequisite in understanding the next point where I will explain why you only own your Bitcoin if you have the associated cryptographic keys.

Not Your Keys, Not Your Bitcoins

Lots of people buy Bitcoins through market leading exchange platforms like Binance and Coinbase. These are entry points for the general public and there is nothing wrong with acquiring bitcoin this way (why not read here why Binance is becoming the Coca-Cola of crypto).

The mistake that a lot of people make is leaving their bitcoin on these platforms.

As long as your Bitcoin remains on trading platforms, you do not really own them. Again, this is one of the immovable truths of Bitcoin that unfortunately many forget.

Instead, Bitcoin is a part of the blockchain that you’re in possession of

These trading platforms can be hacked, as was the case with Mt. Gox in 2014, or they can decide to ban you from using your bitcoin in the same way a bank could do with your fiat currency.

Today, it is estimated that almost 3 million bitcoins are permanently lost because either their owners have lost their cryptographic keys or they have been stolen via exchange platform hacks.

Always keep this important phrase in your head:

Not Your Keys, Not Your Bitcoin.

Once you have purchased bitcoin, the best thing is to secure them properly via a hardware wallet. You can find a selection of Bitcoin wallets here.

By owning the cryptographic keys of your bitcoin, you will truly own them and you will be able to use them as you wish without the risk of censorship.

Bitcoin has no leader

Bitcoin was created by Satoshi Nakamoto in 2009 who, well aware that Bitcoin could be a real revolution, decided to offer it to the world.

Hence why Bitcoin has no leader and instead belongs to all of its users.

The success of Bitcoin is also due to the fact that it does not have a leader and that everyone can contribute to it.

Bitcoin demonstrates true democracy that gives back power to its users. Its blockchain is permissionless and trustless.

No one can stop you downloading Bitcoin Core and becoming a node of the Bitcoin blockchain, for example.

If you are a developer, you can also choose to contribute to the source code of Bitcoin, which is completely open source.

Bitcoin belongs to everyone, which makes all the difference.

Bitcoin is based on maths

Fiat currencies are in the hands of central bankers and politicians. The constant increase in the money supply of the USD, as it becomes purposely devalued, is something you can do nothing about.

Do the monetary and economic policy choices made over the last few decades really make you want to trust those at the top?

Personally, the answer is a clear no.

These same politicians would have us believe that Bitcoin is not based on anything at all. They are wrong.

Bitcoin is based on the laws of mathematics but also on the people who trust their network.

The mathematical properties on which Bitcoin is based can be accessed within its source code.

The fundamental value of Bitcoin is therefore found in the mathematical calculations necessary to secure transactions and create new Bitcoin.

If you prefer to believe the words of politicians, Bitcoin may not be for you.

On the other hand, if you want to believe in something that is not arbitrary and that is immutable, since it is based on mathematics, you should take a closer look at Bitcoin.

One of the arguments made against Bitcoin by its fiercest opponents is that the blockchain promotes crime by allowing the laundering of dirty money.

This argument is simply not true. The general public must understand that no other currency has shown the level of transparency that Bitcoin has.

Bitcoin is completely transparent and every transaction on the blockchain is freely available to be viewed by everyone and anyone.

This means that every single transaction carried out since the creation of Bitcoin can be viewed, which explains why Bitcoin’s blockchain now is 300 gigabytes in size.

Since transactions carried out are not anonymous, people carrying out illicit activities via Bitcoin can be potentially identified.

The fact that Bitcoin does not have a leader makes it even more resistant to censorship by governments around the world. No one individual or company can be shut down in order to stop Bitcoin.

Since the creation of Bitcoin, governments of western countries have not known what to do.

They are faced with a dilemma.

Some governments choose to ban Bitcoin and cryptocurrencies in general for their citizens.

However, this ban does not change the way Bitcoin works and does not mean that the citizens of these countries have stopped using it.

Other governments are choosing to legalise it but are regulating it so that they can take advantage of the financial windfall this represents in terms of capital gains tax.

Another argument or consideration is what would happen to Bitcoin in the event of a mass internet outage.

In such an event, it would not only be Bitcoin that would be affected, but also our current financial system that heavily relies on the internet and technology.

Furthermore, startups are developing solutions to make Bitcoin resistant to such an outage through the deployment of an emergency network using specific satellite connections.

In order to better measure why Bitcoin is revolutionary, I think it is worth looking back at its fundamentals, which have made it so revolutionary thus far.

The eight hard facts about Bitcoin that I have just revealed to you will have hopefully allowed you to gain a better understanding of what makes Bitcoin so different and important for the future.