The Four Challenges That Bitcoin Must Overcome Before Mass Adoption

Block after block, month after month, Bitcoin continues to increase in popularity. Not too long ago in the early 2010s, it was a technology reserved for a few very early innovators. By the beginning of 2020, it is hard to find people who have never heard of Bitcoin. In 2017, there was a surge of Bitcoin media coverage following its historic rise to $20,000. Bitcoin then went from a phase of innovators to early adopters (based on Gartner’s adoption cycle of technology). Today, there are almost 29 million Bitcoin addresses in use. Since a user can open multiple addresses on the Bitcoin blockchain, it is difficult to estimate the actual number of Bitcoin users. 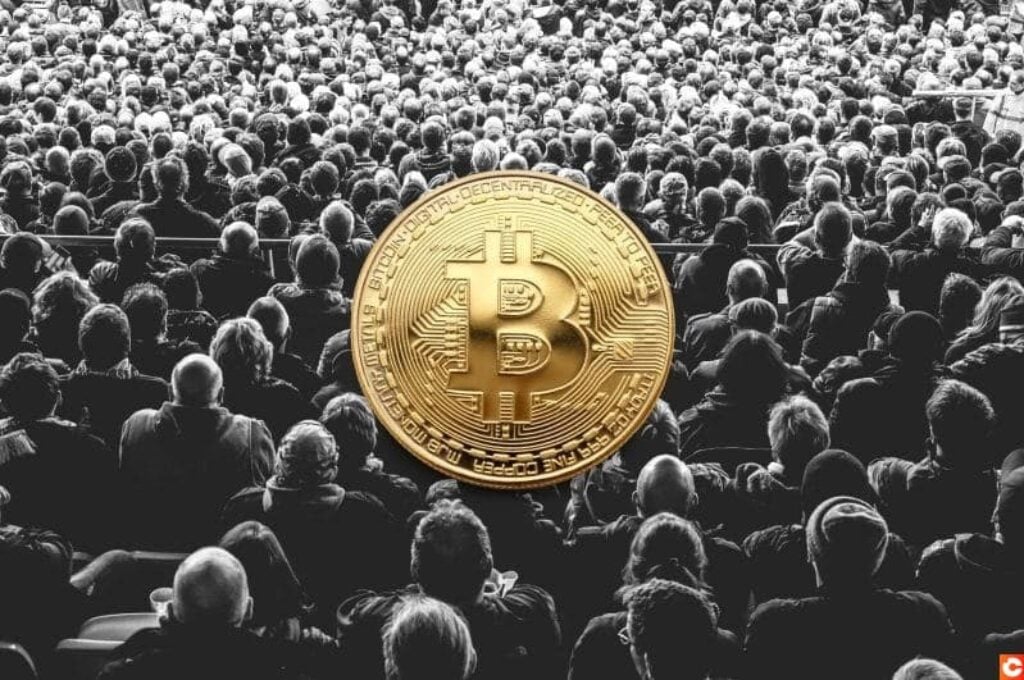 However, one thing is certain: the number is relatively tiny (regardless whether we know the true number of users or not), as it only represents a minuscule percentage of the world population that could be interested in Bitcoin in the future. Therefore, there is an extraordinary potential for growth.

Before it can hope to attract all these additional users and therefore achieve mass adoption, Bitcoin will have to overcome four major challenges in the years to come.

1. Improve the validation speed of a transaction

In order to be widely adopted by the general public as a global P2P (peer-to-peer) payment system, Bitcoin must be able to enact almost instantaneous transaction validation.

It is unimaginable for a merchant to make a customer wait 10 minutes before a transaction can be settled and be completely validated, as is the current case with Bitcoin.

However, this 10-minute delay is something that was knowingly implemented by Satoshi Nakamoto when creating Bitcoin. The difficulty of mining a block in the blockchain is automatically raised once the time period drops below 10 minutes, in order to keep the monetary creation of Bitcoin under control (like a self-regulating inflationary tool).

Therefore, the 10-minute delay is ultimately very well thought through, especially if you imagine what can happen to the Bitcoin blockchain when its transaction volume peaks, as was the case in the second half of 2017.

The average validation times for a transaction approached 30 minutes. This delay is an average, which means it masks the fact that some were subject to even longer delays.

It resulted in some users having to wait several hours before their Bitcoin transactions were completed.

The Bitcoin community is of course aware of these issues, and is already working hard to find solutions.

The Lightning Network protocol, which continues to be deployed progressively, is touted to be the solution to this issue without having to interfere with Satoshi’s 10-minute rule.

The Lightning Network allows the creation of micropayment channels for which only the final result is entered onto the blockchain. This would drastically relieve the main network of a large (but low value) number of transactions, thus speeding up the confirmation time for merchants.

With a lower transaction volume on the Bitcoin blockchain, the 10-minute limit ceases being a problem.

The development of the Lightning Network protocol for the future of Bitcoin is understandably key.

2. Bitcoin must be able to validate more than seven transactions per second

Bitcoin is miles away from the volumes that Visa can achieve, only being able to process seven transactions per second.

In all honesty, a comparison between Bitcoin and Visa is not entirely appropriate, since Bitcoin is a non-profit, fully open and decentralised system.

One day these two will lock horns more directly

On the other hand, Visa is a for-profit, closed centralised system. It is therefore much easier for Visa to offer such a performance.

Either way, Bitcoin has to take up this challenge in order to see its widespread use as a global payment system. Once again, the Lightning Network protocol seems to be the best solution to this problem.

With its micropayment channels, the Lightning Network should allow Bitcoin to be able to manage many more transactions per second.

The exact number of transactions per second that could be executed, reflecting Bitcoin’s maximum capacity once the Lightning Network has been generalised, is difficult to estimate.

We can, however, assume that the Lightning Network will make Bitcoin much more scalable as the number of nodes implementing it increases.

To give you an idea, Bitcoin could then support between 5,000 and 1 million transactions per second.

That is clearly a huge range, but it gives you a good idea of ​​what the Lightning Network could mean for the future of Bitcoin, and therefore its chances of mass adoption by the general public.

Miners provide the Bitcoin blockchain with its computing power by securing the network and allowing the validation of blocks.

In order to encourage miners to secure the Bitcoin network, Nakamoto built in two incentives:

Transaction fees vary depending on various parameters, such as the volume of transactions to be validated on the blockchain, the amount of data in a transaction and so on.

You can also choose to make the validation of your transaction priority over the other pending transactions by increasing the transaction fee that you are willing to pay.

Currently, the average cost to validate a transaction is around $0.85:

This figure may seem high, but it is a fixed cost that does not change regardless of the number of Bitcoin you transfer.

However, the problem occurs when the volume of transactions reaches record levels, as was the case at the end of 2017.

At this precise moment, we saw fees reaching an average of $55 per transaction:

Fees of this magnitude are clearly a problem for Bitcoin’s mass adoption, in terms of smaller transactions.

In my opinion, this is a major issue that Bitcoin faces, especially when you take into account that all Bitcoin will be mined by around 2140. Will its blockchain be able to sustain itself entirely through transaction costs alone?

Hopefully by then, Bitcoin will have seen a sufficient level of adoption that fees from larger transactions can compensate for the losses caused by the lack of rewards for validating a block of transactions.

This must all take place without fees becoming so absurd that no-one, apart from big players, can afford to use the Bitcoin network.

Now you should understand the magnitude of the challenge that Bitcoin faces in the years to come.

The Bitcoin blockchain is secured by the computing power made available to the network by its users, also known as miners.

At a first glance, the distribution of the hash rate on the Blockchain seems well balanced:

However, this distribution is much more centralised than it first seems.

Firstly, be aware that most of these mining pools are located in China, meaning that one country represents almost 65% of Bitcoin’s hash rate. To be more precise, Chinese entities control more than 65% of the hash rate (not 80%, as previously stated by Ripple’s boss).

In addition, Bitmain, which is a real heavyweight in the sector, controls several of the mining pools represented in this graph.

If you doubt Bitcoin is an industry, Bitmain reminds you of the contrary

By combining the hash rates of these entities, Bitmain control exceeds 30% of the overall hash rate of the Bitcoin blockchain. Bitmain also maintains very strong relationships with ViaBTC.

It is also important to bear in mind that almost a quarter of the network’s hash rate appears as unidentified on this graph.

There are many that believe this constitutes a major risk for Bitcoin’s security, considering that Bitmain could manipulate the network by taking control of more than 51% of its hash rate.

Nonetheless, this risk should be appropriately weighed up. Bitmain is, also, the largest supplier of mining ASICs with a market share of over 65%.

If it were to hack the blockchain, Bitmain would lose the trust of the whole industry, and that is clearly not in its financial interest.

Should such a situation arise, most investors in the Bitcoin blockchain would choose to withdraw their money, which would cause the price of Bitcoin to collapse and, for Bitmain, evaporate their business instantly.

The hypothesis of a hack by Bitmain therefore, in my opinion, is highly improbable.

However, for Bitcoin’s general health and since we can only rely on hard numbers to give us real guarantees, it seems essential that the distribution of hash rates is best decentralised.

This greater decentralisation is a challenge that the Bitcoin community will seriously have to consider.

It requires greater diversification of the companies producing mining equipment, but also a better geographical distribution of mining pools in order to guarantee optimal security for the Bitcoin network.

Bitcoin is a phenomenal success that has managed to reach 180 billion dollars in market capitalisation in just 11 years. Despite this, the number of Bitcoin users remains insignificant compared to the number of people on Earth.

Therefore Bitcoin has a chance to grow phenomenally. This growth potential will only be possible, however, by the mass adoption of the digital currency.

In order for this mass adoption to take place, the community will first need to successfully address the four main challenges that have been detailed above.