Sotheby’s, the oldest auction house in the world, has found a new lot to trade as NFT. Sotheby’s put one of the first copies of the US Constitution up for sale. Its current price estimate nests between $15 million and $20 million. 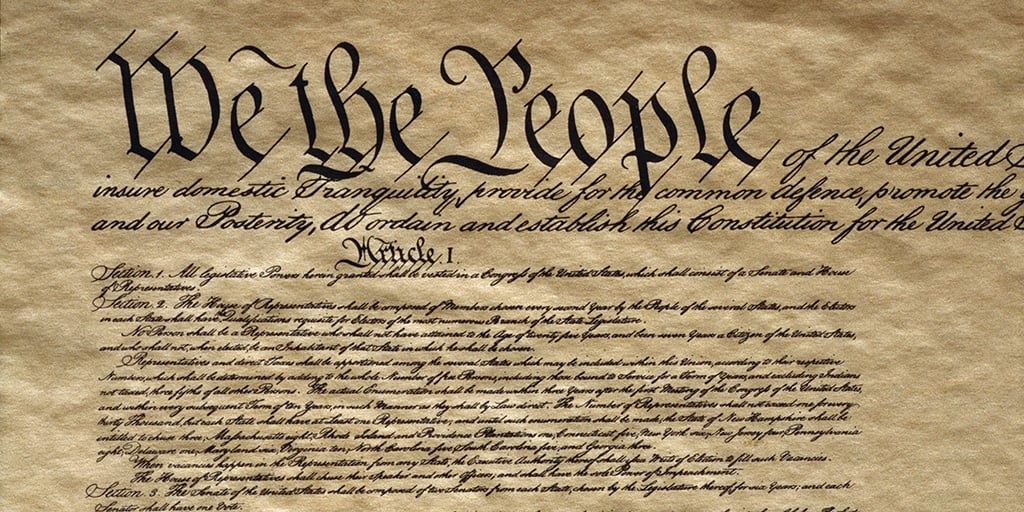 US Constitution for $20 Million in ETH

The auction, planned to be held on 18th November in New York, will showcase one of thirteen surviving early copies of the US Constitution. A total of 500 copies were produced. According to the senior vice president of Sotheby’s Shelby Kieffer, only two of the copies are currently in the possession of private collectors. The auction house estimates one early copy of the US Constitution to cost about $15 – $20 million.

Back in 1988, S. Howard Goldman purchased a copy of the Constitution for $165,000. And now his wife, Dorothy Tapper Goldman, is putting it up for auction. According to Sotheby’s, Mrs Goldman intends to donate the proceeds to charity.

The aim of ConstitutionDAO

DAO is a decentralised autonomous organisation, meaning that it doesn’t have a sole owner or a board of directors. Each member of the organisation is a full-fledged co-owner and has equal powers and unlimited access to the information the DAO possesses. Naturally, this kind of infrastructure is made possible thanks to the blockchain.

To repurchase the unique lot, a group of enthusiasts set up ConstitutionDAO to raise $20 million in ETH. Julian Weiser, one of the community members, noted that the DAO was created to bring the Goldman Constitution back into the public domain.

Sotheby’s chose the FTX cryptocurrency exchange as an auction partner. FTX is expected to take over the taking of bids in crypto and the subsequent conversion in favour of the auction house. That was announced by Brett Harrison, president of the US division of FTX.US, on Twitter:

“In the ethos and spirit of Web3, we intend to purchase The Constitution and find a home for it among the world’s finest artefacts to be preserved and enjoyed by all. We the people plan to preserve the document for the people. The ownership, of course, will reside within the DAO. We’ll fractionalize, NFT-ify, and mem-ify in the way that we do,” wrote Graham Novak, one of the architects of the project, on Discord.

It’s not the first time Sotheby’s has come in contact with the cryptocurrency market. This summer, the auction house sold the source code of the World Wide Web in the form of a non-fungible token (NFT) for $5.4 million. Seems like the potential of NFT and crypto is finally being recognised by big fiat players in the way that it should.