“In 20-30 years, fiat currencies will no longer exist.” The actor, filmmaker and martial arts expert is landing with a hop, skip and a jump into the world of NFTs. A premature announcement on his social media resulted in the post being deleted. Unfortunately for Van Damme, nothing gets past the team at CoinTribune! 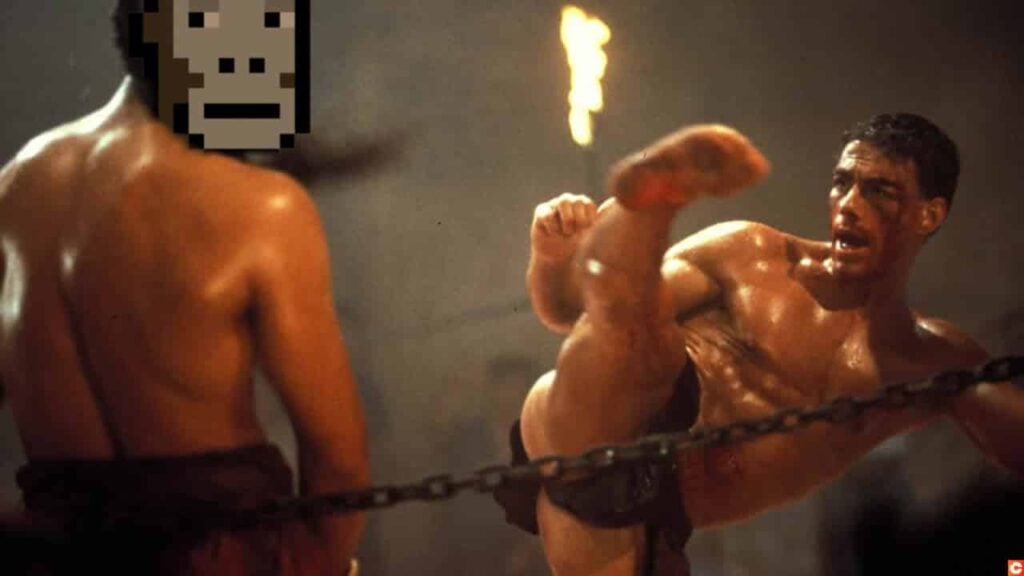 In the video, Van Damme incorrectly pronounced NFT on multiple occasions. He confused it with “KFC”, the famous fried chicken chain, “STDs”, sexually transmitted diseases, and the “KGB”, the former name of the former Soviet security services. Eventually, he landed on the correct pronunciation: NFT.

Jean Claude Van Damme when he heard about NFTs for the first time (probably).

“My motto has always been ‘reinvent yourself’. I need to reinvent myself to create… a better version of me. It is incredibly hard, and yet incredibly easy at the same time.”

With Van Damme, nothing is created or destroyed, it is simply transformed. Even the photos from ‘80s film sets.

When the Belgian polymath decides to do something, he never does it by half, even if things do not turn out as planned. It is in this spirit that we can find following written below an NFT hosted on OpenSea:

The NFT on OpenSea

It is an image from the set of the first Predator film. Van Damme was originally cast to play the role of Predator. However, destiny had other things in store for him. There are conflicting stories about the events that unfolded on set.

According to the production, Van Damme considered the costume to be far too ugly and did not get along well with the film’s team or director. It is said that he could not stop thinking about his future starring role in Bloodsport.

However, the actor insists that the main reason for his departure was that the costume was too dangerous and suffocating.

The NFT is not currently for sale. It seems Van Damme got a bit ahead of himself by announcing the item and had to later delete the post! The description of the NFT on OpenSea also hints at future NFTs in the pipeline:

To finish with some more Van Damme wisdom, perhaps he was thinking about Bitcoin (BTC) when he said the following phrase: “a single language, a single currency and no religion, and we would all get along much better.” Having said that, in light of his future NFTs, perhaps he was really thinking about Ethereum (ETH). One thing is for sure, Jean Claude Van Damme is not afraid of anyone (or any cryptocurrency)!