According to Yoanhapnews Agency, Kansong Art and Culture Foundation, owner of the historic document Hunminjeongeum Haerye, which describes the principles and history of the Korean alphabet, plans to tokenise the manuscript as a series of non-fungible tokens (NFTs), moreover, offering 100 of them for sale. 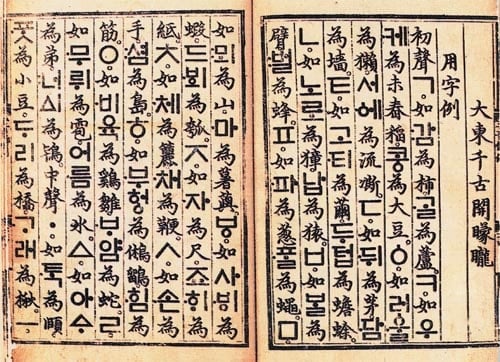 Ancient artefact gets its second wind

Hunminjeongeum Haerye is a guidebook that explains why King Sejong invented Hangul, a featural writing system for the Korean language, during his reign in the 15th century, as well as other details of the Korean alphabet. The manuscript was designated as a national treasure of Korea in 1962 and declared a Memory of the World by UNESCO in 1997.

Creators of the project intend to permanently preserve the invaluable heritage of their people in a digital form and raise funds for the Foundation to continue operating in times of financial strain.

The ancient document NFT can be purchased for 100 million won (~£63,000). If completed successfully, the project will be the world’s first attempt to turn a national treasure into a collectible digital asset using the blockchain technology.

A matter of controversy

However, the project is deemed to be likely to receive negative response from the public. After all, it resorts to commercial use of the national heritage of great significance to its historical narrative in Korea, even though the manuscript belongs to a private foundation.

The state-run Cultural Heritage Administration (CHA) of Korea is planning to look into the legitimacy of the project, as well as the potential effects the tokenisation may have on the manuscript.

The CHA approval is required for copying, photographing or video recording due to the possible negative impact on the artefact.

The Kansong Foundation founders revealed their awareness of a possible public backlash, however, they “think of the project as a new type of sponsorship, rather than hoping for an active commercial trade.”

One of the national treasures of Korea, a 15th century manuscript Hunminjeongeum Haerye, is to be turned into NFT. Kansong Art and Culture Foundation, owner of the historic document, claims the project to be a form of sponsorship aimed to contribute to the foundation development during the financial crisis. The Cultural Heritage Administration, a state body in charge of Korea’s national treasures and monuments, is going to investigate whether the manuscript can be used this way and what consequences it might entail.