The NFT fever quickly took over the industry, making digital artists and popular meme creators filthy rich. Thus, the MekaVerse collection, launched on 7th October, managed to amass about $60 million in a single day, Decrypt reports. At the moment, buyers are spending tens of thousands of dollars in Ethereum (ETH) to grab their own Meka on the secondary market. 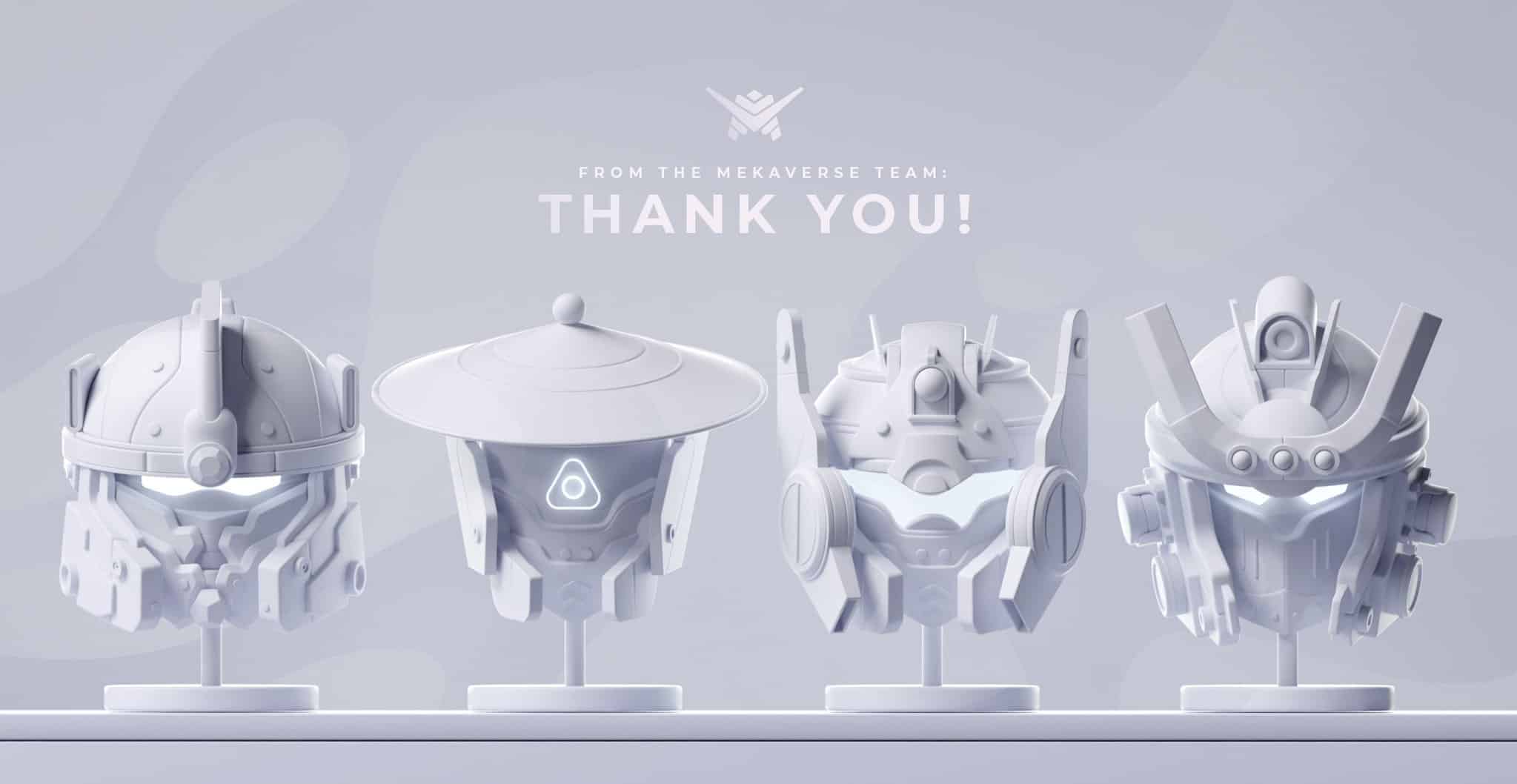 MekaVerse is a collection of 8,888 generative avatars with hundreds of different elements in them. Each piece of art is original, has its own colour palette and unique attributes. The authors, French crypto artists Matt Bracchin and Matty, were largely inspired by Japanese anime series, in particular the classic Mobile Suit Gundam.

On Thursday, 7th October, the authors faced huge demand for their digital creations. Instead of an open start of sales, the developers threw a lottery. According to the project, 172,876 digital wallets were registered to participate in the drawing. Ultimately 8,593 NFTs were sold at 0.2 ETH (£525) each. Non-minted NFTs will be used for future giveaways and promotions. This was announced on 8th October by the team on their Discord.

After all the 8,593 Mekas sold out, a surge of secondary sales started. But even second-hand buyers didn’t know up until the very last moment what they were getting. There is currently no way to tell if an NFT you’re buying has a valuable rare attribute, or if it’s something common. Every image on the OpenSea marketplace right now is an animated template. Buyers will be able to see the full images ahead of the general collection show, scheduled for 10th-11th October.

In less than 24 hours, OpenSea recorded sales of 14,832 ETH – more than £38 million. The minimum price for MekaVerse NFT is currently around 5.6 ETH (£14709), which is significantly higher than the original cost.

The MekaVerse sparks a dispute

However, the launch of MekaVerse was not without bumps. Some users were outraged by the need to log into the giveaway using a Twitter or Discord account. Others have argued that the project is essentially a big scam, pointing to an unverified Ethereum contract, a massive transfer of funds, and a lack of communication on the team’s part.

The creators announced today that the contract has been verified (as seen on Etherscan) and that funds have been transferred to a private wallet for “maximum security.”

One MekaVerse was the work of conceptualist Emerson Trung, who worked on the Doom and Transformers franchises. He recently stated that the project refused to fully pay him for his work. However, after tweeting with Braccini, Trung wrote that the team would honour their original agreement.

Avatar collections remain one of the hottest trends in NFT this year. The popular CryptoPunks, launched in 2017, have the highest selling prices, around £303k in Ethereum. Whatever the concerns, so far the MekaVerse has been showing very impressive sales figures, all the while not being a “scam”. What’s not to like?