NFT of the Day: "Doge Mining" by Ari Hersch

Today is 4th October, and here’s another part of CoinTribune’s NFT of the Day series with more not-too-trendy but deep and probably underestimated digital artworks that are fortunate enough to have taken the form of non-fungible tokens. If you’d like to see what NFT was featured in the previous instalment click here. Here we go! 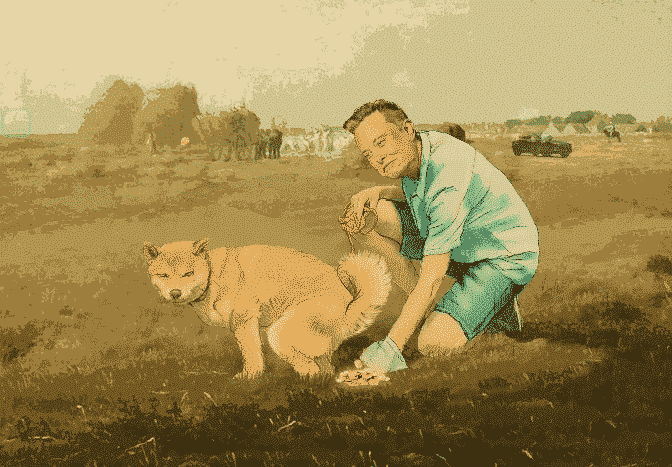 How to get rich doing nothing

This question will always remain popular. Try googling it, and you’ll immediately get tons of results like “get rich from scratch, do nothing, quickly,” etc.

The greatest minds of all time have pondered over this problem, and not all of them have managed to achieve it. But thanks to the proliferation of technology, nowadays pretty much anyone can shoot from rags to riches in no time, provided their wits and motivation are strong enough.

Today, after reading the news about Gary Vaynerchuk, I became determined to get rich by selling my kids’ NFT scribbles. After all, I haven’t kept them all these years for nothing!

Some people are lucky enough to win the jackpot or get a fat inheritance, others have nothing to count on.

Some seem to be born with this magical power: attracting money. Everything they touch seems to turn into gold or at least rise in value. Speak of the Midas touch, or the phrase “worth its weight in gold”.

Remember how powerful the words of Elon Musk are in the crypto community? With his three-to-five-word Twitter posts, he singlehandedly steers the quotes of the world’s top cryptocurrencies, and therefore, the entire economy! At this point, he’s something of a living legend, really, and today’s NFT of the day is precisely about that.

“Doge Mining” by Ari Hersch is a rather bold piece presenting us with one such way of getting rich. Whether it will work for you or not is entirely up to you. But you can always try. Be warned, however, that there’s an important prerequisite to this undertaking: you must own at least one Shiba Inu. Make sure to see to that before you try.

The author of the work, South-African-born Ari Hersch, is a self-taught artist who has already managed to reach great heights. He is in a never-ending quest to polish his skills, and his works have been shown at numerous personal and group exhibitions all over the world. When creating, he uses a broad range of tools such as pencil, pen, charcoal, watercolour, acrylic, oil paint, skillfully marrying them with digital technology.

Accompanying the NFT is a myth that reveals the origins of the Precious Doge:

“Shiba Inu are held to be near-mythical in most of the North of Blockchain Landing. Inhabitants of the North acknowledge that they are real animals, but are very rarely encountered. There are some rumours of them living in the Doge Forest near Defi. It is believed the ancient breed are able to mint Dogecoins from its faeces. There is one being that can perform this task, and that is Elonius Musk, a warlock of Defi, a wise man who claims mystical powers. Together with the rest of his order, he dwells in the mysterious House of the Undying. Even though the power of, and respect for the warlocks has considerably waned over years, many dismiss them as little more than charlatans performing parlour tricks and consuming shade of the evening. Tradition and custom have allowed Elonius Musk a place among the Thirteen.”

“Doge Mining” by Ari Hersch becomes the non-fungible token of today for a well-grounded concept of the origin of Dogecoin. Now we finally know whence they come!

What do you think of this NFT? Share your thoughts on Cointribune social media!