NFT of the Day: Tutan Karamel King by @suriyanoom

Today is 22nd September, and here’s another part of CoinTribune’s NFT of the Day series with more not-too-trendy but deep and probably underestimated digital artworks that are fortunate enough to have taken the form of non-fungible tokens. 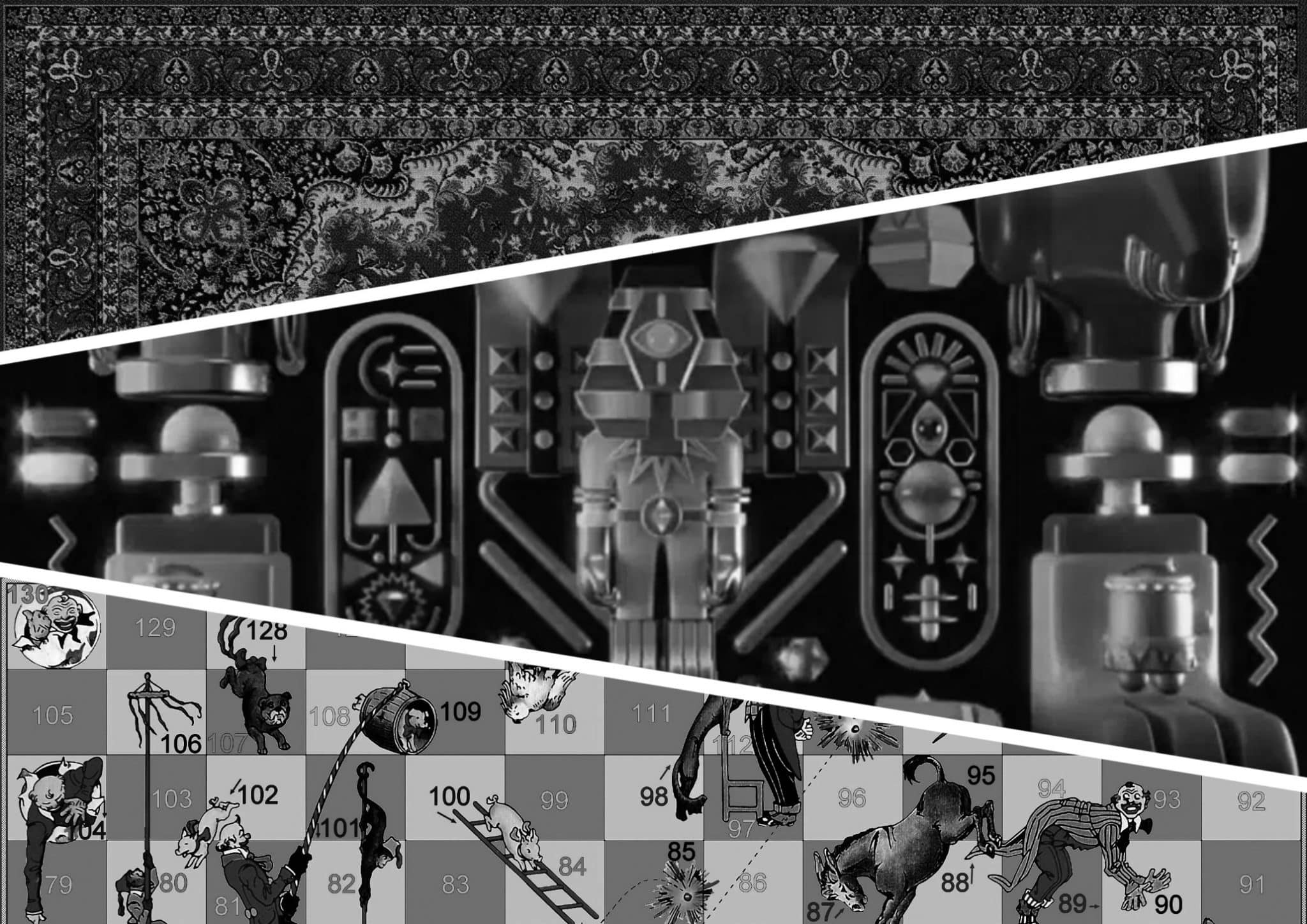 Click here to see what NFT was featured in the previous instalment.

The Chronicles of Soviet wall carpet

When I was a child, I used to spend holidays at my grandmother’s in Russia. She had a very charming cosy apartment, as most grandmothers do. One of the main inhabitants of her flat was an old wall carpet that most people who lived in the post-Soviet states had at that time. It was an objet d’art, mesmerising to look at, so I tried my best not to give it as much as a quick glance during my late-night wake-ups, as otherwise I risked being trapped..

Before going to bed, I used to investigate its intricate patterns searching for fantastical beasts in those geometric patterns. I had a Narnia in a wall carpet!

Soon enough the carpet got joined by two other objects that teased my imagination. It was a kaleidoscope and a board game “Circus”. I would have looked at the kaleidoscope forever, but my eye quickly got tired watching the patterns dance. “Circus” gave me festive extravaganza, showing all kinds of artists on the playing field at once. A metal ball launched between them flew past the designated targets, adding points in my favor.

Back to the future

What do children get mesmerised by today? Slime, squish and pop-it.

All these modern toys are something that you can touch with your hands, but there is no popular toy or game to exercise imagination.

Are all Gen Z kinesthetic now? Is the visual component no longer so important to them? Or do they fill in this gap with Youtube and Tiktok?

NFT of the Day: Tutan Karamel King by @suriyanoom

I hope “Tutan Karamel King” will forgive me comparing their NFT with my grandmother’s carpet, but it gave me the same magical feeling.

Watch you getting trapped by Tutan Karamel King.

This is one of those onion works that layer by layer lets you discover.

At first, it’s just a set of geometric shapes that interact with each other in a bizarre way. Keep your eyes on the NFT and you will see the symbolism of Egyptian myths (pyramids, sarcophagi, crocodiles, snakes, Pharaoh, etc.). Next thing, you find yourself inside this pattern wondering what is about to happen.

Have you noticed that the coffins open when an Ethereum-like figure appears, or is it just me?)

What do you think of today’s NFT? Share your thoughts on Cointribune’s social media!