It’s been a week sharp since we launched the new “NFT of the day” column, and now it’s time for us to sum up and have a look back at the NFT gems that we’ve been able to share. 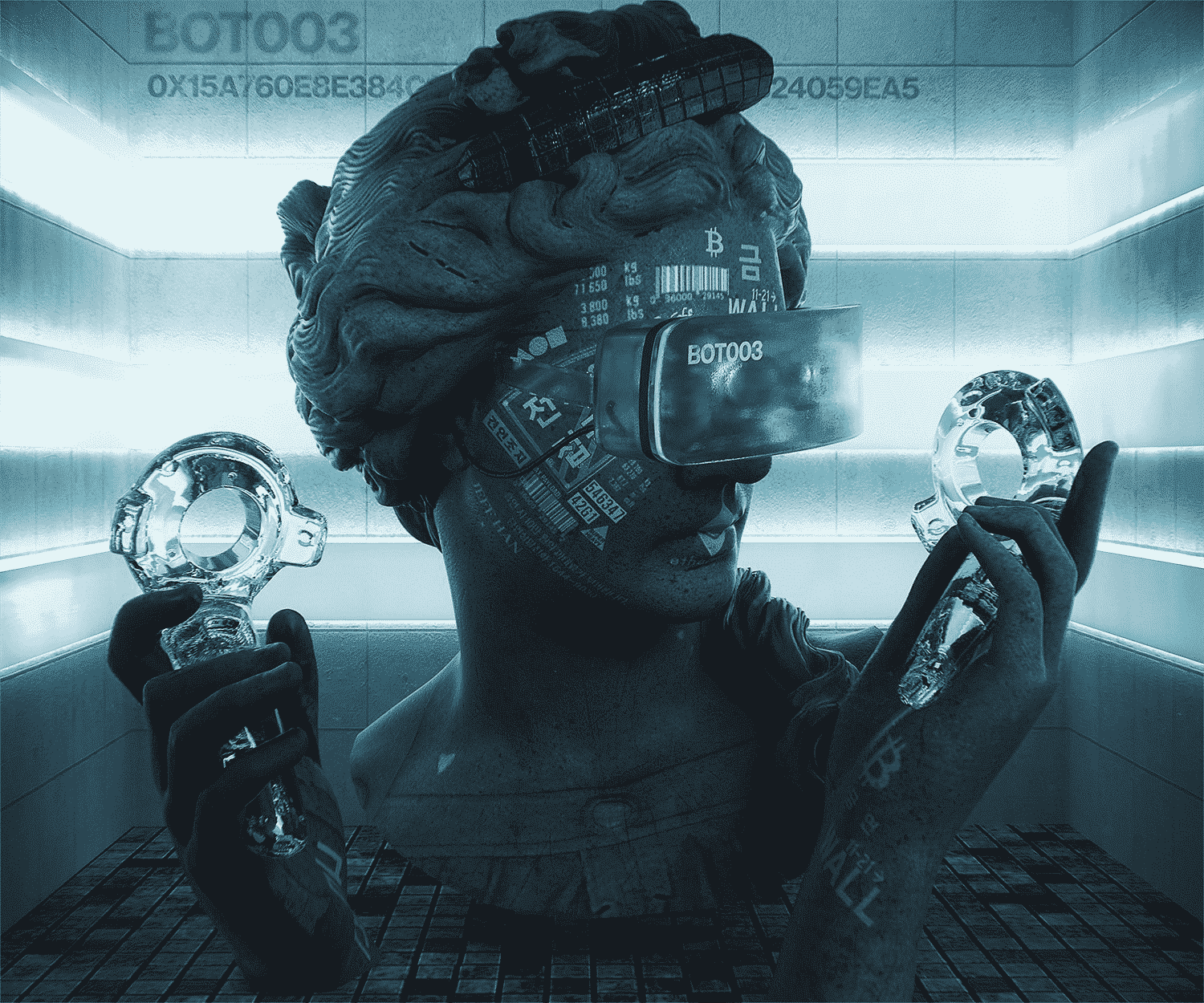 But what they all have in common is two things: first, that they have all contributed to the cause of supporting and developing the NFT market. A cause that we, as a team of crypto-minded individuals – are only happy, if not honoured, to support. And second – that each work that we shared with you is, in our opinion, a pure gem, a work of art with depth and heart that can both catch the eye and move the soul.

“Follow Your Dreams” is a picture whose idea is to call on you for action, to give you a push, and motivate you to start moving towards your goals.

The entire piece is strewn throughout with images of time, motion, resolution, and determination. It also has some restless notes and makes you think of what’s ahead, of the unknown, makes you wonder about the nature of the beginning and the end of the path you take.

Shrouded in futuro-nostalgic neon tones, it boasts a pretty unambiguous Delorean in the foreground, making it a rather neat vaporwave-inspired nod to the culture of the ’80s.

Isabella Tabacchi – “The wave and the giant”

“The wave and the giant” by the Italian photographer Isabella Tabacchi is a photograph-shaped NFT depicting a grim yet graceful seaside vista with a towering peak (the giant) enclosed amidst a restless sea with an elegant lone wave (the wave) to keep it company.

The photo speaks of the unrelenting force of the ocean, and the symbolism behind it calls up the images of the sheer strength of human resolve captured in the craggy dagger-shaped outlines of the peak. The ocean here symbolises the ruthless force of time and change, the water that cuts rock no matter how big it may be.

The wave works in stark contrast with the peak. As small and fleeting as it looks, it stands out among its element, much like the peak stands out among its own. It makes you question the difference between the giant and the wave since both are fleeting, each on their own timescale, and both will inevitably dissipate into nothingness sooner or later.

In a post-pandemic hullabaloo that is the modern world, the economy and other aspects of life are still struggling to get back on their feet, having countless people constantly suffocated with stress. Desperately gasping for breath in attempts to find at least some peace in their lives, many of them turn to digital media as the ultimate refuge for their mind & soul.

That’s exactly what “Visual Escapism – Colourfun” by jformento is trying to provide – a calm and peaceful place that draws you in immediately with its lush flamingo vibes and mollifying stillness. The effect this work has on you has been aptly described by the author as “calming the mind and popping the eyes.” We can only agree – that’s exactly what it does.

The colours seem borderline over-the-top but never quite reaching any extremes, allowing the palette to be intense while remaining incredibly easy on the eyes no matter how long you peer at the scenery.

The dream-like bloom and eerie fog of the marshy plain work like soothing balm for your nerves, making all thoughts and worries go away.

The sheer idyllic magnetism and the enthralling interplay of audio and visuals make it a perfect refuge for anyone wishing to catch a breath away from the maddening world.

“VR BøT 003” is a captivating work that makes you question the nature of anything human in an increasingly digitalised world.

“Metaverse – will have full of Bots, maybe all Bots. You wouldn’t be able to identify who’s human and who’s a bot. Can you feel a connection in the metaverse?” says the author, and it’s pretty much all in those words.

The aim of this virtual installation is to make you question the nature and the importance of anything human in the face of the rapidly evolving metaverse – a digital world that is closing in on our lives, slowly but surely becoming intertwined with reality, if not attempting to depose it. The scene is set in a sterile neatly-tiled room lit with cold flickering cyberpunk-like neon lights.

The obvious focus of the picture is the classical-looking female bust wearing a glass-made VR set.

The semi-transparent mask takes the human look away from the face and replaces it with a cold robotic gaze. Each hand is holding a VR joystick also made of glass, and the choice of material here makes you wonder if there is a message hidden behind it. Could it be a hint at just how brittle everything ‘unreal’ is?

Apart from the 3D electronics, there are symbols scattered across the bust, including the Bitcoin logo, a Wall Street sign, barcodes, and various measurements much like the ones you’d meet on a mail delivery box.

The message of the NFT is clear: you can’t tell human from digital anymore. All the lines are long since blurred, if not completely eliminated, and what we’re left with is a surreal blend of ‘natural’ and ‘virtual’, coexisting in a weird harmony inside an artificially lit space.

It’s an overall extraordinary piece made by an artist with a background in film, so no wonder it has such a dramatic effect on the viewer thanks to the adept play of light & shadow as well as the futuristic filters and post-processing.

We’re definitely looking forward to more from the author.

Andreas Wannerstedt – “Down the Rabbit Holes”

‘In another moment down went Alice after it, never once considering how in the world she was to get out again.’

Last but not least, we’d like to recap on the work by the Swiss artist Andreas Wannerstedt called “Down the Rabbit Holes“.

Andreas specialises in 3D sculptures and animation. After completing his training at Hyper Island, a prestigious Stockholm-based digital media school, he moved to Los Angeles to pursue 3D arts at Exopolis school, which gave him the chance to work with Apple and Hollywood.

So the high quality and the polish of the NFT should come as no surprise, considering Andreas’s extensive background in 3D.

It’s an impressive surreal installation wherein the author attempts to hypnotize you by the feeling of incessant movement downhill with the aid of a dozen pink balls, and – you guessed it – some “rabbit holes”.

Set in an abstract 3D space, the footage is accompanied by repeating mellow piano licks that also have this ‘tumbling’ feel to them.

Together, the visuals and the music make it an enthralling piece capable of hijacking your senses for much more than its length.

Closing thoughts & this week’s best NFT (per us)

In conclusion, we’d like to say that our thoughts and opinions on the works of the art we’re sharing are exclusively our own, and do not necessarily reflect anyone else’s. However, one thing we’re pretty positive about is that each piece is an extraordinary work of art that has vast potential. And that’s why share them.

After not too much consideration, we give the title “NFT of the week” to “VR BøT 003” by Jeff Han. We found it to be the most profound and impactful work that we’d come across, and the motives of digital utopia, raised by the author, have resonated with us on a very deep level. We hope it did with you, too.

Would you like to contribute to the next NFT Of the Day?

Drop us a line at [email protected], and make sure to attach the links to the artworks you find interesting, as well as a few words as to why exactly you think they’re worth attention. We will consider all the incoming works, and if your choice resonates with ours, it will feature in one of the upcoming NFT Of The Day’s!