US weekly magazine TIME and NFT project Cool Cats announce a collaboration aimed to create an exclusive series of non-fungible tokens based on memes. 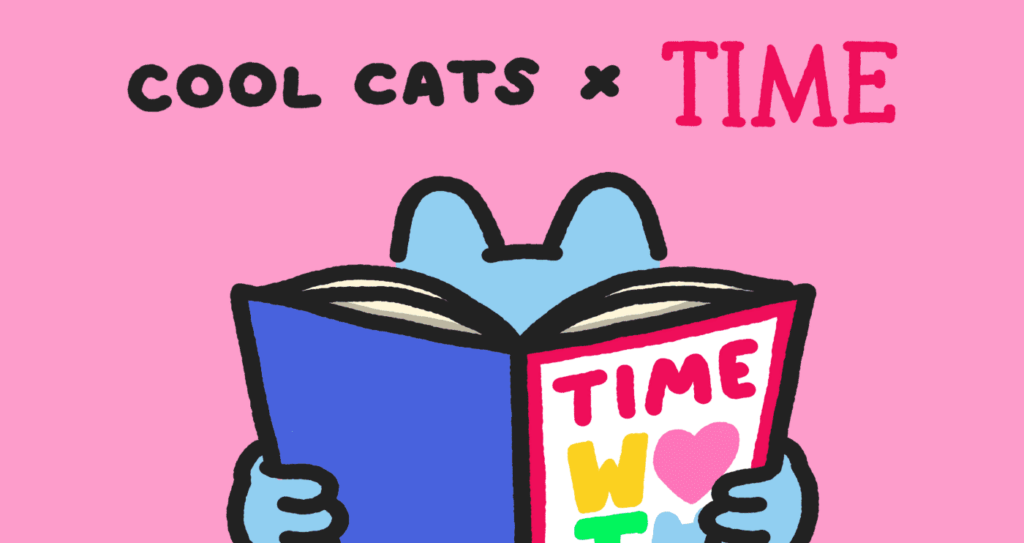 TIME has already tried to join the ongoing NFT hype supported by many authors, celebrities, athletes and even media giants. As a result, the magazine sold four of its own covers in the form of NFTs and gained $450,000 (~£325,000).

Currently, TIME is planning to team up with Cool Cats to run another ambitious digital art project.

Cool Cats and TIME are launching a new collection of 400 digital art images in four different designs. Tokens represent cats similar to those already featured as part of the original Cool Cats series, but now each pet is reading TIME.

As Cool Cats claims, the idea was given by TIME president Keith Grossman. He tweeted that TIME pursued the project because its “community exudes positivity and optimism” and that Cool Cats are “family friendly and connect cross-generationally”.

How to get new NFTs?

Unlike many other digital art sales, NFT pieces from Cool Cats and TIME won’t be auctioned but handed out in a meme competition. The creators of the eight winning memes will each receive one of the new NFTs as a prize.

The remaining 392 non-fungible tokens will be raffled off among the original Cool Cats series owners who also took part in the meme competition.

Memes are viral, so the decision to run a competition will increase the volume of trading the cat NFTs.

Back in April, TIME announced it would accept cryptocurrency payments for digital subscriptions. The magazine is also expected to team up with Grayscale Investments and hold crypto payments in BTC and not in fiat currency.

TIME shows yet another example of referring to the world of crypto! The upcoming collaboration is indeed a form of investment in its future projects. Now there is hope that someday there will finally be more public attention drawn to the international digital art community.