Are Stablecoins Backed by Gold the Future of Crypto? Part One

One of the debates that regularly whips up excitement in the financial community is talk of the search for Bitcoin’s ‘heir’, as if it were already considered old-fashioned and outdated. That’s right you need to keep up-to-date in this dynamic industry. 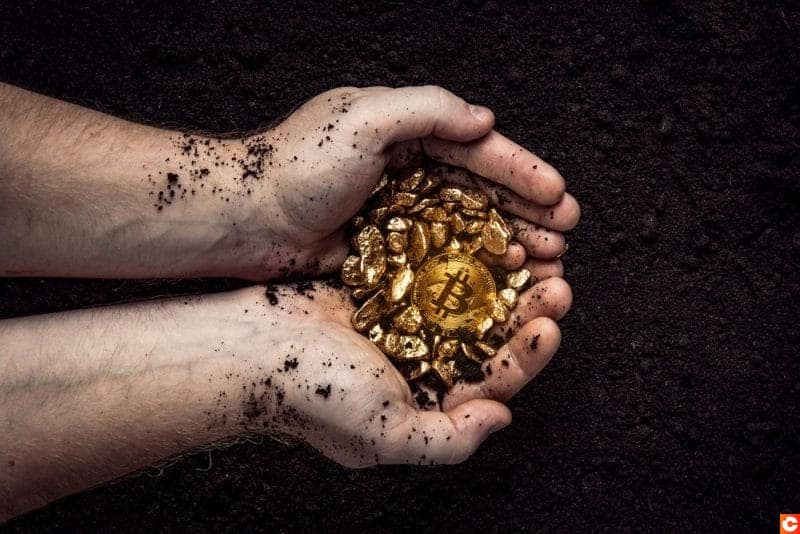 It wasn’t long ago that Litecoin, Bitcoin’s understudy, came under the spotlight, shortly followed by Ethereum, and then a slew of Chinese versions (NEO, TRON etc). These contenders have tried their luck – and even sometimes stayed in the limelight longer than expected – but these days there are some that are fighting for survival.

Now it is the turn of the wise and ‘domesticated’ cryptocurrencies, these so-called stablecoins, to be put forward as the future of the industry.

Backed by, or linked to, fiat currencies, they represent the best of both worlds: time precedence and the respectability of fiat, boosted by the innovation of crypto.

However, the fact that these hybrids host the very seed of their irreversible failure means the intimate attachment to fiat currencies will guarantee the disappearance of stablecoins once fiat’s reign concludes.

One thing is clear: if stablecoins remain an undeniable part of the crypto monetary future, then there will only be a place for currencies that can be backed by tangible assets in the world to come. If this really is what the future looks like, then you can be sure that it will probably be gold that will be enthroned as this tangible asset, just as it has done for the last 5000 years!

Few Bitcoin amateurs show the same enthusiasm for physical gold as they do crypto.

This link is, however, counter-intuitive. On the one hand, you have the original tangible material, coined by Keynes as a ‘barbarous relic’, which has been extracted, manipulated and exchanged by individuals for 50 centuries, it is a mineral forged by geological and natural means. Physical gold had as much as a practical value for workers in ancient times, as much as a more recent  ‘benchmark’ value for modern economies.

On the other, you have an eminently recent creation (of a few thousand days), digital and virtual in its strictest sense: Bitcoin. A creation by a nerd for nerds, whose complexity is as difficult to explain as its beauty, and which imposes itself further and further as a new standard.

And yet, initial impression aside, the commonalities of these two very distant concepts are obvious. I’ll spare you the classic parallels between gold and Bitcoin, essentially supposed to justify the value of the latter compared to its resemblances to the former. Examples: finite supply = scarcity and therefore value, increasing difficulty of ‘mining’ whether physical or digital, safe haven (reserve) etc.

“In an era of economic and even existential uncertainty, owning gold and Bitcoin offers the certainty of being able to cope with any situation.”

This is not the case: the similarities are more fundamental and should be searched for on a much more visceral layer. Both assets deeply embody values ​​of independence, universality and freedom that transcend physical and cultural boundaries. Whatever the circumstance, owning gold and Bitcoin offers the certainty of being able to face any situation.

In an era marred more than ever by the uncertainties of an existential crisis or the backdrop of an inevitable collapse, these criteria are decisive. At all times and places, Bitcoin and gold owners will find themselves in safer positions than those whose pockets will be stuffed with paper money of a lesser value.

What is the point of stablecoins backed by… instability?

It has not escaped anyone’s attention that stablecoins occupy and even extend beyond the crypto media sphere, continuing to be the subject of debate within central banks and major international financial institutions.. Even if it was Facebook’s vague whims and Libra project that accelerated discussions on the topic by forcing nations to think about the subject, we now know that central banks have been thinking about it for a while. For example, China recently admitted to thinking about a crypto-yuan since 2014.

The proliferation of stablecoins

Now stablecoins are ‘in fashion’: everyone wants their own! This uptick in interest can be explained in several ways:

To summarise, stablecoins would represent a perfect blend of the technological contributions of Bitcoin and its blockchain with fiats that would simply like to ‘upgrade/update’ to a version 2.0, ready to face a new century of triumphant capital growth!

I think if you have been reading enough of these articles you are sensing a “yes, but”… I won’t disappoint.

The illusory stability of fiat currencies

The few decades of relative stability of Western currencies – and above all the US$ – should not overshadow the characteristic of national currencies and their potential colossal fluctuations.  These fluctuations may be due to external causes, or inconsistent domestic policy. If it’s easy to mock Bitcoin and its supposed erratic behaviour, what about the price of the Petro-based economy of Venezuela, which has seen hyperinflation rates of up to 3,000% annually in recent years? Or the Zimbabwean Dollar, which in 2008 lost 98% of its value daily?

Perhaps these examples seem far fetched and irrelevant. However, there are still Germans that were alive during the hyperinflation of the Weimar Republic in the early 1920s, which saw it print notes to the value of 50 trillion marks by 1923!

To assume that a fiat currency is stable by nature is to be shortsighted on purpose. The dollar nor the euro is immune to such a storm. Is it important to remember that even before the 1976 Jamaica Accords, the United States had started to renounce the gold standard.

Money not backed by tangible assets: An issue of confidence

Pretty much since the beginning of money (and until quite recently), countries have based the solidity and credibility of their monetary system on the ability to convert their currency into precious metals. Users of the monetary system also based their confidence on the fact that the currency they were exchanging was either literally made up of a certain quantity of rare metal, or could be possibly exchanged at any time for said quantity.

However, as the powers that be gave up calibrating the value of their currency to tangible precious assets, confidence (the ‘social monetary contract’) changed in its very nature: users were therefore asked to no longer trust the material guarantee of ‘cold hard cash’, but the moral guarantee or, even worse, ideology.

It would now be a ‘central bank’ that would ensure that the system could work and guarantee the face value of a paper note or humble coin. It took just a few international summits, which took place behind closed doors post-World War II, to undo several thousand years of monetary practice…

That brings us to the end of the first part of this feature devoted to the subject of stablecoins and their challenges. In part two, we will explain not just why only stablecoins backed by tangible values ​​make sense in the future, but also how gold and other precious metals will have to go through tokenisation to win the fight against liquidity and keep current in the millennial new order!