Today is Friday, 10th December, and this is Cointribune’s Crypto analytics. You will learn about what’s been going on in the market, as well as what to expect next in our new article! Make sure to have a look at the previous instalment. Off we go! 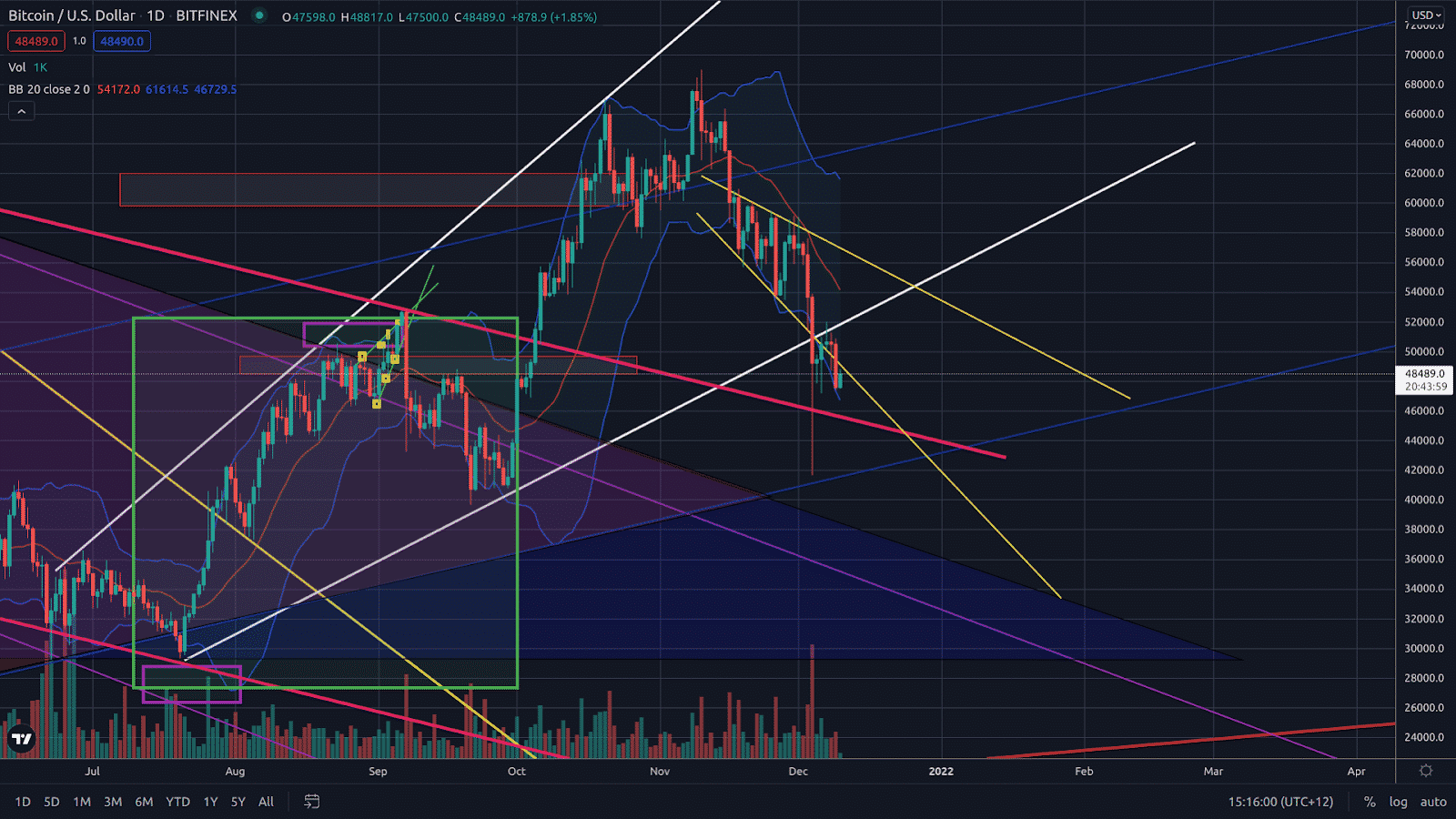 After several unsuccessful attempts to consolidate above the $50,000 mark, Bitcoin could no longer hold close to that range. As a result, we got another small drop, which ended at the $47,500 area.

At the time of writing, BTC is trading around $48,400 and it doesn’t look like its recovery will last long. Right now, the first cryptocurrency is already showing weakness again, which unambiguously hints at the lack of bulls willing to buy in the market.

We have long since left the limits of the ascending broadening trading channel. Its lower boundary could be considered support for the current global uptrend of the first cryptocurrency. What is happening on the chart now is reminiscent of the shoulder formation within the head and shoulders pattern, signalling the subsequent collapse of the asset. If the pattern is confirmed, we are likely to see a sustained collapse all the way down to the $30,000 range. A significant support at the current level for us will be the $40,000 mark.

Based on the above, I suggest you be as cautious as possible and behave as if the market has already entered a crypto winter phase. Secure your margin positions and close them if you are not sure of their relevance. Don’t sell off assets you bought on the spot. Rather, use your accumulated stablecoins to buy more altcoins during a major market crash. Of course, profits will not be as swift as they could be in a rising market, but even in periods of long declines, traders and investors can make money if they are willing to be patient.

Think of all your assets as long-term investments and remember – the crypto market always rewards the patient. Of course, this rule does not apply to margin positions. In that case, only sheer luck can help you.

Ethereum has also lost value. However, in the case of the second most capitalised digital asset, it is too early to panic. ETH is still moving within a triangle and we can only worry about a trend reversal when it drops below $4,000 and is unable to rebound.

On the other hand, a strong correction wave in Bitcoin may well change the rate of the second most capitalised cryptocurrency as well. We can only hope that the players, whose efforts have kept ETH higher even during the BTC crashes, will not leave the asset without support.