Today is Wednesday, 15th December, and this is Cointribune’s Crypto analytics. You will learn about what’s been going on in the market, as well as what to expect next in our new article! Make sure to have a look at the previous instalment. Off we go! 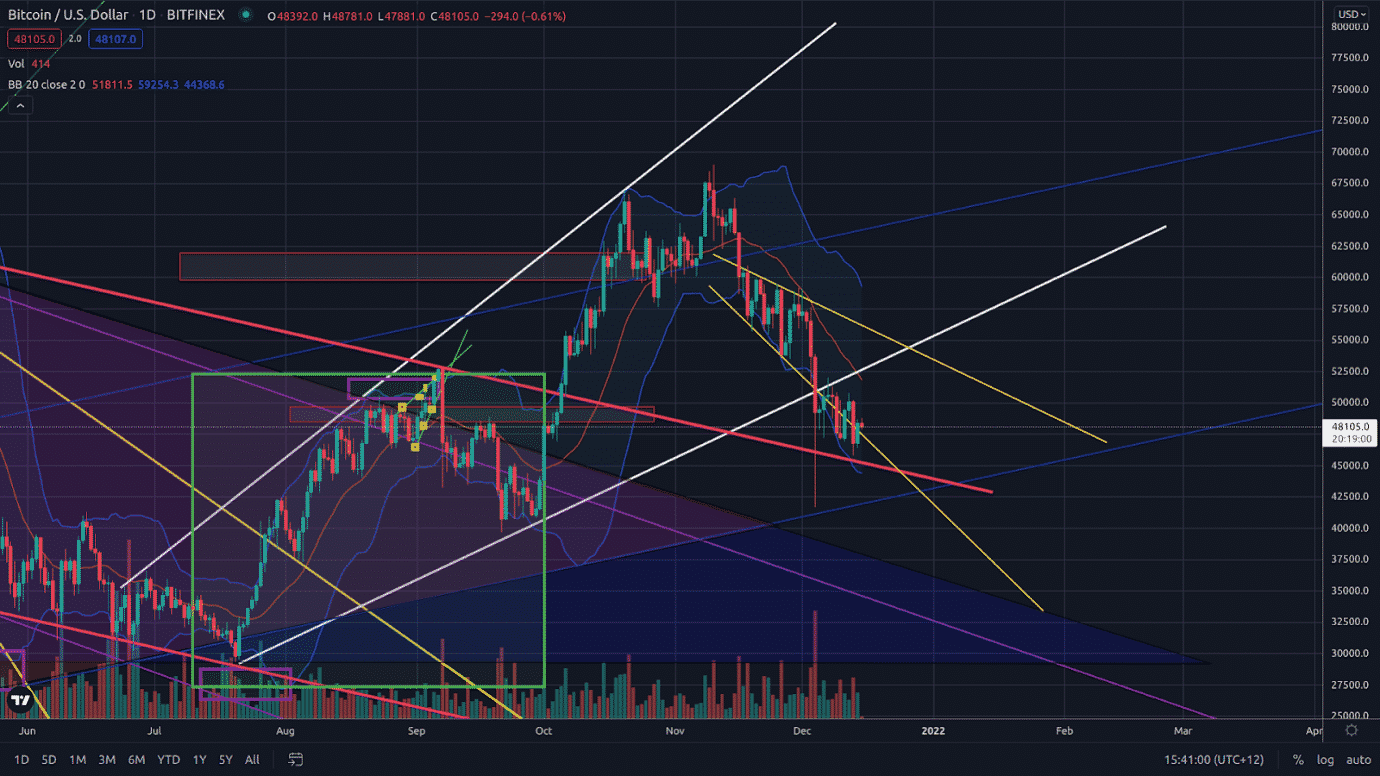 So, even though Bitcoin was ready to loosen its grip and fall lower yesterday, the day eventually ended with a slight rise for the first cryptocurrency. After touching the $46,500 level, the largest digital asset received a weak push, which nevertheless allowed it to reach the current $48,200 mark.

Does this mean that the market dump is cancelled? Unfortunately, no. Bitcoin’s new local high was again lower than its predecessor, which clearly hints at either a lack of buyers or excessive bearish pressure. Whatever the case may be, it doesn’t change the core of the problem. BTC doesn’t have enough strength to overcome the resistance. Each new attempt is just a failed retest that leads us to the moment when the market will experience another rebalancing of forces – buyers will give up and bears will push BTC lower trying to find the intrinsic value of the biggest digital asset.

The value of cryptocurrencies is determined by the supply/demand ratio. If there’s no demand, prices begin to fall. This will be facilitated by both short sellers and those of the bulls who bought BTC at its current local peak but regretted it and are now trying to break even.

The situation hasn’t changed. We are still in the head and shoulders pattern formation phase, which should result in crypto market dump. In fact, the only way to break this formation will be a strong pump, in which BTC will consolidate above $56,000. But with such insignificant forces on the buyers’ side, such growth is not possible. The scenario can only be rewritten by the big players, who are not in a hurry to enter the market, waiting for Bitcoin to bottom out.

Ethereum has finally abandoned the idea of securing a foothold above $5,000. The second most capitalised cryptocurrency is starting to lose ground, with Bitcoin’s impact on it only increasing.

It doesn’t make sense to look at these two digital assets separately for the time being. At the end of the day, it’s BTC that determines the momentum of the rest of the market.