Today is Saturday, 16th October, and this is Cointribune’s Crypto analytics. You will learn about everything that’s been going on in the market, as well as what to expect next in our new article! If you’d like to read the previous instalment, please follow the link. Off we go! 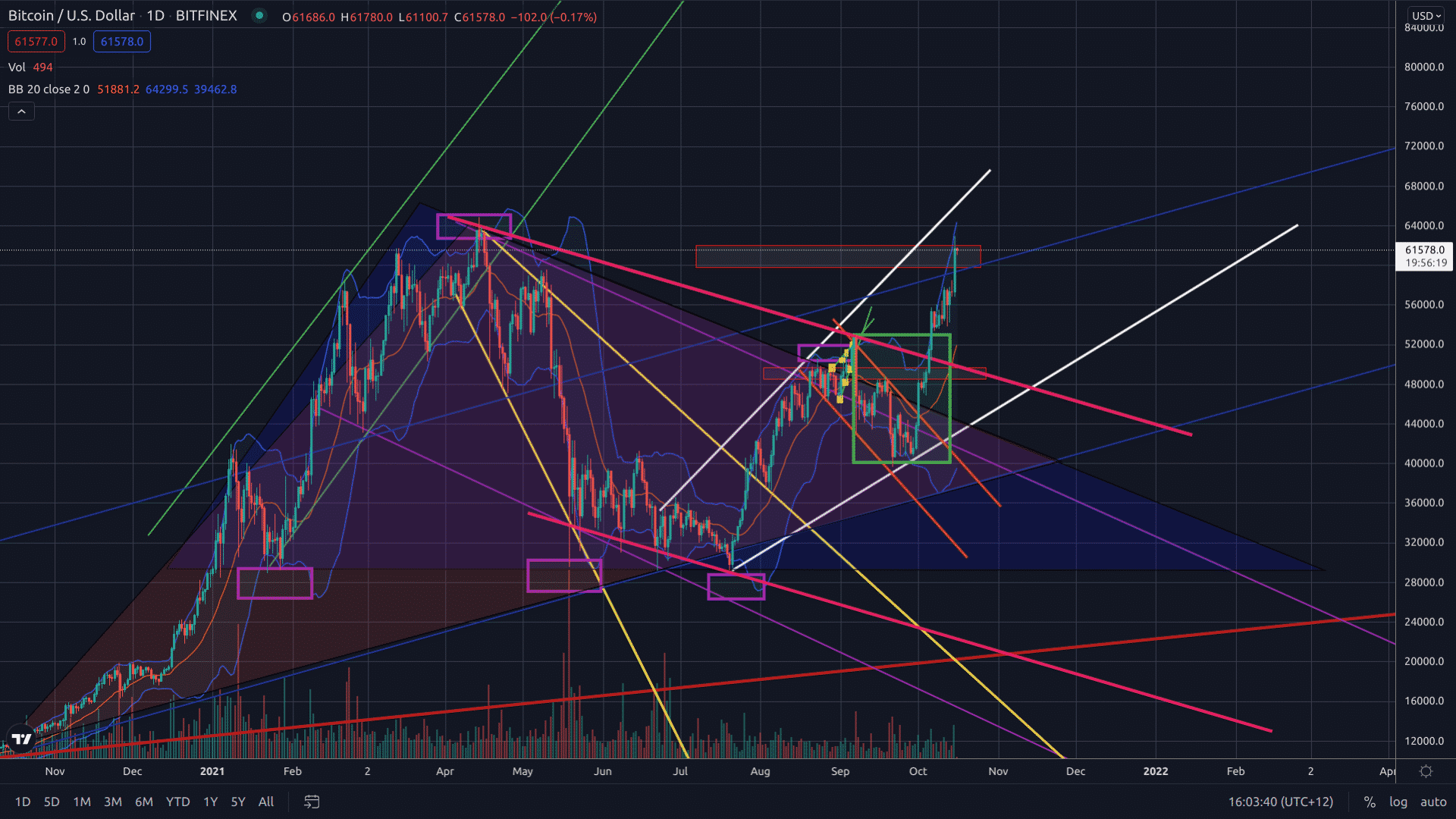 The world’s largest cryptocurrency by capitalisation has not only recovered from its bounce back to $56,000, it has even reached $63,000 at one point, finding itself just a couple of steps away from renewing its all-time high. Bitcoin has almost reached its latest absolute price high and right now the biggest digital asset is accumulating strength around $61,700. It’s possible that BTC will reach $64,000–$65,000 as soon as today or tomorrow.

For a long time, we’ve been very persistent in insisting that the market has not run out of steam yet. Even when all the other analysts were saying that cryptocurrency winter was coming. Technically, we got to where we were supposed to be eventually. A positive start to October, as well as the SEC first hinting that ETF applications would be accepted, and then confirming their words with action, helped us. So, the ETF from ProShares turned out to be finally approved, leading to the latest pump of the first cryptocurrency to $63,000.

I would strongly advise against shorting Bitcoin. However, I don’t recommend blindly following the trend either. The thing is, even though it’s highly likely that a pump will start next, which will dramatically change the thinking on Bitcoin ATH, ultimately its goal will be to drive people to euphoria and under its cover start selling large volumes of this asset and then dumping it. The longer retail players are cautious, the higher the BTC price will eventually rise.

Ethereum experienced some freedom and even made a spurt to $4,150 at one point. However, Bitcoin’s impact on the second most capitalised cryptocurrency is now stronger than ever. As soon as BTC kicks in, ETH swiftly reverses all of its recent gains, surrenders to the bears the territories it had previously conquered and falls back. However, this also means that the second most capitalised cryptocurrency will be renewing its own ATH along with BTC.

Right now, we’re at a crossroads. While ETF is a good thing, it’s still unclear how this news feed will affect the digital asset market. There has already been one precedent in the past in which an ETF launch was the starting point for a major dump and the arrival of crypto winter. I recommend being extremely cautious with trades and not neglecting stop losses.