Today is Friday, 26th November, and this is Cointribune’s Crypto analytics. You will learn about what’s been going on in the market, as well as what to expect next in our new article! Make sure to have a look at the previous instalment. Off we go! 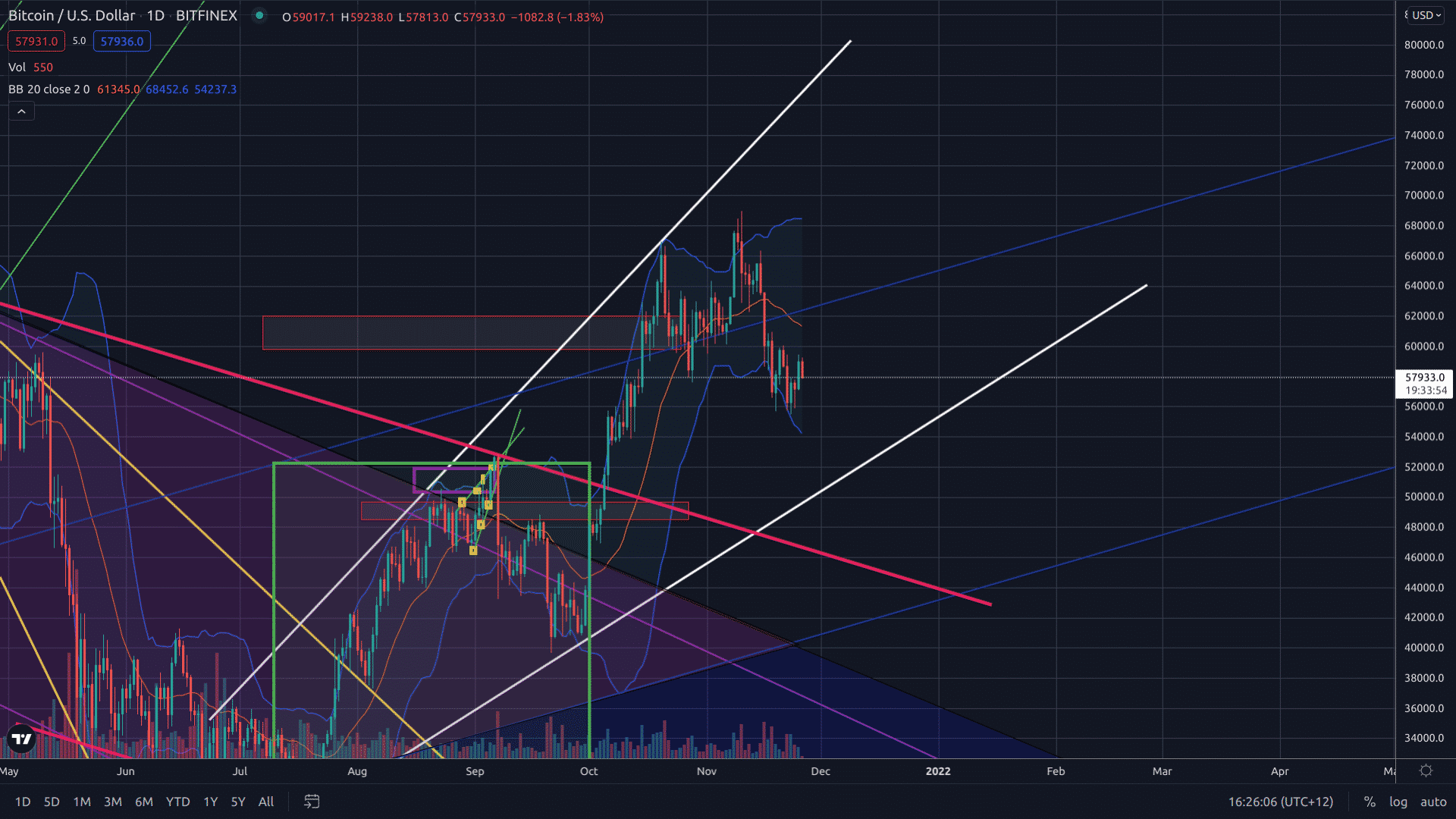 Bitcoin once again has returned to the previously obtained local maximum but couldn’t break any higher. If BTC passes above this mark, it will have a solid chance to continue growing. However, right now, the first cryptocurrency is starting to descend again, as it could not gain a foothold above the $60,000 mark and, therefore, overcome psychological resistance.

Recently, each new day for the first cryptocurrency has often been starting with recessions, even though in the first couple of hours it would show steady growth. Given this trend, it’s safe to assume that today things will keep moving at the same pace. The bulls will once again try to retest the resistance. Chances are, however, that they will fail, leading to the collapse of the largest cryptocurrency. If it dips any lower than $56000, there is a high probability that powerful movement will start and a new local minimum will be established.

The second-largest cryptocurrency by market cap continues to follow the movements of Bitcoin. Thus, Ethereum broke out somewhat and is now trading near the psychological resistance of $4500.

However, the downward dynamics of BTC is likely to make adjustments in the movement of the largest altcoin. Thus, the formation of the next local minimum may be ahead of us.

PlanB’s forecast for the end of this month was well above current BTC values. The S2F model is based on the shortage of Bitcoin. However, even if a significant part of the first cryptocurrency is in hodlers’ wallets, outside the market, that does not mean that the demand for the largest digital asset will grow. It just so happened that before buying, many players pay attention to the current price, as well as to the overall benefit of this action. And now, when BTC looks weak, a significant part of traders prefer to make deals with quick entries and exits or even rush into short positions. I believe that a much clearer signal for buying and growth will be the prevalence of open shorts in the market. After those are eliminated, the bulls will gain strength to keep pushing the price up.