Today is Tuesday, 2nd November, and this is Cointribune’s Crypto analytics. You will learn about everything that’s been going on in the market, as well as what to expect next in our new article! If you’d like to read the previous instalment, please follow the link. Off we go! 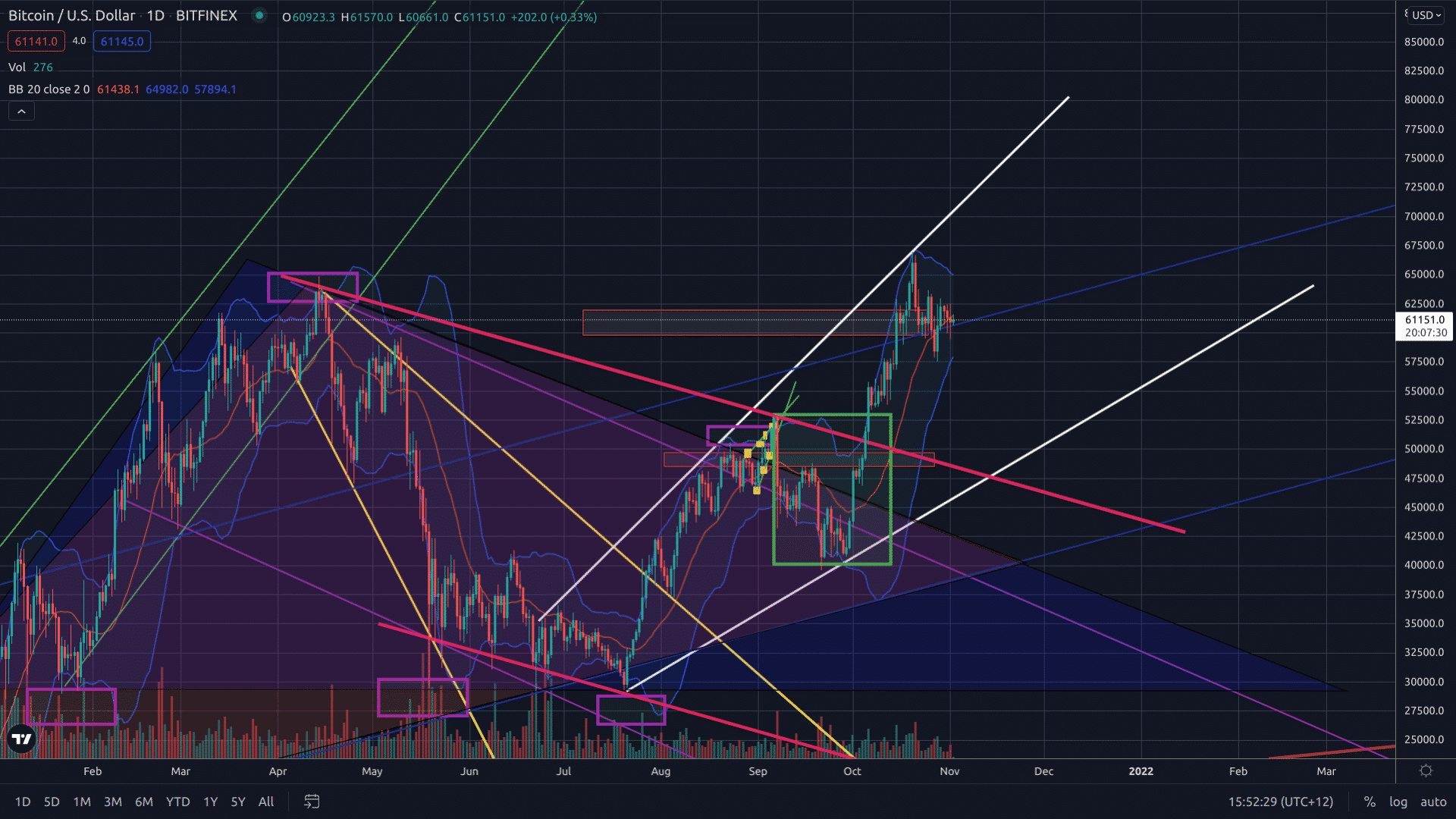 Bitcoin continues to move within the ascending broadening trading channel. At the time of writing, the biggest digital asset is trading around $61,150. At some point, it approached the $62,500 area.

BTC bounced backed after the recent crash, which speaks to the strength of the support area located in the range between $60,000 and $61,000. The price went below the upper boundary of the trading channel marked in blue several times, however, each of the cases ended with a bounce, which leads us to believe in a better outcome of this development.

On the other hand, Bitcoin has still not set a new local high. In a narrower picture, the price continues to move in a descending channel, which could signal an upcoming break of support and a sharp collapse in BTC value. In this scenario, the largest digital asset would collapse all the way down to $57,000. However, it would happen only if the support marked by the blue line fails to withstand the onslaught of the bears. But even in this case, the BTC fall won’t be a signal for the beginning of crypto winter, but a logical movement within the broadening trading channel. We touched the resistance formed by this channel but failed to cross it immediately, so the normal outcome for the asset’s price will be a move towards the support defined by the same trading channel. Therefore, even a drop as low as $45,000 would fit into the bullish picture.

So far, I don’t believe we’re in for a collapse of this magnitude. Most likely, the price will turn towards the upper boundary of the white trading range much sooner than it gets even close to the middle of the channel. Yet PlanB will have to strain to avoid telling his followers at the end of another month that the price didn’t close according to his forecast, but that’s neglectable and he wasn’t wrong. If last time it was only a 3% difference, it may be substantially larger by the end of next month.

Ethereum is still waiting for a signal to rise. The price is stuck in a range close to the all-time high renewed back in May this year. The pressure caused by this all-time high is forming a resistance zone, which to this day prevents us from climbing higher. At the time of writing, ETH is trading around $4,340.

In fact, I was amazed at how some analysts suddenly started claiming that ETH had already renewed its ATH several times. In their opinion, it happened back in the range between $4,200–$4,300, even though the second most capitalised cryptocurrency reached $4,650 already in the first half of this year.

ATH hasn’t been hit yet. Its influence is what keeps ETH from climbing higher.